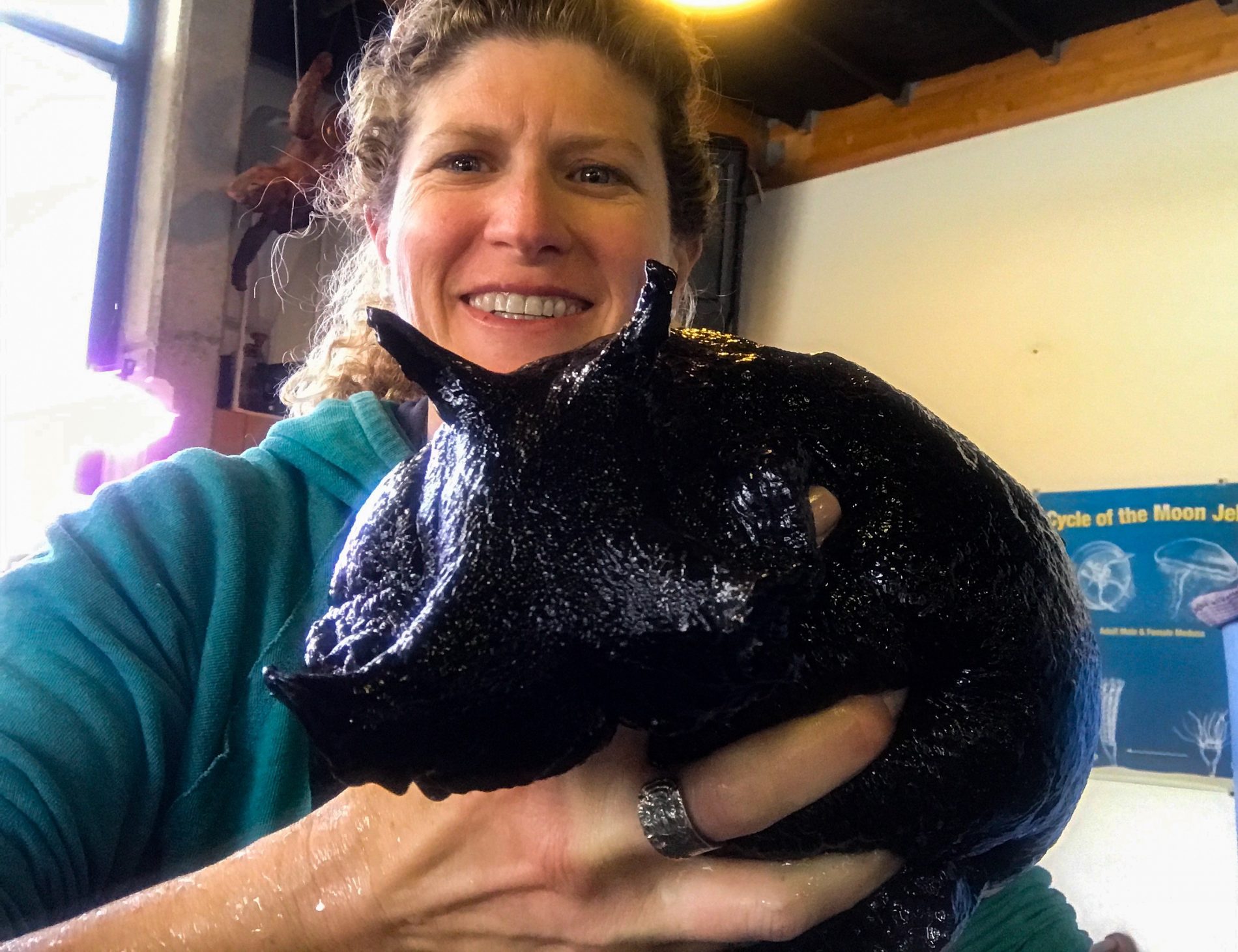 On the Ocean: Sea Slug Talk

Julianne Steers is a marine biologist and director of husbandry at the Ocean Institute. She has an extensive background in ecology, and has been researching, diving and exploring the local ecosystem for the past several decades. She recently spoke about California sea hares and black sea hares, which are currently present in abundance off Dana Point’s coastline.

In this month’s column, we discuss sea hares.

Jim Graves: What is a sea hare?

They are herbivores, surviving on a diet of algae. They live close to our shores; you can find them in tide pools. Both are native here off the California coast and down into northern Mexico.

They are also called sea slugs. They got the name hares because they have “tentacles” that look like the ears of a rabbit.

Graves: Are they the prey of any animal?

Steers: Crabs and lobsters eat them. Not-to-mention, when sea hares die, a variety of scavengers will feast on their remains.

Graves: In your personal observation, how is the sea hare population doing this year?

Steers: We’ve been seeing a plethora of them, significantly more than previous years. This is due to cooler water temperatures during the winter, which leads to a greater growth of algae, their food supply.

Graves: What are some of the unique characteristics of sea hares?

Steers: They are hermaphrodites, meaning they have both male and female reproductive organs. When threatened or stressed they can exude ink, similar to the way an octopus does. It is their way of fending off a predator. And, they are a valuable laboratory animal. Medical researchers use them in the studies of neurobiology of learning and memory. These animals have some of the largest neurons in the animal kingdom.