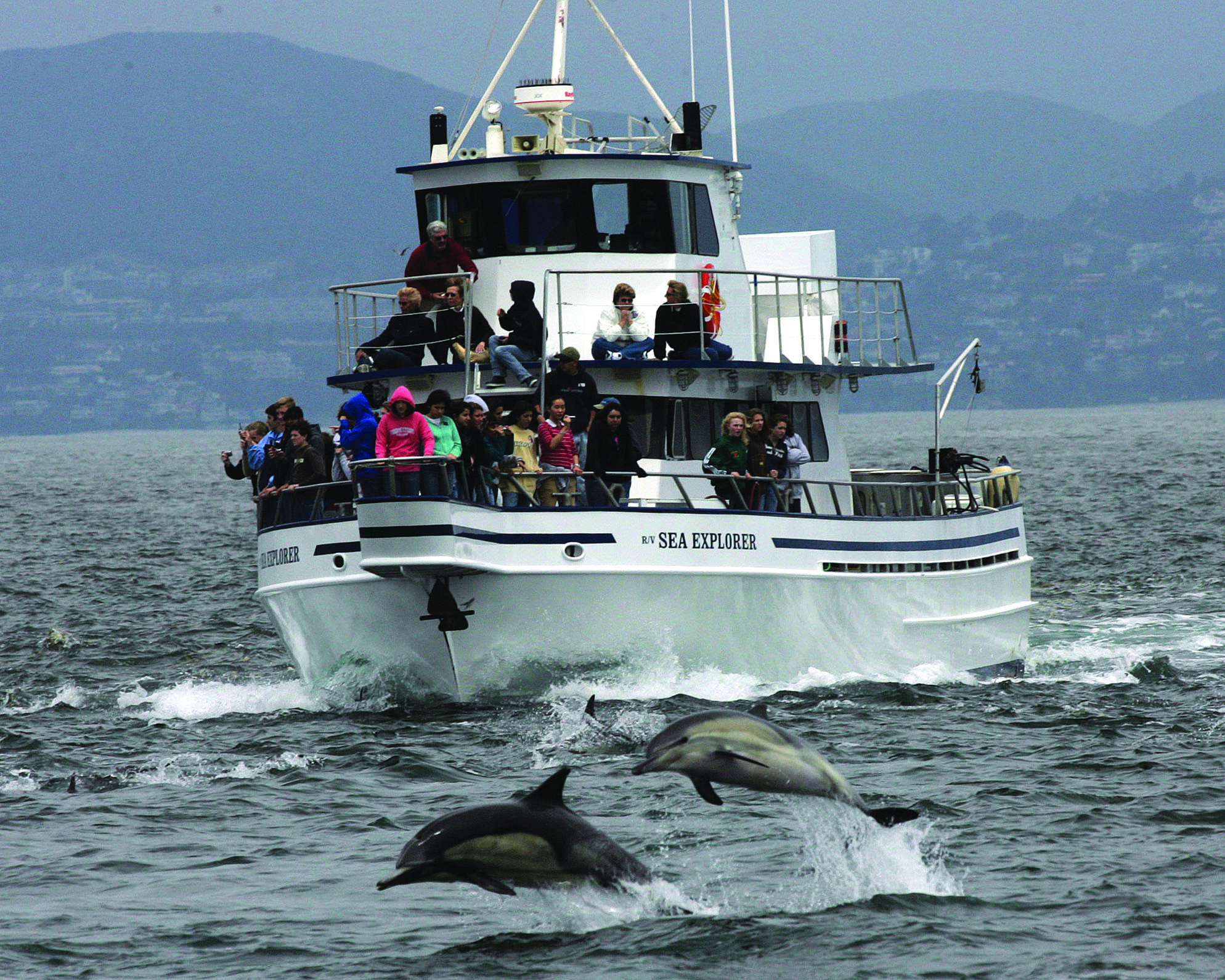 On the Ocean: Q&A with R/V Sea Explorer Captain

Mike Bursk is captain of the Ocean Institute’s R/V Sea Explorer, a 65-foot marine educational vessel. During the week, the vessel carries school children who visit the Institute to learn about ocean science; on weekends, it welcomes members of the general public for whale watching trips.

Mike earned a degree in marine vertebrate zoology from San Diego State University and has a special interest in cetaceans (whales and dolphins) and fish.

Graves: Are you seeing many grays this year?

Bursk: It’s been an average year. Year to year, our sightings are inconsistent. The previous two years were fantastic; three years ago, I went three weeks straight without seeing a single gray.

I think a reason could be the military activity we have in the area. If it is migration season and the U.S. Navy has been testing its sonar devices for a few months, we’re unlikely to see any gray whales. Or, if Camp Pendleton is conducting beach assault training, they use a hover craft that creates a vibration that drives the grays out of the area. They are sensitive to acoustics, and if they come to a zone that is “acoustically polluted,” they’ll go around it. I could probably go out 10 miles and find them, but our trips don’t go out that far.

Graves: So what are you seeing this season?

Bursk: We’ve had some good whale watches, with calm grays unconcerned about us following them. We’re also seeing a few humpback whales daily. Twenty years ago, it was highly unusual to see humpbacks in our area, but now we have some living between Dana Point and Newport Beach.

We’re also seeing three types of dolphins; on the Sea Explorer we have a hydrophone (underwater microphone) so we can broadcast the dolphins’ chatter over our PA system and an underwater camera so people can watch them dart back and forth.

Graves: You’ve said the gray whale is your favorite of marine life. Why is that?

Bursk: They’re the puppy dogs of whales. If you sit in a small boat in the lagoons on the Pacific Coast in Baja, they’ll swim right up to you and want to be scratched, just like a puppy dog. They’re the only whale like that. That’s how they stole my heart.

Graves: You authored a “Never be the Fourth Boat” pamphlet on how boats should approach gray whales. What are some tips you offered?

Bursk: First off, remember their ears are sensitive. Never zoom up to a whale, because the noise your boat puts out is like screaming in their ears. You want to drop to a dead idle a quarter mile away and creep up on the whales. Also, follow from behind; never get out in front of the whales.

Look for cues that the whales you’re following are getting stressed: a change in swimming, direction or breathing rate. If you see these signs, break off and let the whale go. We notice the biggest change in the whales’ behavior is between the arrival of the third and the fourth boat. Four boats put too much noise and too many objects in the water and cause distress to the whale, hence the name of the pamphlet.

The Ocean Institute is an ocean education center that offers in-depth marine science, maritime history and outdoor education programs. In “On the Ocean,” the Institute’s Jim Graves shares interviews and insights into the research and researchers at the facility.