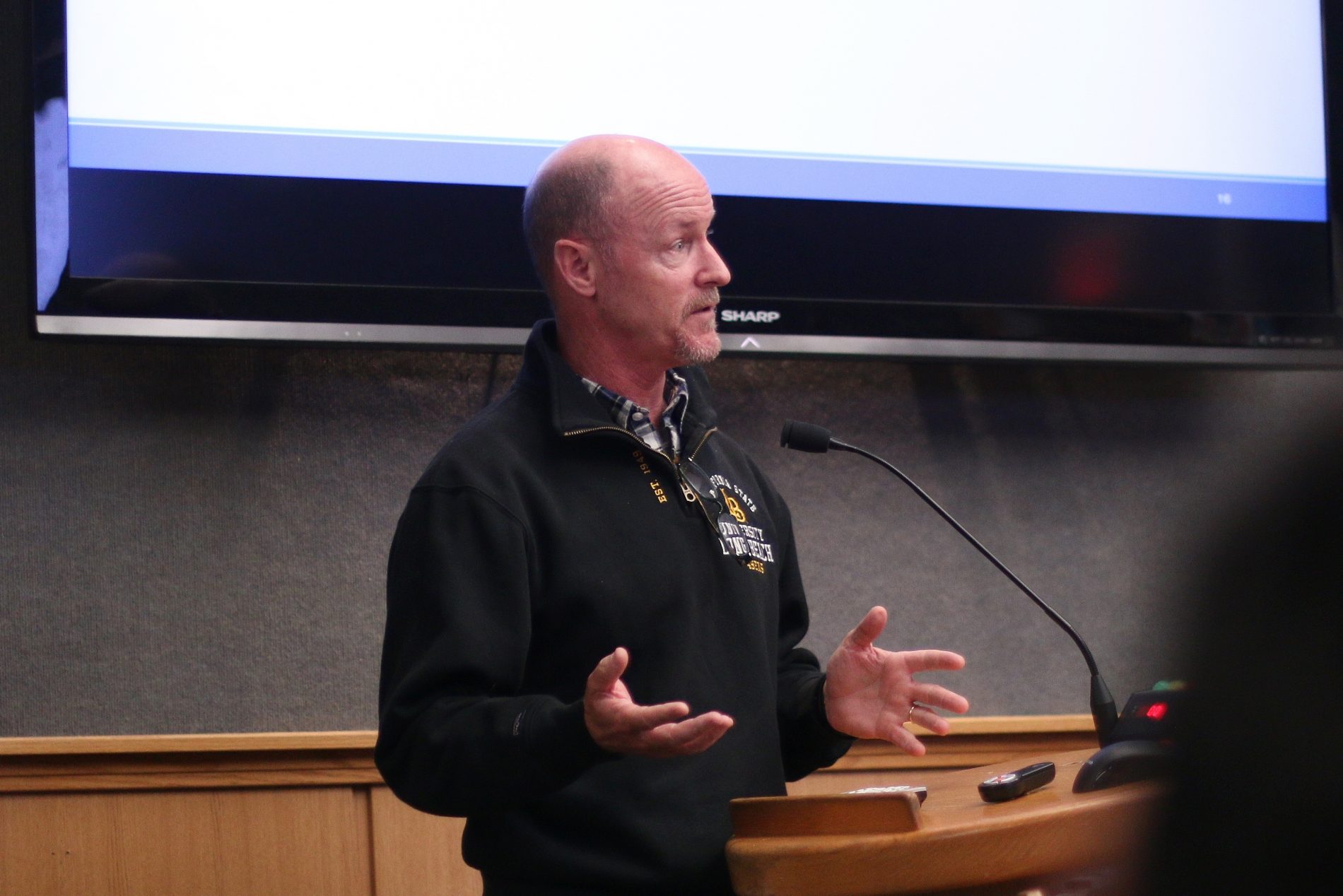 Each week more sharks are being spotted in our local waters. To discuss the increased sightings of the animals and their behaviors, the Ocean Institute will be hosting a shark expert.

Chris Lowe, Ph.D., director of the Shark Lab at Cal State University Long Beach, will be at the Ocean Institute on Thursday, June 15 from 6-8 p.m. to discuss sharks along with the research being done in the lab.

The cost of the lecture is $10 and registration can be done online at www.ocean-institute.org/event/guest-lecture-series-sharks or by calling 949.496.2274.

On Tuesday, June 6, Lowe appeared at the San Clemente City Council to discuss the recent activity.

“What we’re seeing is something that hasn’t happened in (southern) California in 200 years,” Lowe said during the meeting. “This is not their main hangout.”

Lowe said the sharks he’s tracked from Belmont Shore have been tracked to Dana Point; however, the sharks tracked in Dana Point have not been leaving.

Doors will open at 6 p.m. and the lecture will begin at 6:15 p.m. After, Ocean Institute naturalists will have the touch tanks open and hands-on activities.