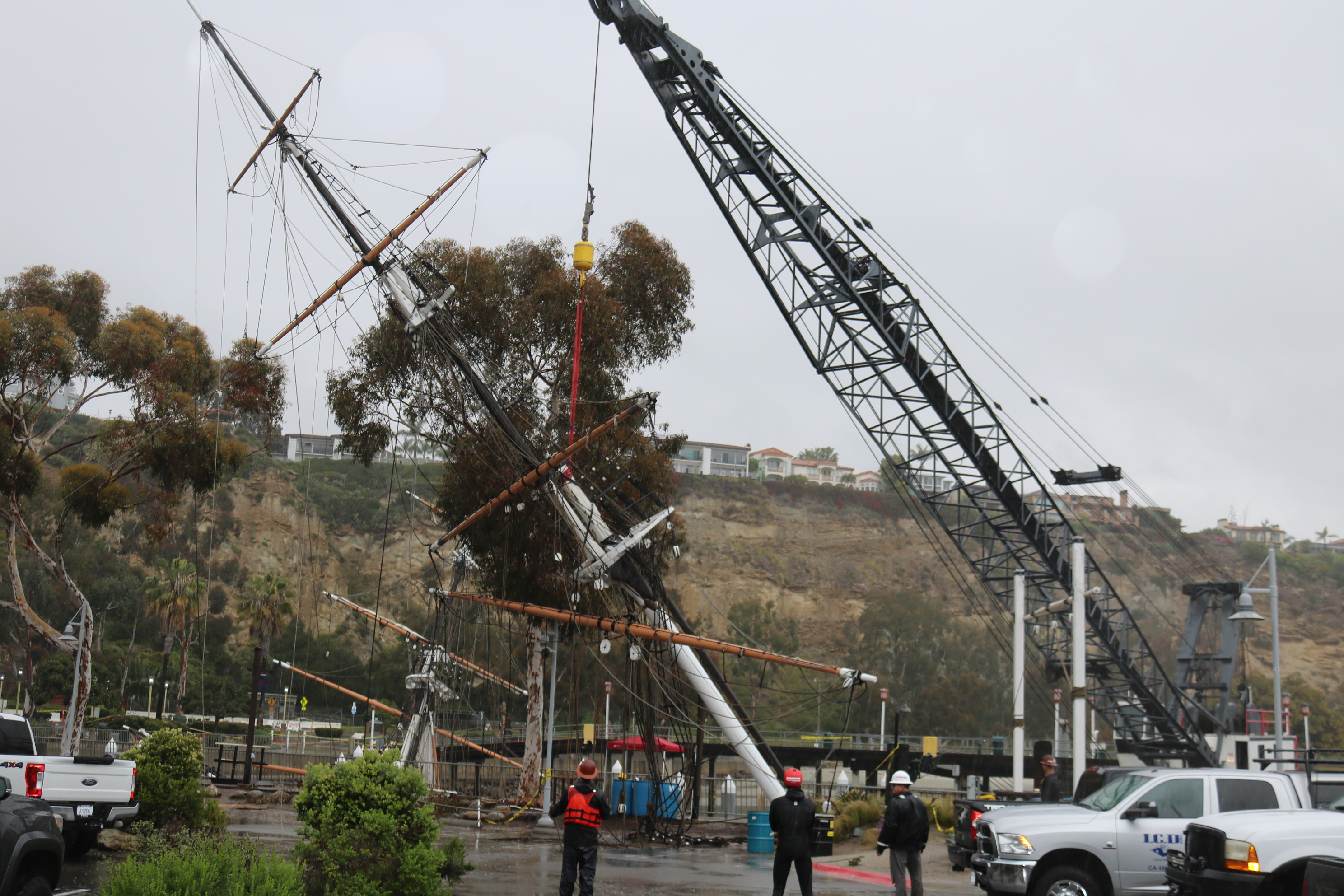 The Ocean Institute will be holding an online auction to bid off notable artifacts of the Pilgrim on Friday, June 12 at 6 p.m.

The Pilgrim, a tall ship and Dana Point staple, sunk at her slip on early Sunday, March 29. The once three-masted schooner was a full-sized 1945 replica of the merchant ship that Richard Henry Dana detailed in his classic novel Two Years Before the Mast. The regional icon was a sought-after fieldtrip destination for students for several decades.

“Around 5:15 a.m., I got a call letting me know that the Pilgrim had listed on its side and had sunk,” said Dan Goldbacher, director of maritime for Ocean Institute. “Throughout the entire process, we were working to salvage everything we possibly could. The boat mattered to a lot of people.”

Valued at $6 million, the Pilgrim sank in the Dana Point Harbor in approximately 10 feet of water. Efforts were made to lift the vessel to no avail. Crews worked to salvage what they could and the rest was demolished and removed from her slip.

Goldbacher says the goal of the auction is to fundraise as much as possible to transition back toward relatively regular operation. Ocean Institute has been closed to the public since March, due to state directives meant to combat spread of COVID-19. Due to the stay-at-home order, the institute had to postpone its biggest fundraiser of the year, the Ocean Institute Fest and Culinary-Music Festival, formerly known as the Jazz Festival.

Some items include Pilgrim nameplates, Pilgrim fastener plaques made from the Pilgrim’s hull and boarding ladders.

“This is a chance for people to have a piece of history in their home and be able to give back to a non-profit,” Goldbacher said. “We want to be here to support the community, support Orange County, support our schools.”