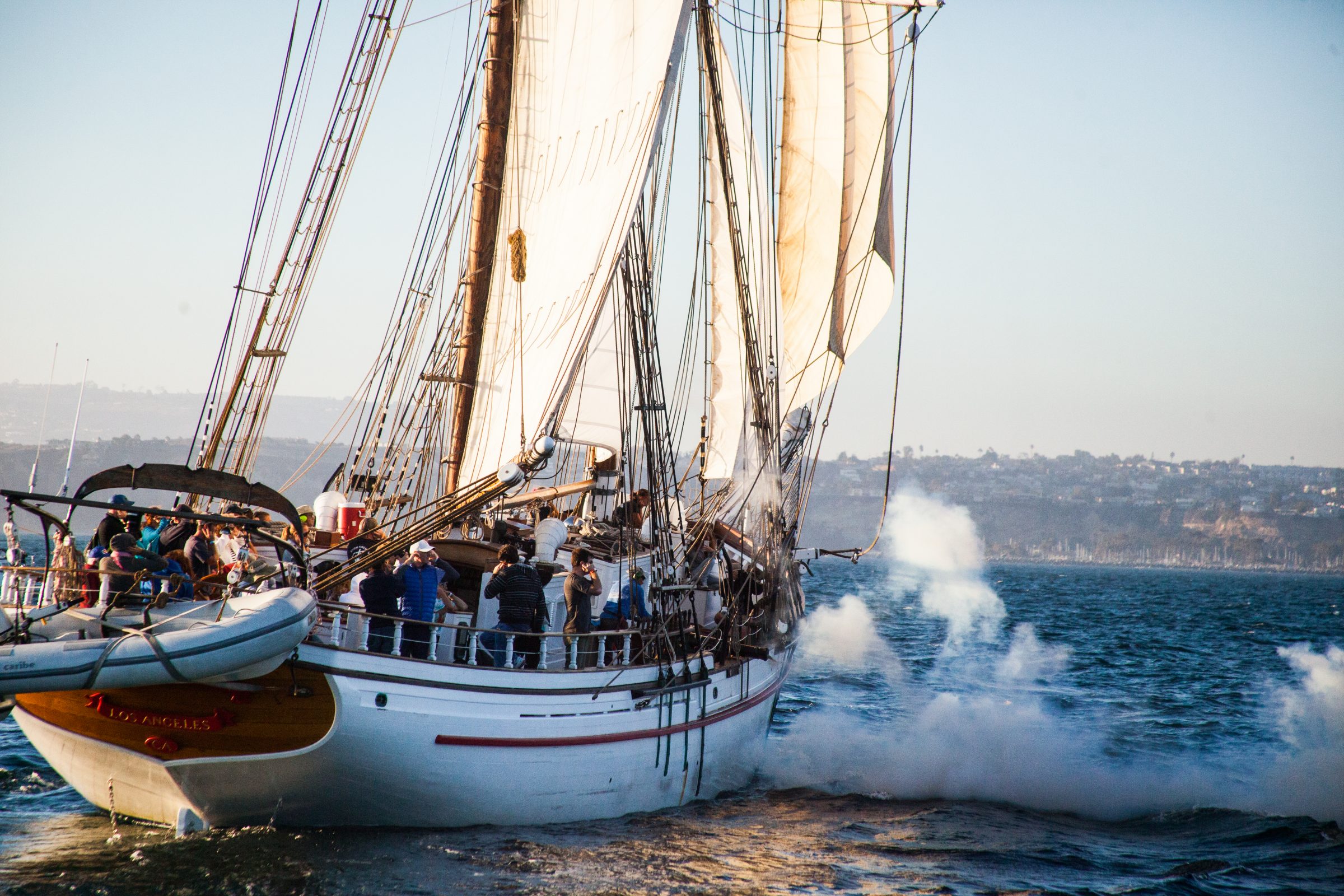 On the Ocean: The History and Education Available Onboard Tall Ships

This week, I spoke with Dan Goldbacher, the Ocean Institute’s director of maritime programs. In this role, he oversees education programs that occur on the Institute’s two tall ships, the Pilgrim and the Spirit of Dana Point.

Graves: Tell me about the Ocean Institute’s tall ships.

Goldbacher: The Pilgrim is a replica of the merchant ship that Richard Henry Dana sailed from Boston to California in 1835, as described in his memoir Two Years Before the Mast. It is a wooden sailing vessel known as a brig, with two masts with square sails. The current ship was retrofitted from a three-masted schooner built in Denmark in the 1970s.

Graves: How are the ships maintained?

Goldbacher: Both ships are primarily maintained by a group of dedicated volunteers. They go aloft to check the rig, paint, perform general maintenance and work on the ships’ diesel engines. Without these volunteers, we would not have these ships as a teaching platform for more than 10,000 students annually. More volunteers are always welcome!

Graves: What are some of the things students learn on these ships?

Goldbacher: We’ve been doing programs for more than 30 years. The first was “Before the Mast Overnight,” an 18-hour experience onboard the Pilgrim. Students serve as crewmen just as Dana did in 1834. They prepare meals, learn to row, collect cattle hides, go “a loft” and set sails. Its goal is to have students experience the hardships of being thousands of miles away from home without ever leaving the dock in Dana Point Harbor.

We also have a “Revolutionary Voyage Overnight,” where students help supply General George Washington in his efforts to secure the future of our young nation.

We have several day programs, such as our new “Patriots, Pirates and Privateers,” where students answer the call of the Continental Congress by enlisting as privateers aboard the Spirit of Dana Point. We do a Catalina Island trip for our older kids. With summer camps coming up, we’ll be busy.

Graves: Can the general public also go out for a sail?

Goldbacher: Yes. During our “Pirates, Patriots, and Privateers Adventure Sail” guests help haul lines, raise sail, take the helm and enjoy a beautiful view of the Headlands which Dana once called “the only romantic spot on the coast.” For landlubbers, we also offer dockside tours of the Pilgrim on Sundays.

Graves: Tell me about the tall ship cannon battles held during the annual Tall Ships Festival in September.

Goldbacher: We invite ships from up and down the West Coast to participate in mock cannon battles, where everything except the cannon balls are real. The ships tack and maneuver to gain the best position on one another. When the time is right, boom, they fire blanks at the other ships. The ships’ guests get to keep track of the hits by listening to the reverberating sound of the cannon blast on the other ships.

For more information on the Ocean Institute, visit www.ocean-institute.org.