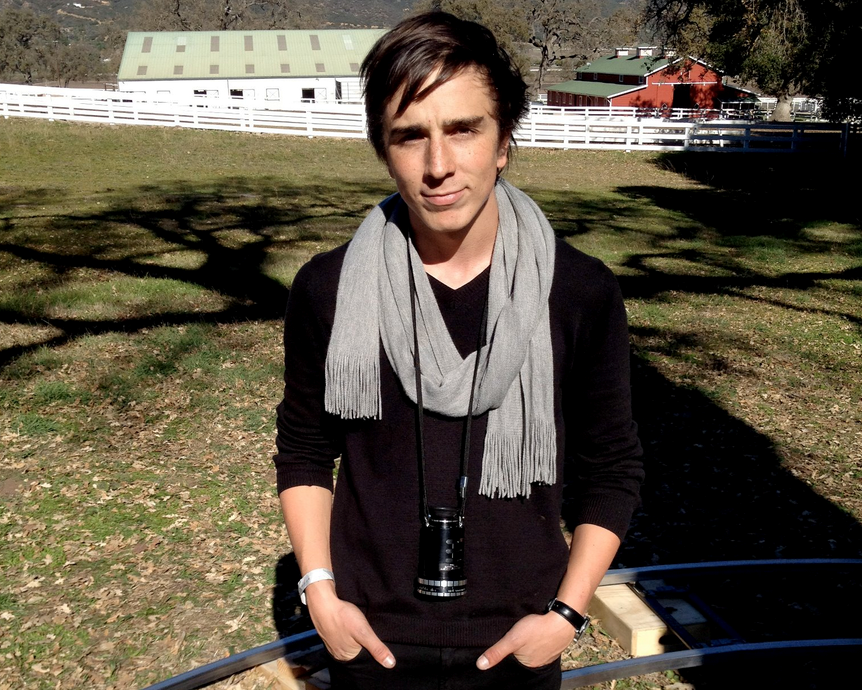 Every community has one local who goes off to become famous or very successful. But, in Southern California the chances can be higher given the proximity to Hollywood.

Kevin Slee dreamed of making films throughout his childhood, and at only 24, he is already a steady independent filmmaker and producer. His latest film endeavor, Blake Robbins’ The Sublime and Beautiful, was featured at Park City’s Slamdance Film Festival in January. Add that to working behind the scenes of two big Hollywood features within the last year, Slee is hardly struggling.

Growing up in Laguna Niguel, Slee had big ambitions to be involved in all aspects of movie making.

“I was always telling stories as a kid, beginning with home videos,” Kevin said.

As a student at Niguel Hills Middle School, he was already creating short films with friends and locals across Laguna Niguel, Dana Point and San Clemente. Back then, Slee’s films centered on skateboarding and surfing.

By the time he got to Dana Hills High School, Slee tried photography, before attending film courses at Saddleback Community College and later a summer residency at Chapman University. The latter would become his alma mater for film school. While studying photography, Slee began learning the process of screenwriting as well.

Slee was already working on professional motion pictures by the time he was a freshman in college through an internship with David Foster Productions. The experience would land him jobs on the sets of Hollywood movies, which he still makes time for these days also. He was a part of the productions of Saving Mr. Banks (2013) and Veronica Mars (2014) as an assistant, and Slee considers the experiences “amazing opportunities.”

He has also worked as a producer on three shorts and four feature-length films, including Steven Sprung’s Dispatch, which was shown at the Hollywood Film Festival in 2011; Chris Geukens’ Step 17, which won Best Short Film at the Orange County Film Festival in 2007; and now Sublime and Beautiful shown at Slamdance. Slee also wrote and directed eight of his own features, such as The King of the Jews (2009) and Good Knight (2012).

A native of Orange County, Slee visits his family and friends in Laguna Niguel and Dana Point mostly during the holidays and even made a trip back to Dana Point to film a work during college.

These days, he’s furthering his career in Santa Monica while living in Hollywood.

Kevin said he enjoys all aspects of filmmaking, whether it is crew work, writing or producing, and he plans on making movies commercially and independently. The young filmmaker believes that “specialty and honesty make a film good.”