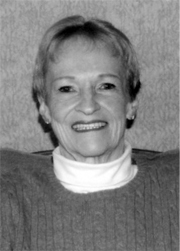 Ellen Judith (Freihammer) Zines, 75, of San Clemente, passed away peacefully surrounded by her loving family on September 11, 2015.  She was born February 28, 1940 in Whitefish Bay, WI. She graduated from Whitefish Bay High School in 1957. She followed her sister Joan to California in 1957. She then met Joseph Zines in 1960 and they were married on November 11, 1960.

They had four children and lived in West Covina until they moved the family to Capistrano Beach in 1973. She worked as a vocational rehabilitation counselor for many years and then became a real estate agent. One of her passions was horses; she loved her horse September Song which she competed in dressage and jumping. Her sense of humor and quick wittedness will be missed dearly.