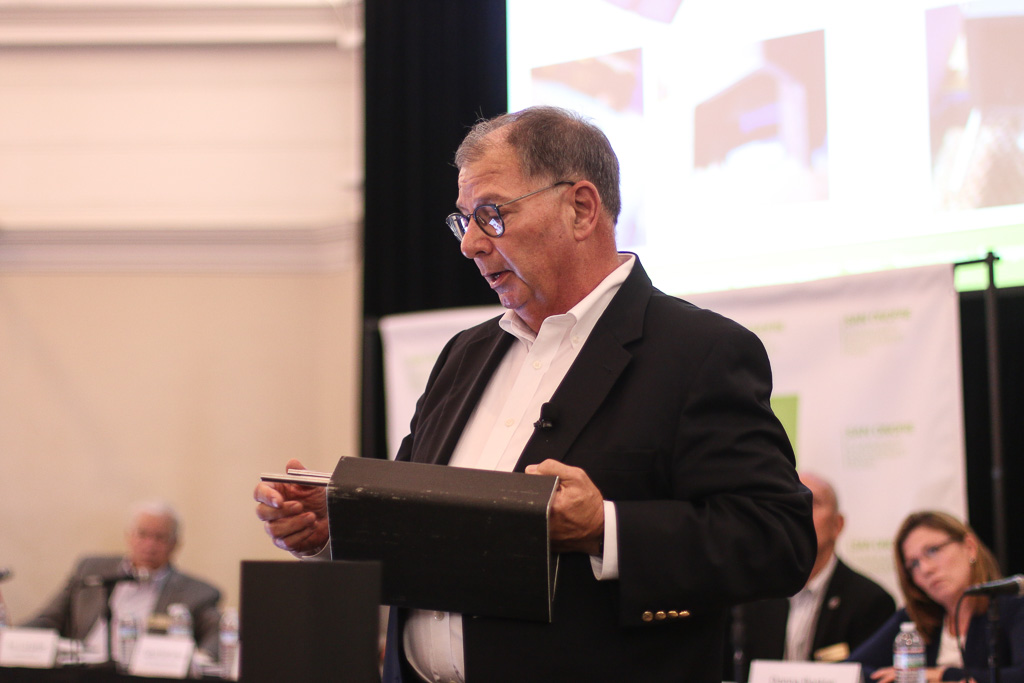 The Nuclear Regulatory Commission (NRC) on Wednesday, Jan. 2 announced that it will host another webinar regarding the canisters that store spent nuclear fuel at San Onofre Nuclear Generating Station (SONGS), this time related to the design of those canisters.

One of the casks from Holtec International Inc., the manufacturer of the latest canisters to be loaded at SONGS, was deemed to have an inadequacy, explained by Southern California Edison in June that one of the pins of the ventilation system in the bottom of one of the canisters broke off.

“The apparent violations stem from an incident last March, when workers at the San Onofre Nuclear Generating Station discovered a loose four-inch stainless steel pin at the bottom of a canister as it was being prepared to be loaded with spent fuel,” a press release from the NRC stated. “The pin was part of a shim designed to support the fuel basket and allow airflow to the fuel assemblies within the canister. As such, the shim is considered essential to the function of the fuel basket.”

At the time, the canister registered higher-than-average radiation levels, but its maximum allowable temperature was not exceeded.

The press release did not go into detail about the webinar, but it did say two NRC violations were identified in the incident.

“The NRC determined Holtec, when it changed the shim to the pin design in 2016, failed to establish adequate design control measures for selecting and applying materials, parts, equipment and processes essential to the function of safety-related structures, systems and components,” the press release stated. “Holtec also failed to maintain written records of changes to its canister design, including an evaluation of why the design change could be implemented without applying to the NRC for an amendment to the canister’s Certificate of Compliance.”

As part of the NRC enforcement procedures, Holtec was given the option to host a pre-enforcement conference or a third-party mitigation meeting. Holtec chose the conference, the release stated. The NRC will now determine what level of violation was committed and what corrective actions will need to be taken.

SONGS operators are currently on hold with transferring the spent nuclear fuel rods from wet storage to dry-cask storage following the NRC’s decision to investigate an incident on Aug. 3 in which a canister was stuck on an outer ring while it was being loaded into the concrete fortification. A webinar was hosted in November that addressed the operational and training violations it found at SONGS. Southern California Edison stated at the CEP meeting in November that it plans to resume transferring the spent fuel rods by the end of January.

Southern California Edison released a statement on Wednesday afternoon regarding the canister webinar.

“Southern California Edison is aware of the Nuclear Regulatory Commission inspection report and pre-decisional enforcement conference involving vendor Holtec International with regard to the design of spent fuel storage casks. SCE remains confident, following thorough analysis validated by an independent third-party engineering firm, and ongoing monitoring of the four loaded canisters utilizing the Holtec shim pin design, that each canister continues to perform all safety functions. Recall, SCE’s pre-loading inspection, verified that shims in each of these four canisters were in the as-designed position,” the statement read. “All other SCE Holtec MPC-37 canisters utilize a non-shim pin design.”

There are 51 canisters on site that are in horizontal dry-cask storage in units built by AREVA; Holtec has 29 canisters already loaded at SONGS, with an additional 44 expected to be loaded later this year.

The conference will take place at the NRC Headquarters in Rockville, Md., from 1-5 p.m. Eastern (10 a.m.-2 p.m. Pacific) on Wednesday, Jan. 9. The webcast can be found at www.video.nrc.gov. If you can’t watch the meeting live, it will likely be archived at the same website.