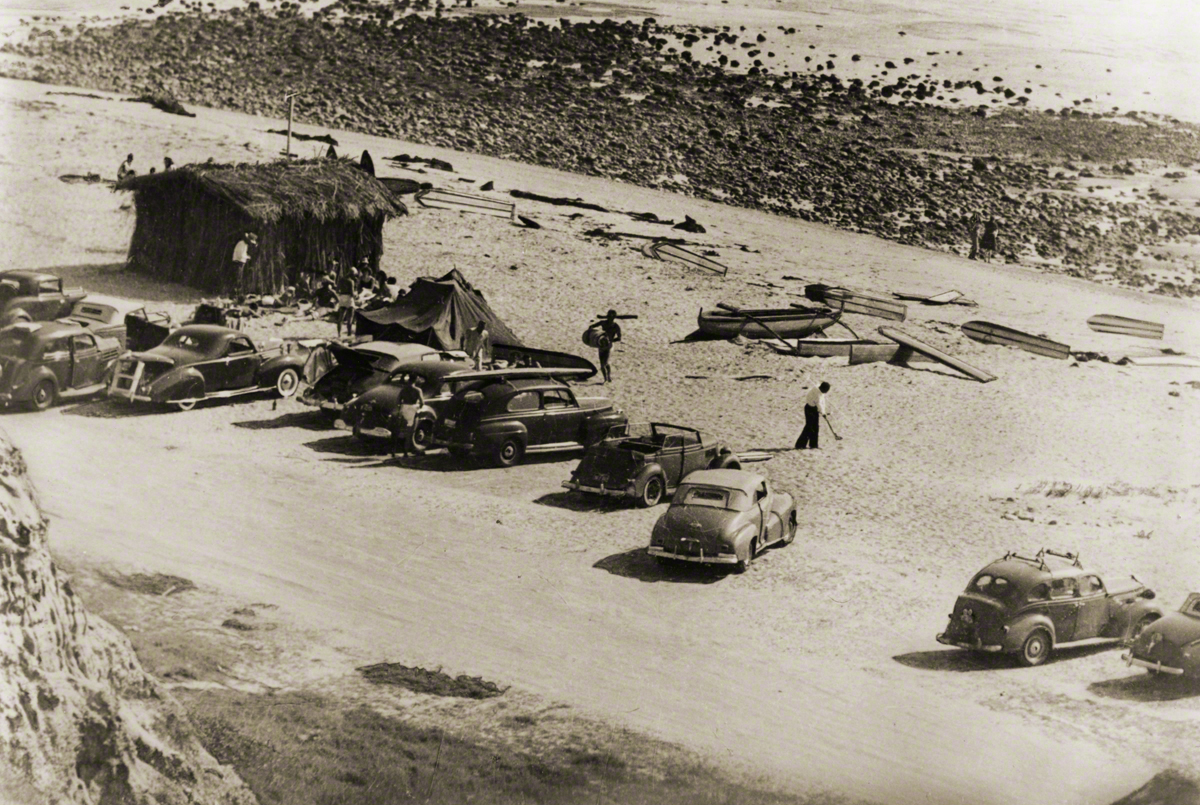 No Surf? How About a History Lesson?

With a downer surf forecast for the rest of the winter, here’s a brief look back at the evolution of San Onofre

By Jake Howard
So, anyone else notice it’s been an unusually slow winter for surf? We had that one run of swell in mid-January, but otherwise, man, it’s been a slow stretch. And now we’re starting to stare March in the eyes with no real signs of improvement.

Thumbing through the forecast on Surfline’s mobile app this morning, I’m not holding my breath for anything over knee- to waist-high for the next couple of weeks.

“It’s a good time to get stuff done—like work—I guess,” commiserated one of my friends.

With that in mind, in another of my futile attempts to “get organized,” last weekend I was going through some of my old writing files when I stumbled upon a research project I’d worked on for Jim Kempton some years back. You’ve most likely read Jim’s eloquence in the San Clemente Times. At the time I did this project for him, he was running the San Onofre Foundation. He’d asked me to compile as many factoids about San-O as I could dig up. A bit of a history nerd myself, I jumped into the effort in earnest.

To be honest, I don’t know what Jim ever did with the work, but as I was reading over it yesterday, with the surf as flat as it was and a lull in the competitive action, I wanted to share some of the little gems I found.

For starters, the name. It is likely the park gets its name from Saint Onophrius, an obscure Christian monk who lived as a hermit in the Egyptian desert. The name “Onofre” is commonly used in Spanish and Portuguese, and when early Spanish explorers made their way north from San Diego in search of an inland route to Monterey, some historians believe they named the area after the saint.
Originally, San Onofre referred to much of the expanse of coast between the communities of San Clemente and Oceanside. It’s worth noting that some people in Italy pray to Saint Onuphrius when they have lost something, as it is thought that repeating the prayer while looking for something—such as lost keys or a misplaced iPhone—will help in finding it. Given how many sets of keys are lost and never found in the sand at San O every summer, the effectiveness of this prayer is debatable.

The oldest “beach shack” at San O dates back 9,000 years. It was known as the village of Panhe and was established by the Acjachemen Nation, the park’s original inhabitants. The remains of the village can still be found on the state park grounds. It’s also the site of the first baptism in California.

On the surfing front, anybody who rides waves around here should have a brief appreciation for just how San Onofre came to be one of the birthplaces of surf culture on the West Coast. It was first surfed in the early 1920s, although it’s still debated who the first person to surf at San Onofre was. Some say it was Laguna Beach’s George “Peanuts” Larson. Others contend it was Matt Brown and Lorrin “Whitey” Harrison. Given that was nearly 100 years ago, the mystery will probably never be solved conclusively, but it’s fun to banter about.

By the late 1920s, you could find an average of 50-75 surfers at San Onofre on any given day. Back then it cost “two bits,” or two quarters, to get in for the day. Today, that number of surfers in the water has blossomed to hundreds and it costs $15 to get into the California State Park for the day.

The San Onofre Surfing Club was loosely formed in 1951. In early 1952, the club tightened up its program by hiring paid gate guards who checked for the official club windshield decal. The original logo of the San Onofre Surf Club was fashioned by artist Don Smith, a machinist for Disney. The first formal meeting of the San Onofre Surfing Club was called to order by Dr. Barney Wilkes on the beach on April 24, 1952. This meeting established the club bylaws (as prepared by Andre Jahan), annual dues, the club budget and banking procedures, membership cards, decals, beach access control, beach maintenance as well as rules of conduct and access as agreed upon with the Marine Corps.

It wasn’t until 1971 that a decree from then-President Richard Nixon created San Onofre State Beach. He was supported by then-Governor Ronald Regan. Today, San Onofre State Park is one of the most popular parks in California, drawing millions of visitors every year.
Unfortunately, as I write this, Southern California Edison is in the process of burying spent nuclear waste from the shuttered power plant on the shoreline. It’s anybody’s guess where this next chapter in our local history is going to take us.

Surfboards and Swell Lining Up for Surfing’s Olympic Debut: Plenty of Reasons to Be Excited About Summer Games