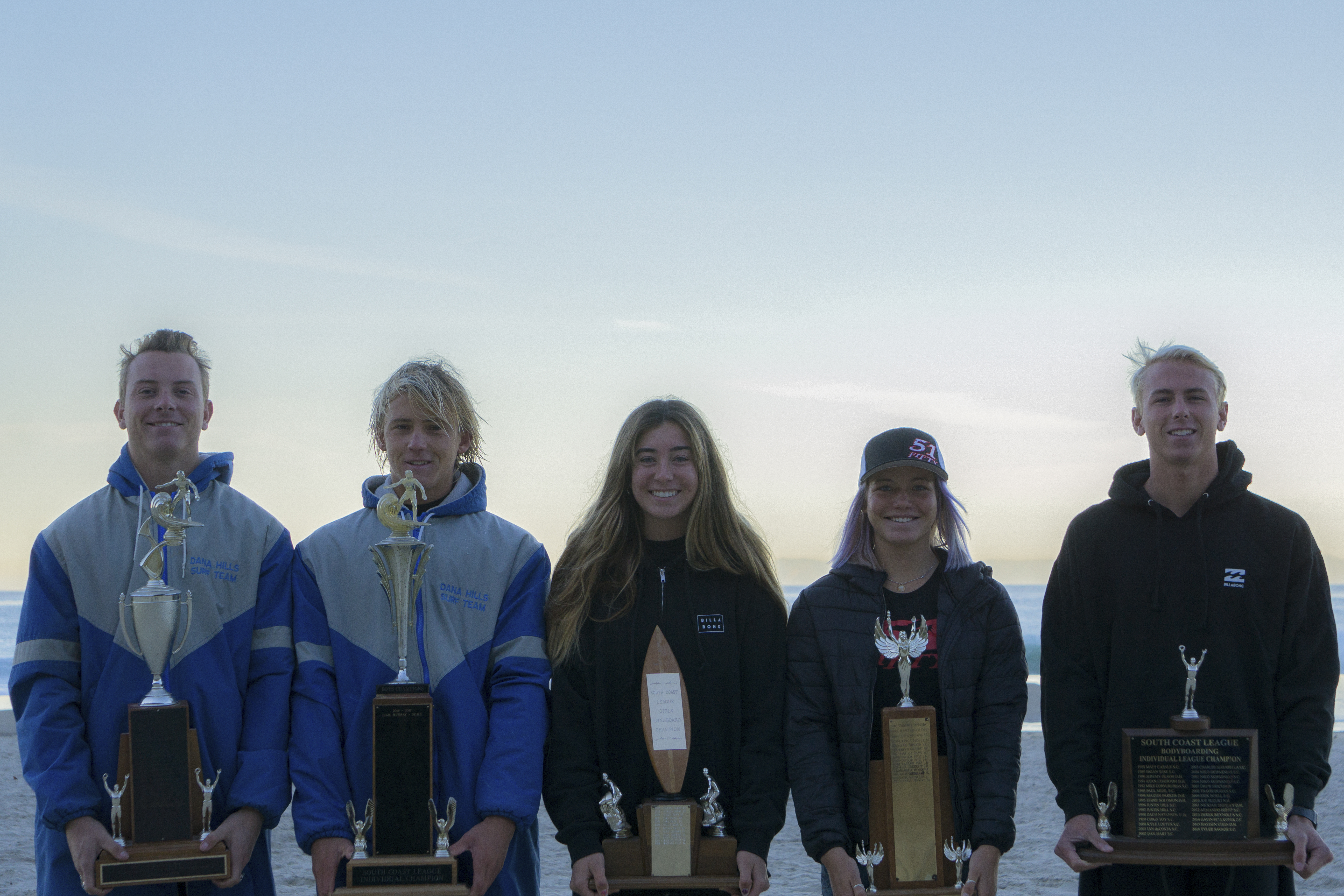 Waking up for school is a bit easier when your classroom is Salt Creek, and the waves are like this. Photo: Daniel Ritz

For only the second time in the history of the league, every one of the five South Coast Individual Surfing Championship winners from the South Coast League Competition belong to the same school.

“Two of them already ran out to surf,” said Sampson with only minimal disapproval. “I can try and get them in.”

Sampson, in his third year as head coach of the Dana Hills surf team, has set the foundation of a legacy in his short term as coach. After going undefeated in South Coast League competitions in 2016, Sampson and his team came into the 2017 season confidently.

Although not taking team honors, Sampson is confident his Dana Hills team can remain dominant in what he says is quickly becoming a more competitive region.

“Next year, we’ll be returning some of our best surfers and we will have a few incoming freshmen that I’m very excited about,” said Sampson. “Good things to come.”

Sampson may be looking forward, but his surfers are busy enjoying the spoils of their victories.

“It’s really nice to be able to win together,” said Craig Whetter (Sr.) as he zipped up his wetsuit to join his teammates in the water. “We’re always competing against one another; it’s nice to win together for once.”