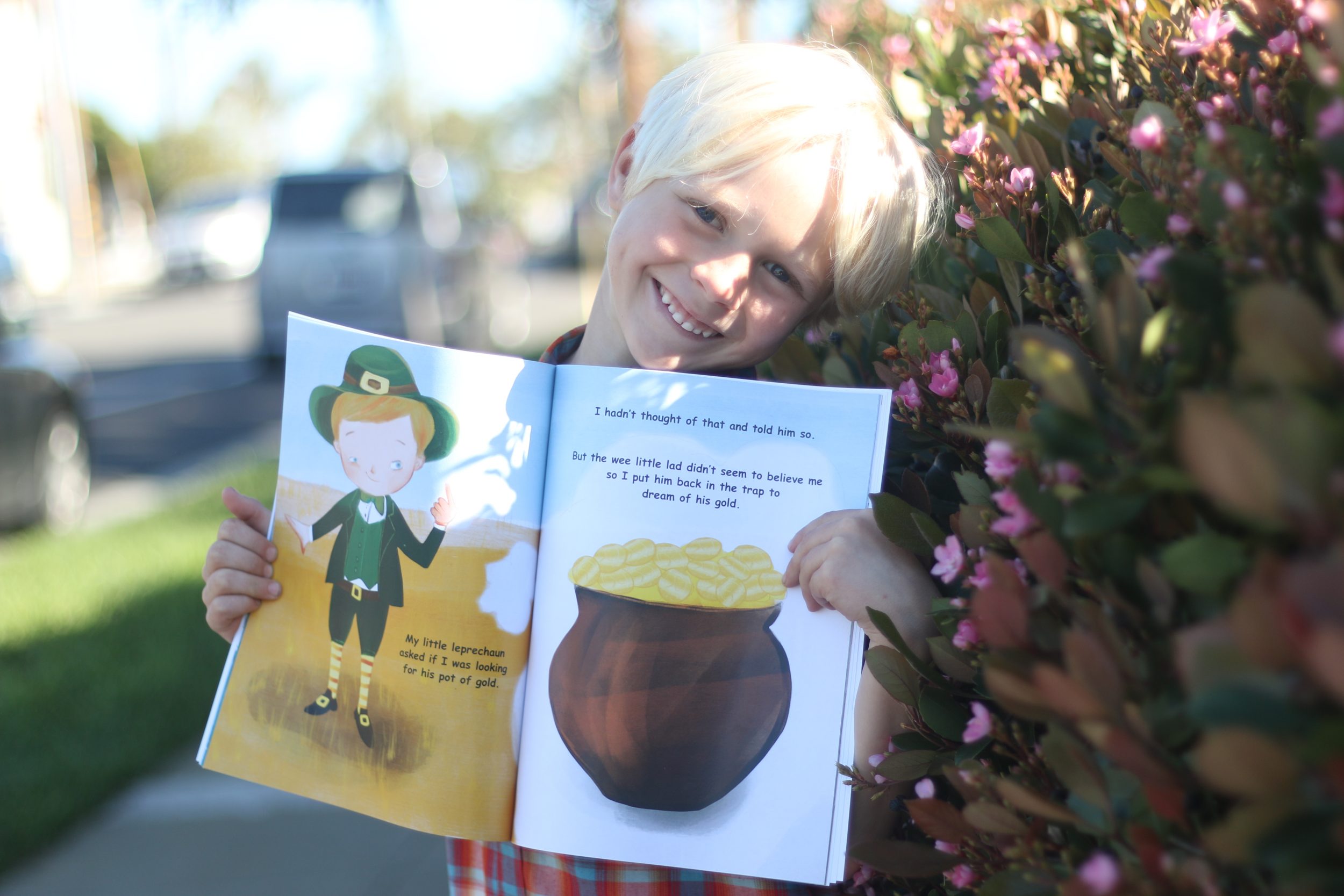 At 7 years old, Levi Johnson’s fascination with leprechauns grew so much that he wanted to contribute to his favorite bit of folklore.

My Little Leprechaun is a lighthearted tale of a boy and his leprechaun friend, who explore playful adventures all within the boy’s home.

“I would play leprechaun, and I told my mom to write everything down,” Levi said of his inspiration for the book. “I wanted to explain about the leprechauns.”

Levi said his fascination with the evanescent creature of Irish lore began in preschool.

“Levi, when he was younger, thought he was a real live leprechaun,” Christa said, adding the reasons for this belief are left to the innocence of his young imagination. “He’s super creative.”

Roman, Levi’s older brother, helped the family translate the book into a Spanish version that is expected to debut this week.

“With St. Patrick’s Day coming up, we wanted to see how it would do (in sales and feedback),” Christa said. She added there are plans to make the book in hardback, available with its own coin; think The Polar Express that came with a silver bell. Christa also said 10 percent of proceeds will be donated to the charity Give Kids a Smile.

Rabia Gelgi did the illustrations for the book.

The book is available for purchase at Le Petit Bonhomme and Just B’Cuz shops on Avenida Del Mar in San Clemente, and on Amazon.