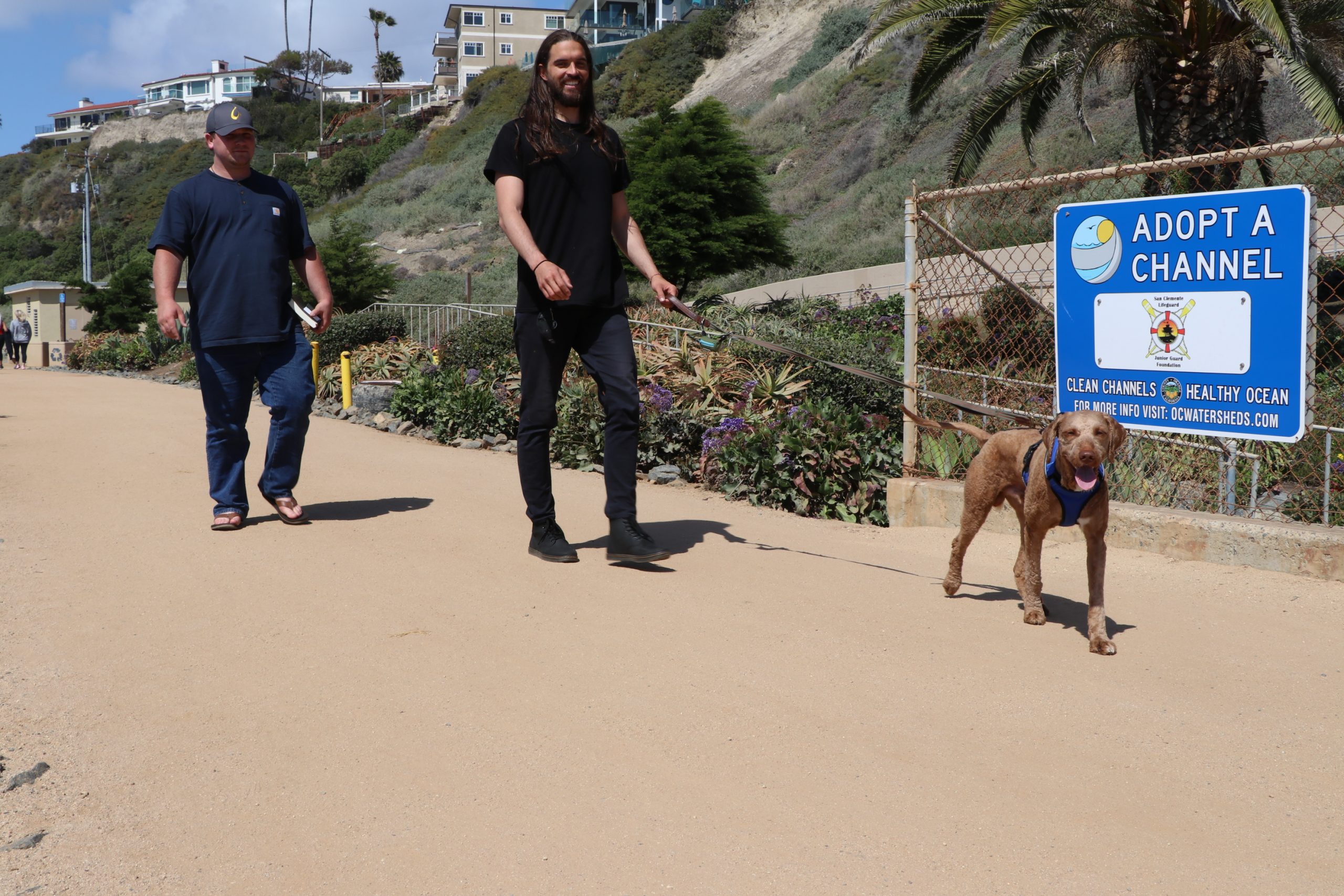 The San Clemente City Council narrowly rejected a proposal by Councilmember Steve Knoblock to create a temporary one-year dog beach during a meeting on Tuesday, July 20.

Earlier this year, Knoblock proposed designating the space roughly between the Dije Court and El Portal stair access points as a San Clemente Dog Beach. The Beaches, Park & Recreation Commission, however, did not support the proposal. A majority of residents who responded to a survey said they supported a dog beach.

Ward said she was not in favor of the proposal due to the commission’s lack of support, water quality concerns, and various other reasons. A dog beach could also increase the number of beach visitors, Ward said.

“San Clemente has (a) very narrow beach. Any new use we introduce to the beach is going to be a conflict with what is currently there,” Ward said. “We do what we do very well. We are a beach community, and there’s people there enjoying the beach with their children, and there’s surfers also there.”

New laws shouldn’t be done on a trial basis and should instead be able to work “forever” if they’re introduced, Ward said.

In response, Knoblock said he didn’t think there was a public safety issue and that the city can do a test policy.

“Sixteen thousand dog owners in this town would probably appreciate being able to take their dogs for a few hours in the morning and after sunset,” Knoblock said. “I think this is something that’s time has come. When this town was founded in 1926, it took over 60 years to allow dogs anywhere in a public space—and it’s time we allow our limited resources to be used by our citizens.”

Ferguson said residents have previously supported more access for dogs on the beach.

“I just really value the voice of the people and people have been wanting this for a long, long time,” Ferguson said. “We are a dog town. As Councilmember Knoblock noted, there’s over 16,000 dogs that we know of that are licensed. What’s a year to try it out?”

James said while Knoblock’s initiative was a fair one to look at and that he would personally love to have his own dog run around off-leash, the narrow beach and dog waste issues must be considered.

“The vast majority of dog owners are responsible dog owners, but all it takes is several percent to ruin it for everyone,” James said. “I am very concerned about the fact that at North Beach, twice every 24 hours and 50 minutes, high tide comes—and even the most responsible dog owner can pick up dog feces. But what are you going to do about the urine in the sand? That’s where children are going to lay down their beach towels.”

Duncan said he gave deference to commission recommendations. An agenda report said approval of a dog beach would likely result in increased staff costs related to enforcement and monitoring, some of which could be offset by fines.

Susan Ambrose, who chairs the Coastal Advisory Committee, said she supported the commission’s recommendation to keep the current rules and not advance any other action for dogs on the beach, on or off-leash.

“We had several discussions and several things came to mind—of course, with us and our committee with Coastal Advisory,” Ambrose said. “It’s important to keep in mind the water quality regulations, which the city must comply with to protect the health of beachgoers. When you look at the potential implications of introducing another bacteria source—like dog feces, for example—it causes some concern.”

“I believe the majority of people would support it. I also believe the one-year trial period is a good idea,” Frohlich said. “A very high percentage of people in the city live in apartments and don’t have a place for dogs to run. The fact that there’s no off-leash areas in our city is shameful.”