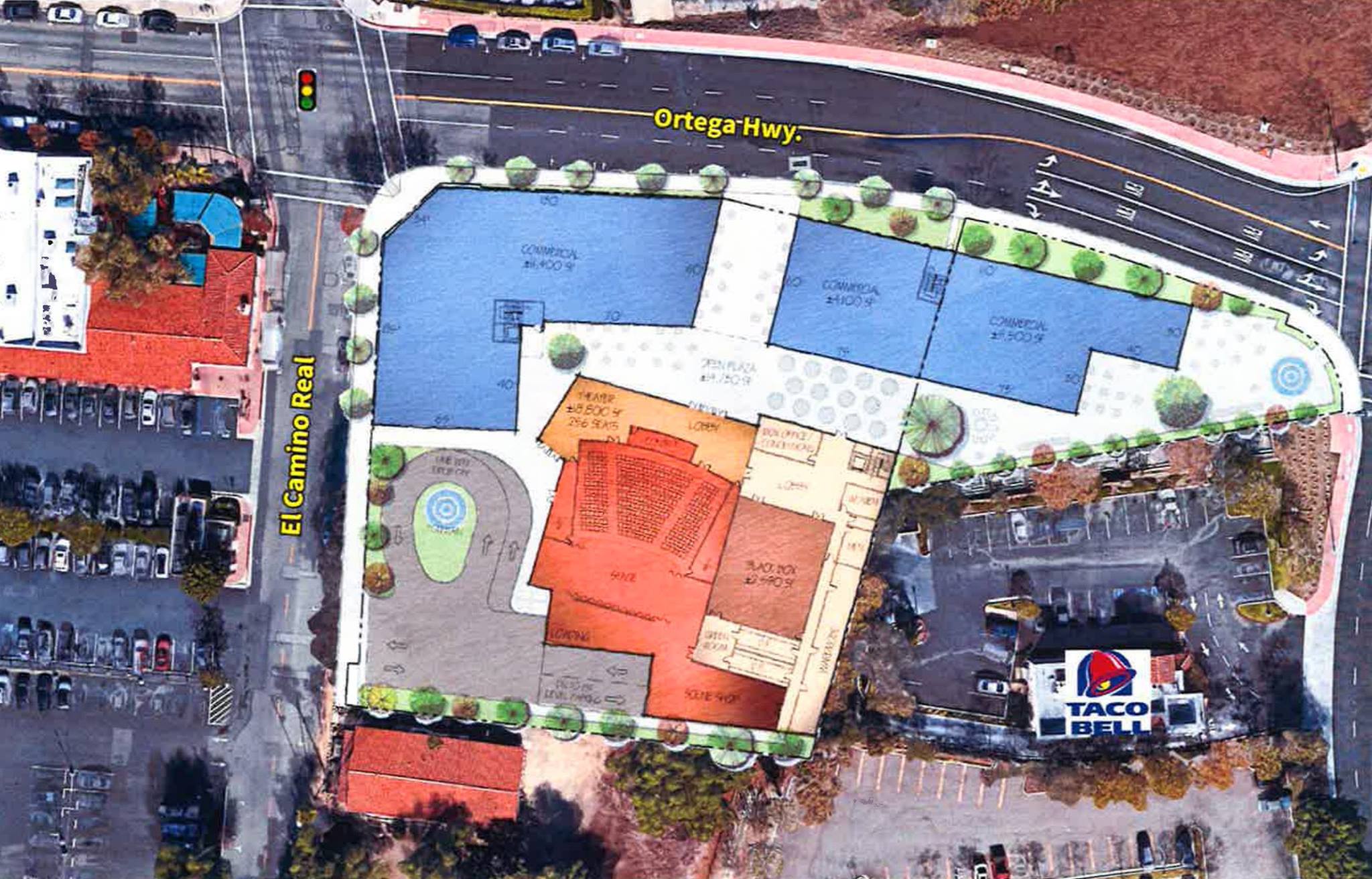 The San Juan Capistrano City Council voted in closed session on May 16 to enter into negotiations with Frontier Real Estate Investments, LLC for the sale and development of the downtown playhouse property and adjacent parking lot. The vote was 3-2, with Councilwoman Pam Patterson and Mayor Kerry Ferguson opposed.

Frontier’s proposal includes the Capistrano Center for the Arts—a new performing arts center with an auditorium seating approximately 250 people, a secondary black box theater with 60 to 100 seats and classrooms. The plan also includes street-front restaurants and retail shops, an open-air plaza adjoining the theater with the restaurants and shops, a boutique second-story creative office space, and two levels of subterranean parking that will provide approximately 250 parking stalls.

Since January, the Council had been reviewing 11 development proposals for the property that has been home to the Camino Real Playhouse for more than 25 years. The site in question consists of two adjacent parcels at 31776 El Camino Real and 26874 Ortega Highway.

When the state “dissolved” redevelopment agencies back in 2012, the city of San Juan Capistrano, like other agencies, was required to develop a plan to sell any agency-owned property. For San Juan, this meant selling the two downtown parcels in addition to the Lower Rosan Ranch property off of Stonehill Drive, which the Council decided to sell to Ganahl Lumber in April.

In order to get community input on the top four proposals for the playhouse property, the Council held a workshop on April 26. The vast majority of the dozens of speakers were in favor of Frontier’s proposal, voicing excitement over the detailed plans for a performing arts center. Frontier managing partner Dan Almquist confirmed that the project would require a general plan amendment, and $10-12 million would need to be raised for the construction of the arts center. Almquist said many people have already expressed interest in funding such a project.—Allison Jarrell