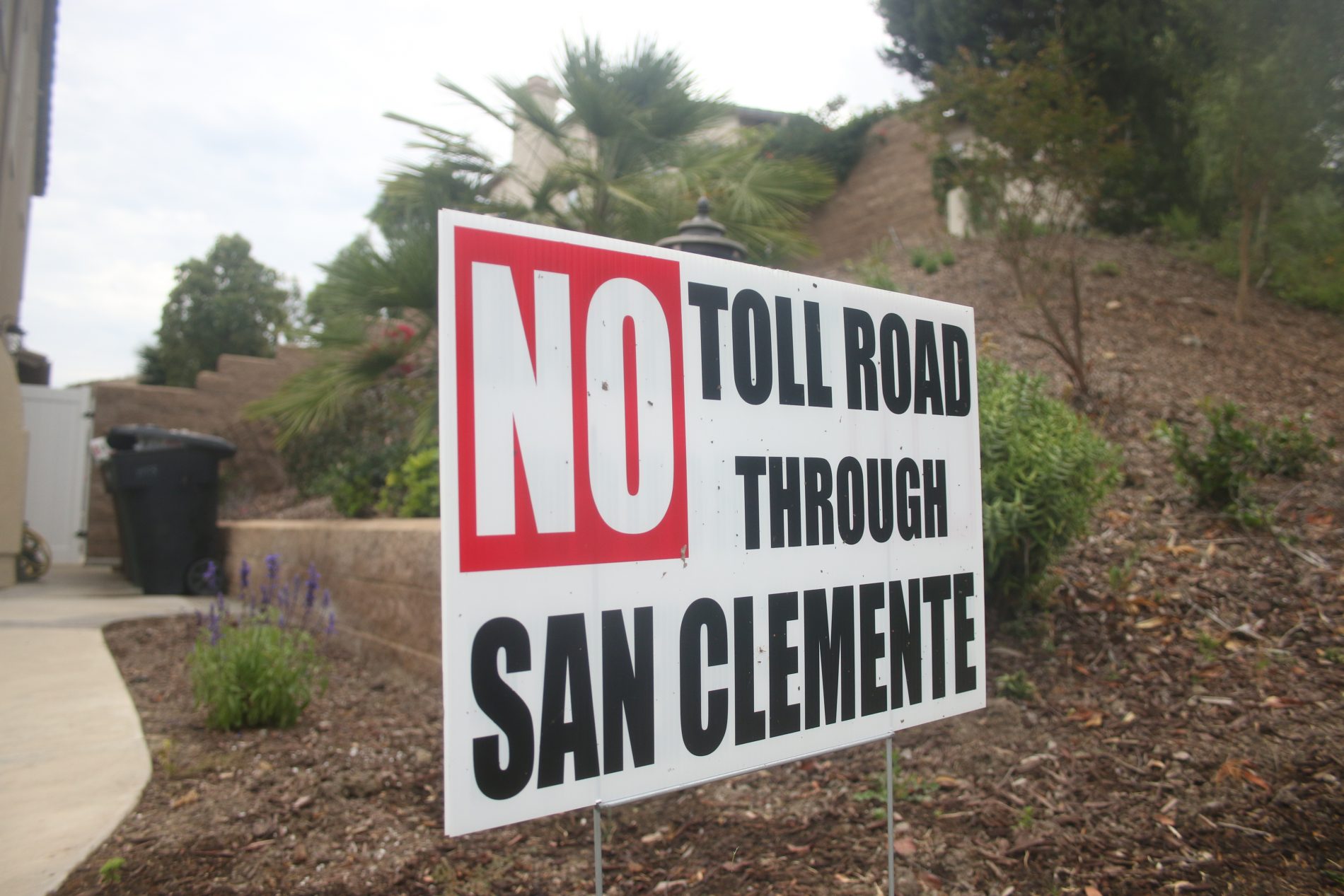 Both the homeowner’s association The Reserve Maintenance Corporation and the city of San Clemente filed lawsuits on Friday, July 28, against the Transportation Corridor Agencies (TCA) for what they both claim were violations of California’s open meetings act laws.

The TCA is currently examining 18 different proposals for toll roads to connect the 241 road to Interstate 5, which are based off public comment it took two years ago. Litigants in the most recent suits claim the only feasible option, based on the TCA’s objectives, would be the one that evidently goes straight through San Clemente.

TCA officials said at a forum on June 5 that not building a toll road is also an option. The roads are intended to alleviate traffic jams in South Orange County, but opponents of the roads have said once the I-5 expansion in San Clemente is complete, traffic should stabilize.

The lawsuits are based on a settlement of various lawsuits from the Save San Onofre Coalition and multiple environmental agencies, which was forged in November 2016. The agreement established an “avoidance area” that ensures no toll road could be built through the San Mateo Watershed and Trestles south of San Clemente.

“…The Settlement Agreement was plainly used as subterfuge by the TCA for various non-litigation oriented policy decisions, such as the designation of a several square-mile ‘avoidance area’ concerning any and all conceivable toll road alignments,” stated a letter from Dan Bane, the lead attorney for The Reserve’s lawsuit. “Such ploys are illegal as a matter of law under the Brown Act.”

The lawsuits also mentions a protective agreement between CalTrans and the TCA, which litigants are asking the court to declare illegal. The Orange County Board of Supervisors, the California Department of Transportation and the TCA’s Board of Directors are also being sued by the city.

In the city’s lawsuit, it states that Mayor Kathy Ward, the city’s elected liaison to the TCA who at the time of the vote was the Mayor Pro Tem, was not briefed on the current litigation of the TCA and the environmental groups and that she felt uncomfortable voting on closed session items without sufficient background information.

When it came time to vote on the agreement, Ward and San Juan Capistrano Council member Kerry Ferguson voted against it, while the rest of the joint board voted to approve.

City attorneys are asking the Superior Court to prohibit actions regarding the protective agreement until they can be vetted by requirements of the California Environmental Quality Act and to halt any proposals related to the protective agreement.
“If the TCA truly desires to engage the residents of Orange County in its purported ‘process,’ concerning mobility solutions as it has repeatedly asserted, then the TCA Board can start by ensuring compliance with California law regarding the provision of noticed, open and fair public hearings with a full opportunity afforded for meaningful public comment regarding important policy decisions,” the letter from Bane stated.

The next joint board meeting of the San Joaquin Hills and Foothill/Eastern Board of Directors is scheduled for 9:30 a.m. on Thursday, Aug. 10, at the TCA headquarters, located at 125 Pacifica in Irvine.—Eric Heinz