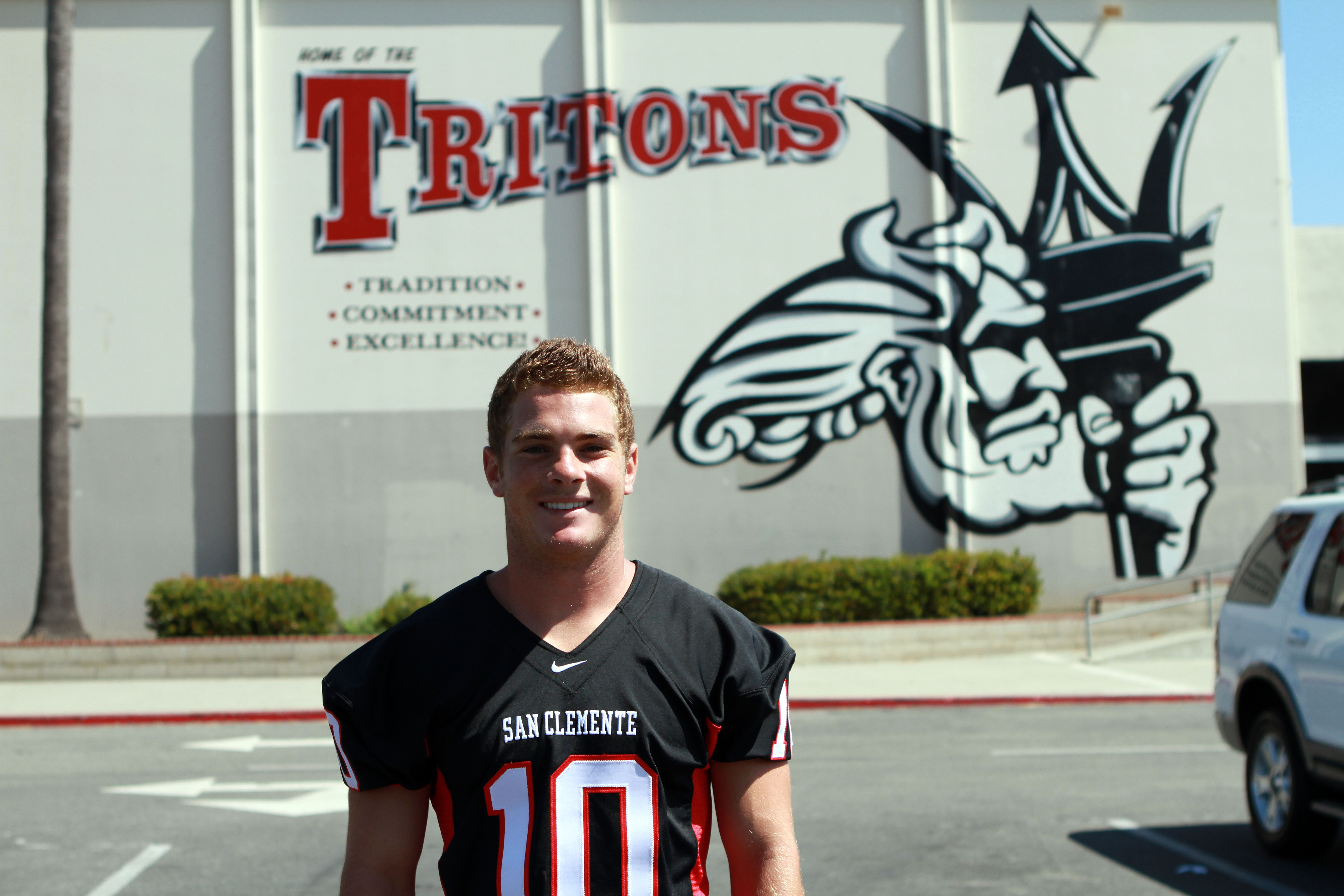 Nick Pasquale’s life was about proving his doubters wrong. But the death of the 20-year-old San Clemente High School graduate, varsity football player and walk-on receiver at UCLA has proven how many lives were touched by the young man and his family, as well as the strength of the community rallying to support one town and one team.

Pasquale, who was home during a UCLA bye-week, was killed early Sunday morning after being struck by a car near the intersection of Camino de los Mares and Calle Nuevo, just outside of Forster Ranch.

Orange County Sheriff’s Department officials said the vehicle that struck Pasquale was driving in tandem with another car, which was able to avoid Pasquale. The driver of the Mercedes-Benz that struck Pasquale called police immediately and stayed at the scene. Drug and alcohol use has been ruled out as a factor in the incident, authorities said. An autopsy indicated Monday Pasquale’s death was the result of blunt force trauma.

“Our hearts are broken by this,” Baker said. “There are no good words in a situation like this. It’s too tragic.”

Sunday evening, just hours after word began to spread about Nick’s death, hundreds of Pasquale’s former and current teammates, coaches, parents and people from the community, who were touched by the news of his passing, gathered on the Thalassa Stadium field where Pasquale starred for the Tritons for three years as a varsity player. Together, they shared memories of a young man who always put forth the maximum effort.

“At the age of 8, Nick was diagnosed with Legg-Calve-Perthes disease, which meant the bone in his hip literally stopped growing,” Mel said. “He had to go in and get surgery. He was in a body cast for at least six months. Had three titanium pins in his hip. We were told he’d never play competitive sports in his life. Nick looked at me and said, ‘Dad, it’s not happening.’ The minute we got him home from the hospital, he was crawling up and down those stairs in a full body cast, up and down, by himself. This kid never, ever quit, and everyone told him he couldn’t do it.”

“It’s been coming from all over the place. It’s been amazing, the love and support we’ve received, and what a great young man he was,” Mel said.

He also praised the response of Pasquale’s teammates and coaches at UCLA, including head coach Jim Mora.

“I got a hold of him early Sunday morning and he called me right away,” Mel said. “He was in disbelief, like I was. He was bawling on the phone. He said ‘What’s your address? I’m coming to your house.’ He was at the house an hour later, supporting my wife, my son and myself.”

Pasquale played his first game as a Bruin in the team’s season opening win against the University of Nevada on August 31, but the impact made by Nick Pasquale was greater than his contributions on the stat sheet, Mel said. The Bruins will wear patches on their jerseys honoring Pasquale against the University of Nebraska on Saturday. The Cornhuskers will also pay tribute to Pasquale by wearing stickers bearing his number, 36, on their helmets.

Services will be held at 4 p.m. on Sunday, September 15 at San Clemente Presbyterian Church, located at 119 Avenida de la Estrella.

The Pasquale family has asked that in lieu of flowers, those looking to reach out should support the new Nick Pasquale Foundation, which will provide scholarships to San Clemente students who exhibit the kind of determination Pasquale did. Information can be found at www.nickpasqualefoundation.com.