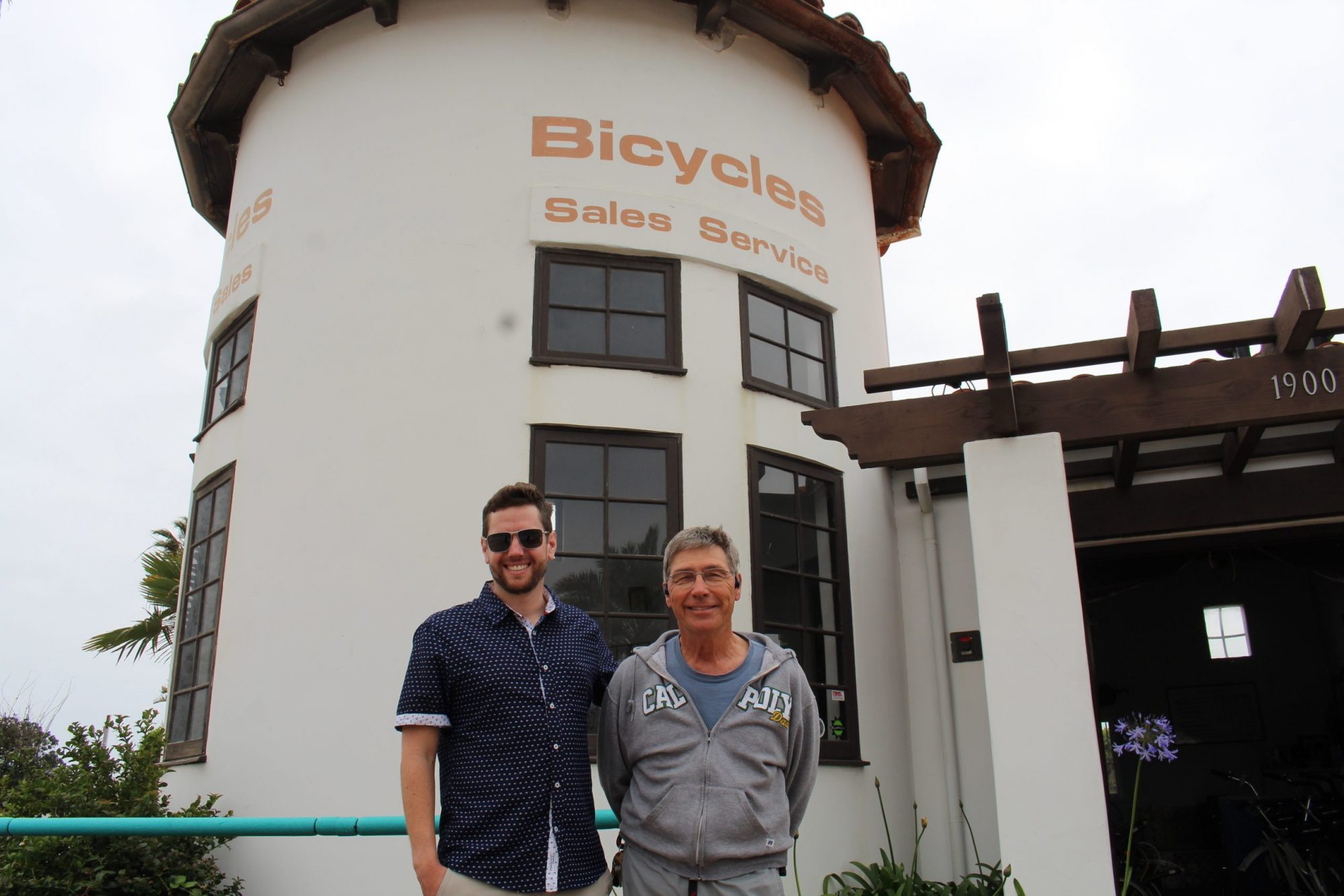 News Next Door: Longtime Owners of Bicycles San Clemente to Step Down

Nearly 12 years ago, Pete Van Nuys and his wife, Lynn, started Bicycles San Clemente in what used to be a hub for the nearby train station in the city’s North Beach neighborhood.

Since that time, they’ve steadfastly served incoming tourists, cyclists passing through, and welcomed visitors to town. Now, they feel it is time to hang up their riding shoes, and pass the shop on to one of their team members.

Van Nuys recognized the potential of their location even before starting the business, as he took it upon himself to start a bicycle rental shop after his suggestions to other operators did not pan out.

“Because I used to ride through here as a teenager, I knew that you were going to go past this area on a bike,” Van Nuys said. “It was guaranteed … 100% of the traffic between Seattle and Tijuana was right out there.”

The store’s mission has always included providing reasonable prices, allowing entire families to participate in riding around the area, and helping to facilitate people’s visits to North Beach and other areas nearby.

With the shop’s presence, people learn they can just take the train down to San Clemente, grab a bike, and have everything they can want around town to be immediately accessible. Van Nuys said it’s a major revelation for those who have never used mass transit. He added that part of the staff’s motivation is to always be doing something for someone.

His favorite interactions with customers are when families come in, and he and his staff get to walk through the process of getting ready to ride to parents and children alike, such as showing how to put children’s helmets on properly.

There have been many moments in which they witnessed a customer’s first experience riding a bicycle and the joy that came with it.

Inside the shop are small bikes for toddlers to ride while attached to their parents’ bikes, as well as tandem bikes for couples and plenty of additional options.

Another positive part of the job involves the conversations with people when they are returning their rentals. They usually come back in a good or better mood than when they left. They feel good, Van Nuys said, and they often marvel at how far they were able to travel in such a short time.

“We were blessed, because what we were doing, generally, created happiness,” Van Nuys said.

The city has been a bicycle town since it was first founded, according to Van Nuys, a fact of which businesses along El Camino Real and in North Beach are keenly aware with so many cyclists passing through from year to year.

Community leaders have worked to increase San Clemente’s bicycle friendliness, which has resulted in tangible effects.

Van Nuys noted that there is a strong commitment to having a healthy bicycle and pedestrian element in the city’s General Plan, and that leaders have worked with officials from agencies such as the California Department of Transportation to ensure safe pathways near the Interstate 5 intersections and those within city limits.

In his eyes, Van Nuys said he feels the city will increase its friendliness to bicycles, which would help solve traffic and parking issues that have been attached to San Clemente’s growth process. He also said he hopes residents will use bicycles for more immediate trips.

“E-bikes have greatly facilitated that, because they eliminate the nasty exercise aspect of having to ride a bike,” he said, with a smirk. “You get the benefits of riding a bicycle without all that horrible sweat.”

In an email to San Clemente Times, Van Nuys wrote that he hopes the city can manage the negative impacts that can occur with the growing popularity of e-bikes as times change.

Though he is moving on, partly because of his not feeling challenged by the job anymore, the San Clemente resident will still be around.

In addition to running the shop, he and his wife have organized bicycle tours in Europe for six years, which has been “immediately gratifying” when people express excitement to join them.

“It’s kind of the same activity where you’re facilitating bicycling and expanding people’s horizons, and we get to be there with them when they’re stoked,” he said. “That’s what’s cool.”

Austin McKinnon, who has been a member of the team for more than nine years, will take over operating the store. Van Nuys is confident that his “different set of eyes” and enthusiasm will lead Bicycles San Clemente in the right direction.

He added that he still wants to maintain the destination status and culture of the shop and the area.

The shop, he said, will also look to get more electric bicycles in the store, to increase its online presence, and to educate people about riding.

“Meanwhile, we hope the majority of you keep on pedaling!” Van Nuys said as he finished his email.