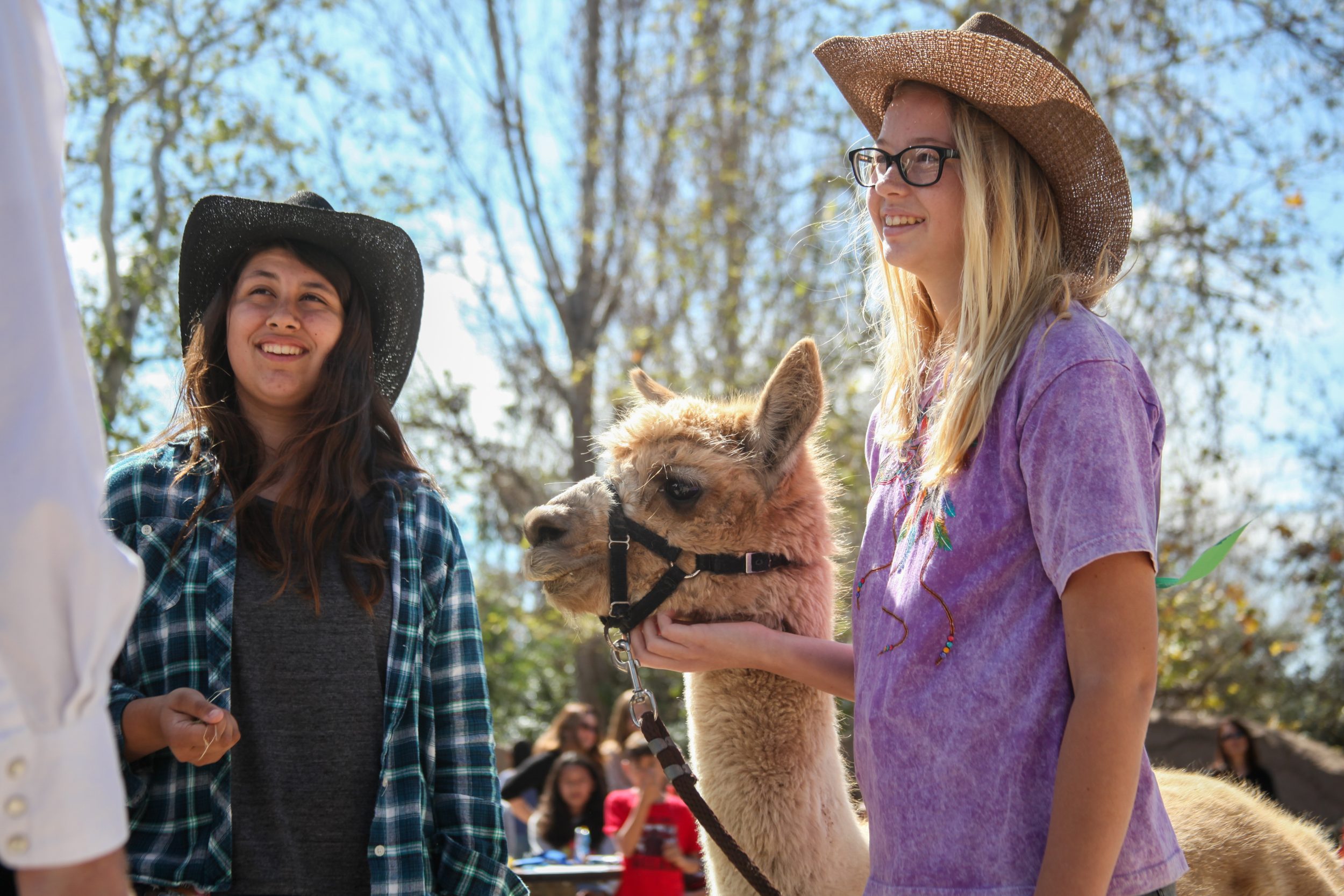 After squeezing into her family’s Volkswagen van and cruising over to Los Rios Park, a 6-year-old alpaca walked away with the top honor at the Fiesta Association’s Kids Pet Parade on Feb. 25.

This year’s pet parade had 11 entries, including nine canine competitors and a pair of parakeets, but it was Caramel the alpaca who won first place and will appear (with her human escorts) in the annual Swallows Day Parade on March 25.

Caramel lives with her owner Lauren Price, 12, and her family in San Juan Capistrano. Price said they adopted Caramel from a rescue in Temecula and have had her for three years now. The Price family shared some fun facts about Caramel, including that she’s potty trained (she has her own designated area), she makes a humming sound to communicate with their other alpaca, and she eats a healthy diet of weeds, Bermuda grass and a special blend of Purina alpaca chow. (Caramel rides in their VW van because they don’t have a trailer.)

Price and two of her closest friends, Emily O’Brien, 12, and Isabelle Cota, 12, both of San Juan Capistrano, participated in Saturday’s pet parade and are now invited to walk in the 59th annual Swallows Day Parade.