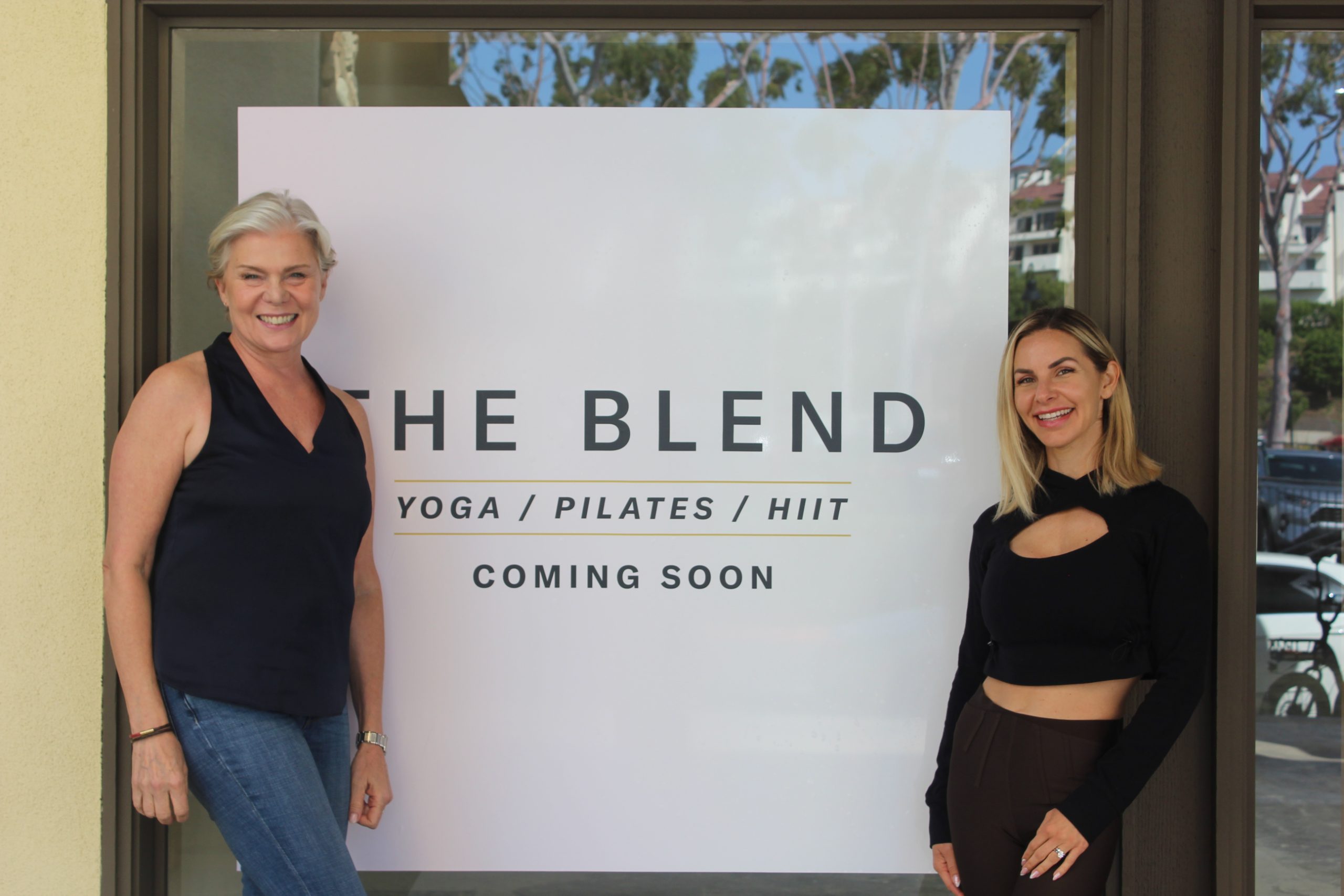 While teaching Vinyasa and Yin yoga classes in boutique studios in Toronto, Yoga instructor Jennifer “Zee” Zalev created the concept for The Blend—a workout for herself in which she combined yoga and Pilates into one flow.

Impressed by Zee’s great abs, her students would approach her after classes wanting to know her secret.

“It’s a combination of yoga, mat Pilates and HIIT (high-intensity interval training),” Zee described of The Blend. “I started teaching it to myself, and then my private clients were like, ‘Oh, hey, how are you staying so fit?’ ‘How come you have abs?’ and I was just like ‘I’m doing this Blend that I created for myself.’ ”

When clients came to her interested in learning her Blend flow, she offered to put it on the schedule.

“I said, I can continue teaching these (other classes) but if you want something fresh and new that my people are really liking let’s throw (Blend) on the schedule, see how it does; if it flops I won’t be offended if you want to pull it down,” Zee said of the pitch to her former studio. “It went on the schedule. I think the first classes had like two people in them and then they ended up being waitlisted.”

Zee and her husband Adam Zalev relocated to Dana Point during the pandemic with the hopes of opening a new studio where she can offer her Blend flow.

While searching for a home in Dana Point, the couple hired Katarina Kuczera as their real estate agent. Kuczera bonded with Zee over a mutual love of yoga and Pilates. The two started taking classes and ultimately decided to launch their own studio together called The Blend.

The new studio, which will offer yoga, Pilates and HIIT, is expected to open in Dana Point this summer. The Blend will offer classes combining the three workout styles along with individual classes.

Kuzcera added that most studios don’t offer a variety of classes in one place, let alone multiple types of workouts combined in one flow.

“The combination of Pilates with yoga and HIIT, that’s really something that you cannot find anywhere else,” Kuczera said. “And actually me, myself, I was practicing, for instance, Yin class and then I have to go to another studio to do my Pilates class. So it was kind of hard and then Jen came with her Blend Class, which is actually the amazing combination of all of them.”

The studio will be located at Monarch Bay Plaza, off Pacific Coast Highway, next door to Perspire Sauna Studios.

“We think the space is going to be really special,” Adam Zalev said. “We think Monarch Bay Plaza is really in the middle of the community. We were really drawn to the fact that Gritcycle is down there and Perspire is here. And so there’s a little bit of a fitness hub that’s taking shape in the plaza and we intend to do a lot of cross promotional work.”

The founders’ vision for the studio is neutral, soft colors with pops of greenery, hoping to add a living plant wall to the studio. The studio will also sell athleisure and lifestyle products.

Zee said that that the vibe of the studio and its instructors impact people’s experience in a class.

“I really didn’t like yoga when I first tried it,” Zee said. “And then I realized it really depended on the instructor and the whole vibe of the studio. For me, it’s important to recreate that so people who walk in feel like they belong already and not sort of like, weird about coming in or uncomfortable.”

At the Blend, Zee said, all props needed for the class will be set out for you ahead of time.

“​​Let’s say two minutes late, you’re not walking across the room while the teacher yells at you to grab two blocks and a bolster, right?” Zee described. “All of that will be set out for you. All you have to do is come in, check-in bring your mat, put your mat down, whatever props you need for that specific class will be there for you, then you wipe down at the end and leave. We take care of the cleanup.”

Typical Blend classes will last 60 minutes, and consist of a warmup section, cardio section, cool down, and shavasana—a resting pose held at the end of a yoga flow. The length of the cardio section and shavasana will depend on the energy of the class that day, Zee explained.

“Basically, when an instructor walks in and she takes the temperature of the room, if everyone has a lot of energy that day, that HIIT section is going to be longer,” Zee said. “So, the shavasana will run from between three minutes to maybe six minutes.”

“I always talk about the emotions of The Blend,” Zee continued. “In the beginning, you like me, then you’re unsure of me, then you hate me, but then you love me. So it’s a nice warm-up to a lot of work and sweat to a really beautiful cool down and a shavasana.”

The result, Zee and Kuczera said, is lengthening and strengthening your muscles, improved posture, and stronger core.

“The change of the body is something very specific for this type of exercise” Kuczera said. “You build very strong core and muscles that shrink your kind of outer mechanics of your body, especially with emphasis on your posture, on lengthening the muscles, strengthening.”

“We can’t make you taller, but we can lengthen you,” Zee chimed in.

Kuczera explained that The Blend is for groups of all ages. Instructors will offer modifications that will allow class members to make the workout as hard or as easy as they’d like.

“It’s pretty versatile, where especially at during the Pilates-HIIT series, there’s three rounds, three exercises, and it goes pretty fast but there’s always an opportunity in each round to either stay where you are and do what you have been doing for that round, or you add on,” Zee said.

“So you can intensify it as much as you want personally, or you can listen to your body that day,” Zee added. “Maybe just don’t have the energy and only push yourself as far as you want to.”

The Blend will offer a monthly membership as well as three packs for visitors to take classes during their trip to Dana Point.

Zee and Kuczera plan on opening The Blend in August at Monarch Bay Plaza. The Blend will offer a discounted monthly rate for a year for those who sign up ahead of the opening.