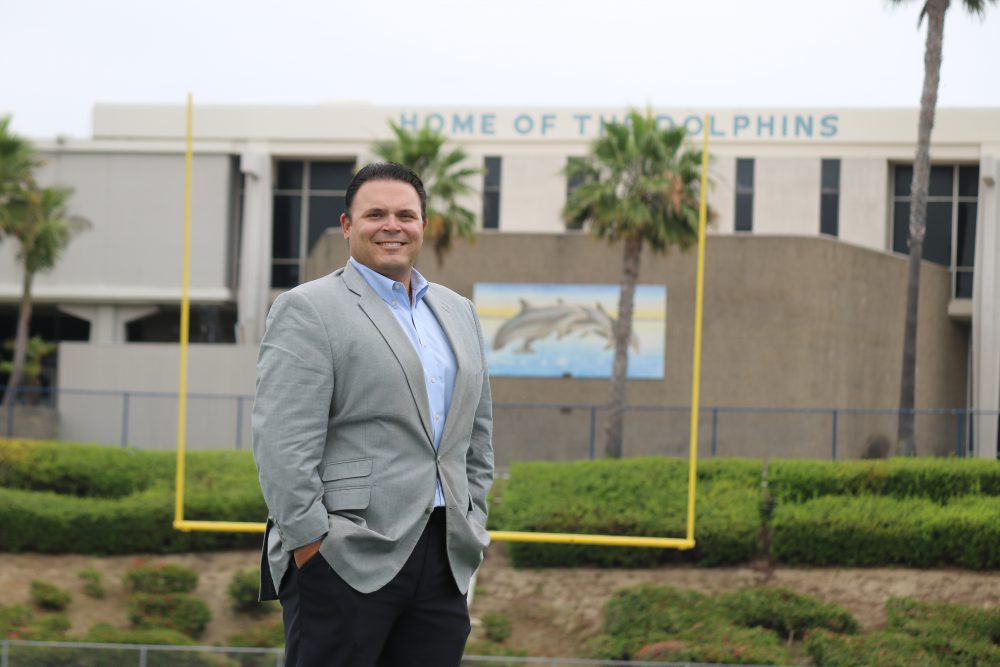 The Dolphins will return to school this fall with a new principal on campus. Capistrano Unified School District’s Board of Trustees approved the hiring of Dr. Brad Baker on Wednesday, June 12. The decision follows former Principal Joshua Porter’s career move to Los Angeles Unified School District as assistant superintendent.

Baker grew up as a CUSD student and graduated from San Clemente High School. He went on to play football for Saddleback Community College, where his team earned a national championship. When he transferred to Azusa Pacific University, the football team he played for also earned a national championship. Baker earned a Master’s degree in educational leadership and administration from Chapman University and a Doctor of Education from University of Southern California.

“I was an offensive lineman. I feel like I still hold onto that position’s approach with life; I want to work hard to set up others for success. I want to provide that essential support for a team to go far,” Baker said.

After playing a few seasons of football in Europe, Baker returned to Southern California and embarked on a career in “learning,” he says. He received his teaching credential and was hired as a student supervisor and football and basketball coach for SCHS.

“I was actually interviewed by a panel of teachers who taught me when I was a student,” Baker said. “It was great to be able to return to that community and give back.”

After SCHS, Baker taught at Serra High School in San Juan Capistrano and started administrative work for various schools in the CUSD system, a school district he has exclusively worked for his entire career.

Baker now leaves behind Shorecliffs Middle School, where he was principal for more than three years, and where one of his two children is currently enrolled.

“It was a tough decision. But the amount of overwhelming support and welcome I’ve received just in the few days since the board approved my hire has been incredible,” Baker said. “I love how the city and the school support each other. I’m proud to now be a part of that.”