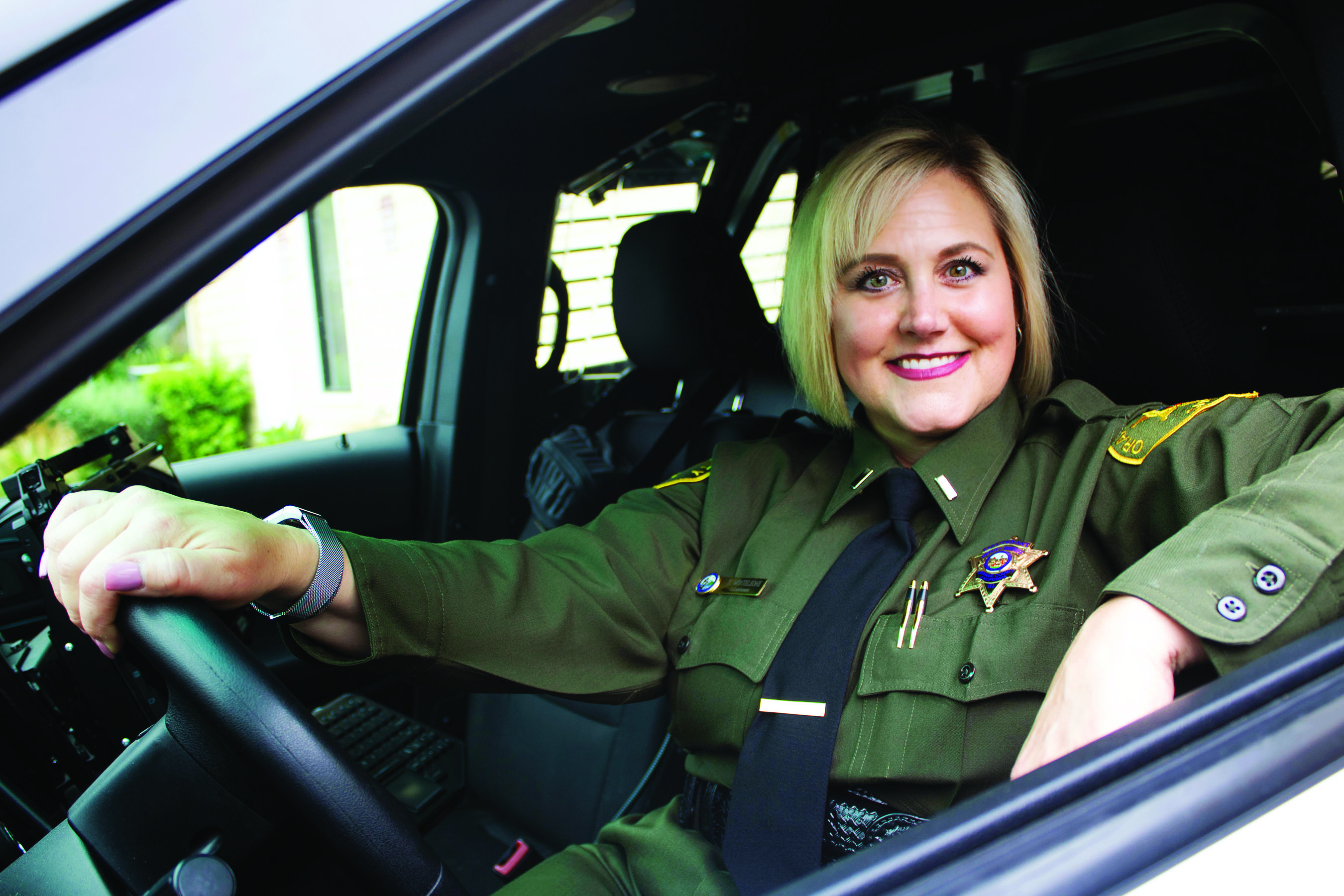 Lieutenant Kirsten Monteleone learned early on she wouldn’t be able to help everyone while working in law enforcement—but that wouldn’t stop her from trying.

Monteleone officially began her role as Chief of Police for Orange County Sheriff’s Department, Dana Point Police Services on Friday, Aug. 30. And while her career plan wasn’t always to be a police officer, an internship program with the Westminster Police Department exposed Monteleone to the field of law enforcement as a high school student.

“In college, I initially went to school for international business. It didn’t take long for me to realize it wasn’t for me,” Monteleone said. “And I changed my major to criminal justice.”

Monteleone attended Cal State Fullerton before working as an Orange County deputy probation counselor and then a court services officer.

“The internship really laid the foundation in my approach to my job,” Monteleone said. “I got to do ride-alongs, help with crime prevention and neighborhood watch. I got to see the good things that police officers do, and ultimately I wanted to be part of that.”

Monteleone says one of the most rewarding segments in her career in law enforcement has been working with juveniles.

“It was also the most emotionally draining,” Monteleone said. “These kids, under 18, are there for gun violence, drugs, gangs. In many cases, their family life is not stable. One parent is working multiple jobs, while the other parent is incarcerated.”

Monteleone says she helped connect juveniles, who wanted to improve their situation, to services such as tattoo removals or jobs through a Regional Occupation Program (ROP). Other times, clients get caught in and out of incarceration despite early intervention.

“Some of these kids would grow up and go on to serve time for murder or other serious crimes,” Monteleone said. “I would run into them while on the job, and they would get to run into someone they knew; it was like they were like 16-year-old kids again.”

Monteleone says no matter the infractions, she still made the effort to connect to each client.

“Ultimately, these kids just wanted someone in their life to tell them the difference between right and wrong,” Monteleone said. “My approach and always has been that I’ll do anything I can to help you; you just can’t lie to me. Having honest dialogue sets the foundation in moving toward a solution.”

Monteleone’s predecessor, Lt. Margie Sheehan, has been selected by Sheriff Don Barnes to serve as his executive aide. Barnes served in the position prior to his election as sheriff.

“I am eternally grateful to the city manager, council and my department for the opportunity to serve the city of Dana Point,” Sheehan said. “But it is the combined commitment of the citizens of the city and the deputies that serve them that stay with me.”

Dana Point Times asked Sheehan if she could leave Monteleone with any words of advice ahead of her transition to chief of police.

“Dana Point is very special and unlike other cities. The residents are very engaged in the community, and they feel we are part of the community as well. ‘Police Services’ are the key words. We are here to serve the community. My hope is that people understand we are part of the solution,” Sheehan said. “It’s said that the greatness of a community is measured by the compassion and commitment of the citizens within. The same can be said of law enforcement officers. The combination of the two is what makes Dana Point my favorite place on earth.”

A special presentation will be made at the Sept. 3 Dana Point City Council meeting to honor Lt. Margie Sheehan’s service to Dana Point. The meeting begins at 6 p.m. and will be held at City Hall’s Council Chambers, 32282 Golden Lantern, Dana Point.