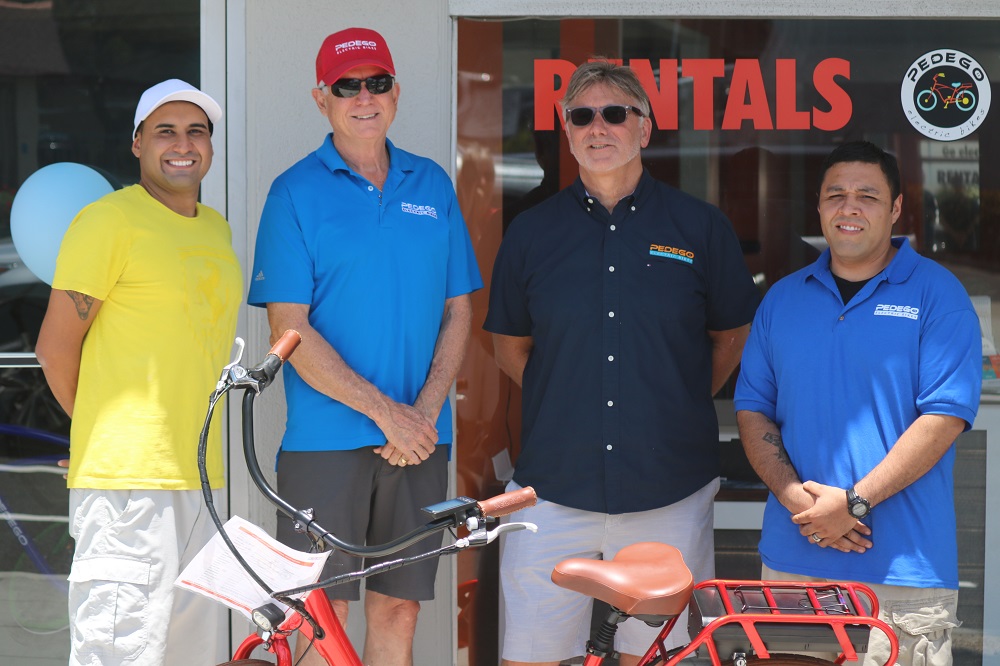 Founded in Newport Beach by two friends looking to make their own return from the beach less strenuous, Pedego Electric Bikes has become a nationally recognized brand.

“We aren’t the highest or lowest priced,” Pedego marketing explicitly states. “We’re the greatest value.” Ranging from approximately $2,000 dollars to more than $5,000 Pedego offers a bike for the full range of electric bike consumer.

All Pedego bikes operate on a pedal assist throttle system where a rider can either pedal under full man-power, pedal with throttle assistance or fully throttle.

Serrano said that under normal circumstances Pedego’s can throttle up to slightly more than 20 miles per hour with their most popular battery option having 720 watt hours, offering a more than 60 mile range.

“Really, it’s all about making exploring and freedom accessible to everyone,” Val said. “We’re proud to become a part of this amazing community, and we encourage anyone and everyone to come into the shop. We can’t wait to meet you, Dana Point and we’re here.”