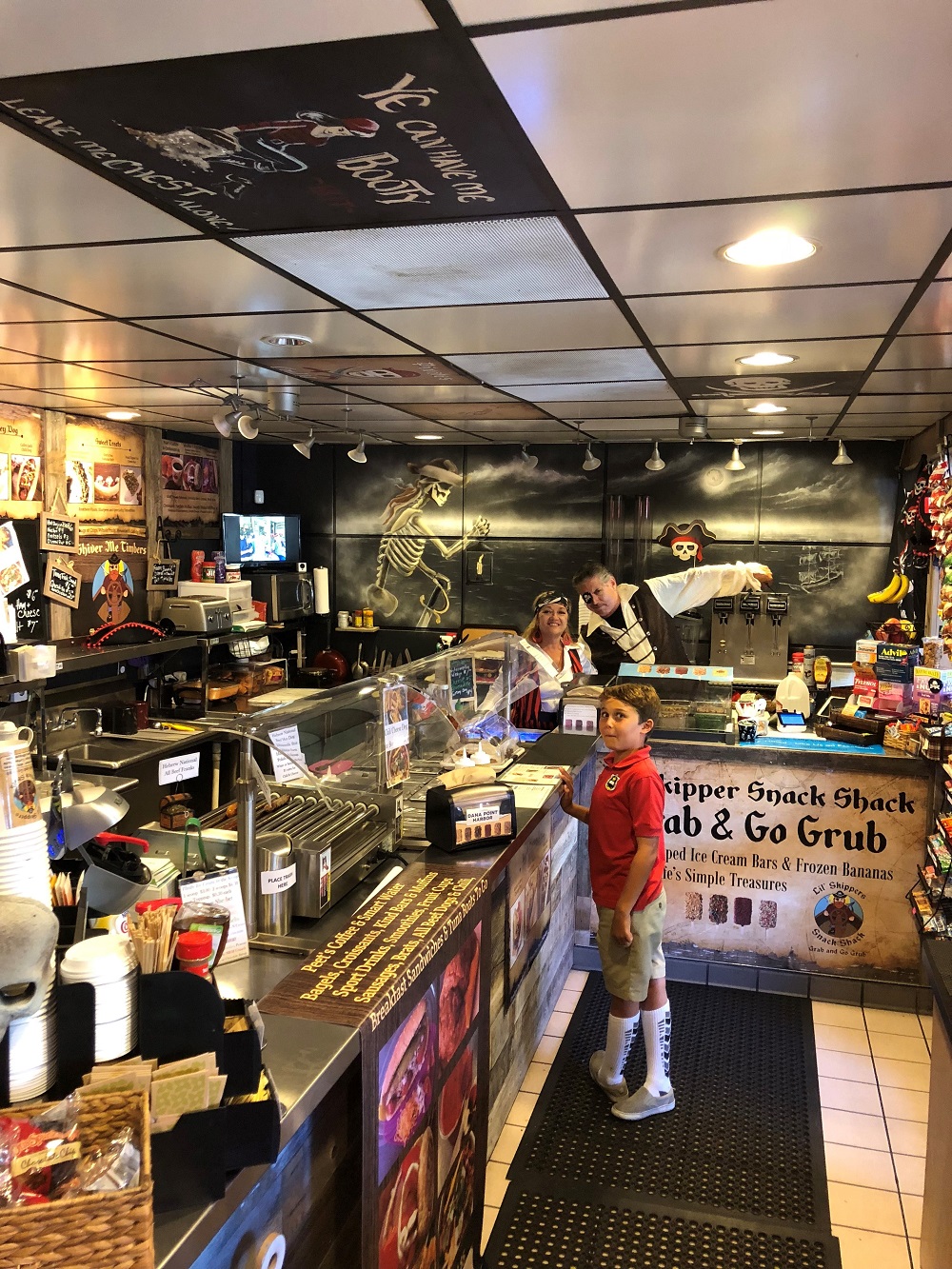 Since opening in the spring of 2018, Thiel reports having doubled business since the previous owners.

At Lil Skipper, Thiel says she aims to serve “good food for people in good moods.”

Largely catering to customers of the various charters throughout the Dana Point Harbor wharf, Thiel says she prides herself on making quick and easy, high quality.

“It’s a fun place here. The kids want to come, and the parents know they aren’t going to break the bank for a snack or a drink before or after their cruise or charter,” Thiel explained.

Originally from Wisconsin, Thiel is not bashful about the quality products she offers at Lil Skipper.

“This is the best place ever,” a child screamed, scampering in to Lil Skipper towards the ice cream section to try his hand at presenting his greatest pirate “arrrrrghhh,” for which Thiel awards with “booty” aka pirate rings and accessories.

Lil Skipper could be called a convenience store, but instead, it is quickly proving itself as a place of preference.

With a full range of food, snacks and drinks, Lil Skipper has found a niche in its small corner of the Dana Point Harbor.

Being only one of three total employees, the family friend and familiar feel is sure to appeal to boaters for some time to come.