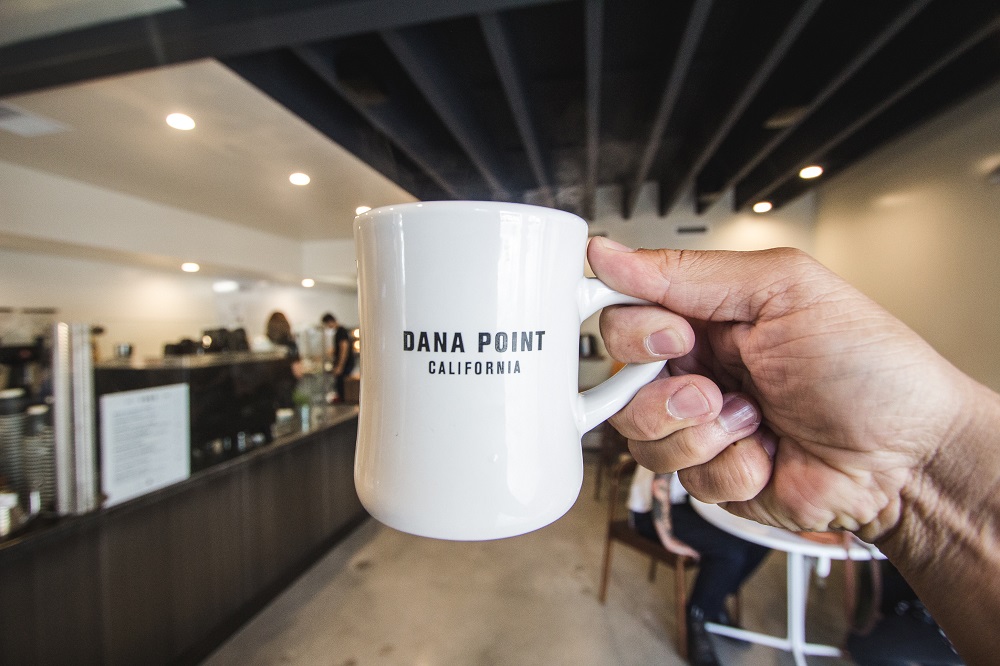 Bear Coast Coffee, a staple in San Clemente since 2014, recently opened its second location and is now serving the residents and visitors of Dana Point.

Over the last few years, Bear Coast Founder Jeff Clinard has built a cult-like following of morning java addicts and afternoon coffee connoisseurs with his coastal coffee shop across from the San Clemente Pier. Priding itself on its warm, welcoming and energetic staff, the San Clemente-based shop has made its mark on Clinard’s South Orange County hometown and become a staple of the community.

However, since the opening of the stand-alone San Clemente-based café in May of 2016, Clinard has been dreaming of a second location, where a cup of coffee could start a customer’s day in a positive way.

“At Bear Coast, we don’t just want to be the best cup of coffee,” Clinard said. “We really are focused on creating the best place to drink that cup of coffee.”

The Dana Point location offers exactly what the San Clemente location is lacking: space. The 700 square-foot establishment is not only a larger indoor footprint but also offers patio outdoor seating, something its San Clemente location is lacking due to limited space. When searching for the perfect sister location, Clinard said he took customer feedback and wishes into great account, and space was one of them.

Clinard also noted he is making an active effort to involve local and regional vendors from the famed Dana Point Farmers Market—held across from his new location on the La Plaza lawn—on the Bear Coast menu.

For instance, surprised by the foot-traffic during their soft opening on Sept. 22, Clinard said he began making those local connections by ad-libbing with the local Farmers Market.

“When one of the staff came out asking, ‘Jeff, we’re out of bread! What do we do?’  All I could do  was laugh, and point,” Clinard said, laughing again while sitting outside on his new La Plaza patio. “ ‘I’d say go get some bread.”

Also new and exciting is the focus on the Bear Cub Menu. In an effort to support the growing community of parent customers, and as a father of two himself, Clinard says he is fully committed to children’s food and beverage offerings.

Philanthropy and sustainability will continue to be a major focus as Bear Coast is committed to the natural environment of South Orange County, particularly of coastal cities such as San Clemente and Dana Point.

All Bear Coast-branded bags and plastics are compostable with the lids being composed of corn oil-based materials. The goal is to work closely with organizations to help offset carbon footprint, making responsible eco choices to be carbon-neutral when possible

Clinard hopes that the residents of Dana Point embrace this coffee lifestyle and accept the new establishment as one of their own.