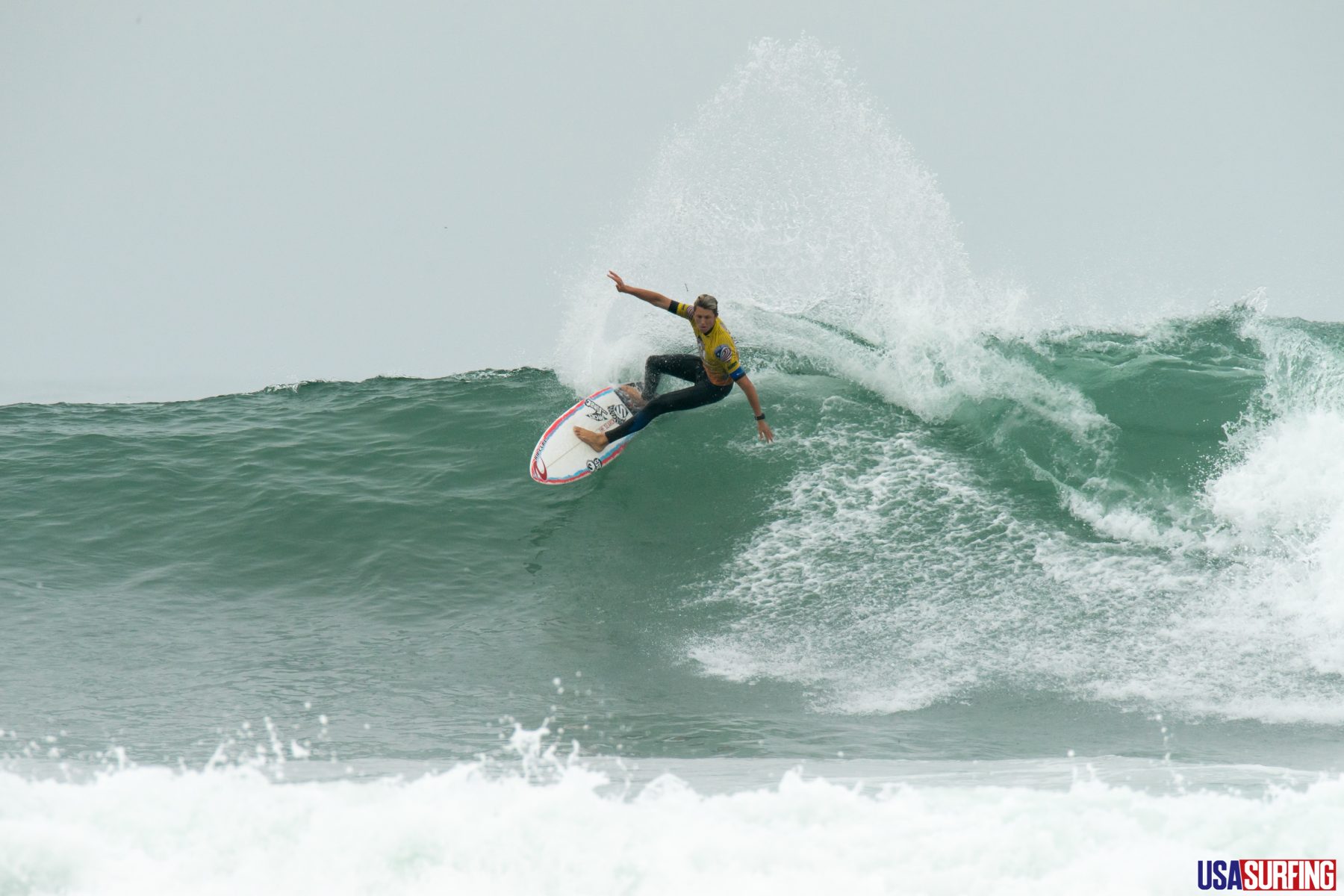 Forget the sharks; there are a lot of other hungry predators in the water in San Clemente—namely the next generation of surfers. Last week, the USA Surfing Championships landed at Lowers Trestles, and even with much-heralded talent showing up from around the country, it was the locals that stole the show.

Thanks to what might be the best south swell of the summer so far, Lowers was pumping and the kids were ripping. For San Clemente’s Cole Houshmand and Crosby Colapinto, the combination of national championships and generous swell provided them with opportunities to log career performances.

Houshmand might be the hardest working young surfer in town right now. Winning the boys under 18 division to claim the Governor’s Cup, the achievement is proof that with copious dedication and ample hard work, dreams can come true. Over the last couple of years, Houshmand has been battling it out among the amateur ranks. With success on the NSSA level, he’s also been carving out a spot on the WSL Junior circuit and Qualifying Series, but his win at the USA Surfing Championships elevates him to another level.

Houshmand’s moment to shine came with less than a minute on the clock in the final. As the seconds ticked away, a solid four-wave set appeared on the horizon. Hawaii’s Cody Young had been maintaining a slim lead throughout the heat, but with the number of waves in the set, every surfer was going to check a chance. Houshmand drew first blood. By the time he hit the cobblestones on the beach he had thrown everything but the kitchen sink at the wave. With an explosive combination of maneuvers, he sliced his way to a 9.6 score. It was more than enough to put him in first place. One wave seemingly transformed him from grommet to national champ.

“It’s pretty hard to believe right now,” stammered Houshmand. “I knew I had a shot when that set came, and I just had to make the most of my opportunity. I was able to do a few turns and not fall off. I’m so stoked right now.”

Not to be outdone by an elder classman, Crosby Colapinto also rolled. Making the most of the all-time conditions, his parents posted up on the sand to watch the drama unfold while his brother, Griffin, stood in as his coach.

“My brother’s down here giving me some tips. He’s telling me to take the second wave of the set; it’s the cleanest one, just things like that to think about while I’m out in the water,” said Crosby.

If Griffin’s career as a pro surfer doesn’t work out (which doesn’t seem like it’s going to be an issue) he should definitely consider coaching. Whatever he told Crosby must have worked, because he was dominant in the under 16 final. To date, he’s had some career success, but to win a division at the USA Surfing Championships is a big deal. It’s one of the most coveted amateur contests on the schedule and will serve as a springboard for bigger and better things in the months and years to come.

“The surf’s been pumping all week, and to be able to come down from the house in the morning for a surf, then go back home for a good breakfast before heading back down for the day, those kinds of things make a difference,” Crosby added.

More than just a contest, the 2017 USA Surfing Championships was also an opportunity to make a very big announcement. On the awards podium, CEO Greg Cruse said the USA Surfing Program was now the official governing body of America’s Olympic Surfing Program, which will eventually represent the United States at the 2020 Olympics in Tokyo.

“It’s been a two-and-a-half-year journey, super difficult, but I’m happy to announce that we are the Olympic governing body of surfing,” said Cruse.

For Houshmand and Colapinto, as well as all the other winners at the USA Surfing Championships, what this means is that they will now be part of a flagship program to begin training America’s first generation of Olympic surfers. The program will adhere to all the same rules, guidelines and practices like other national Olympic governing bodies, such as U.S. Swimming or U.S. Skiing. It’s a long time until 2020, but the wheels of progress are quickly picking up speed. Who knows? In three years we could see either of these surfers standing atop a podium with gold hanging from their necks.