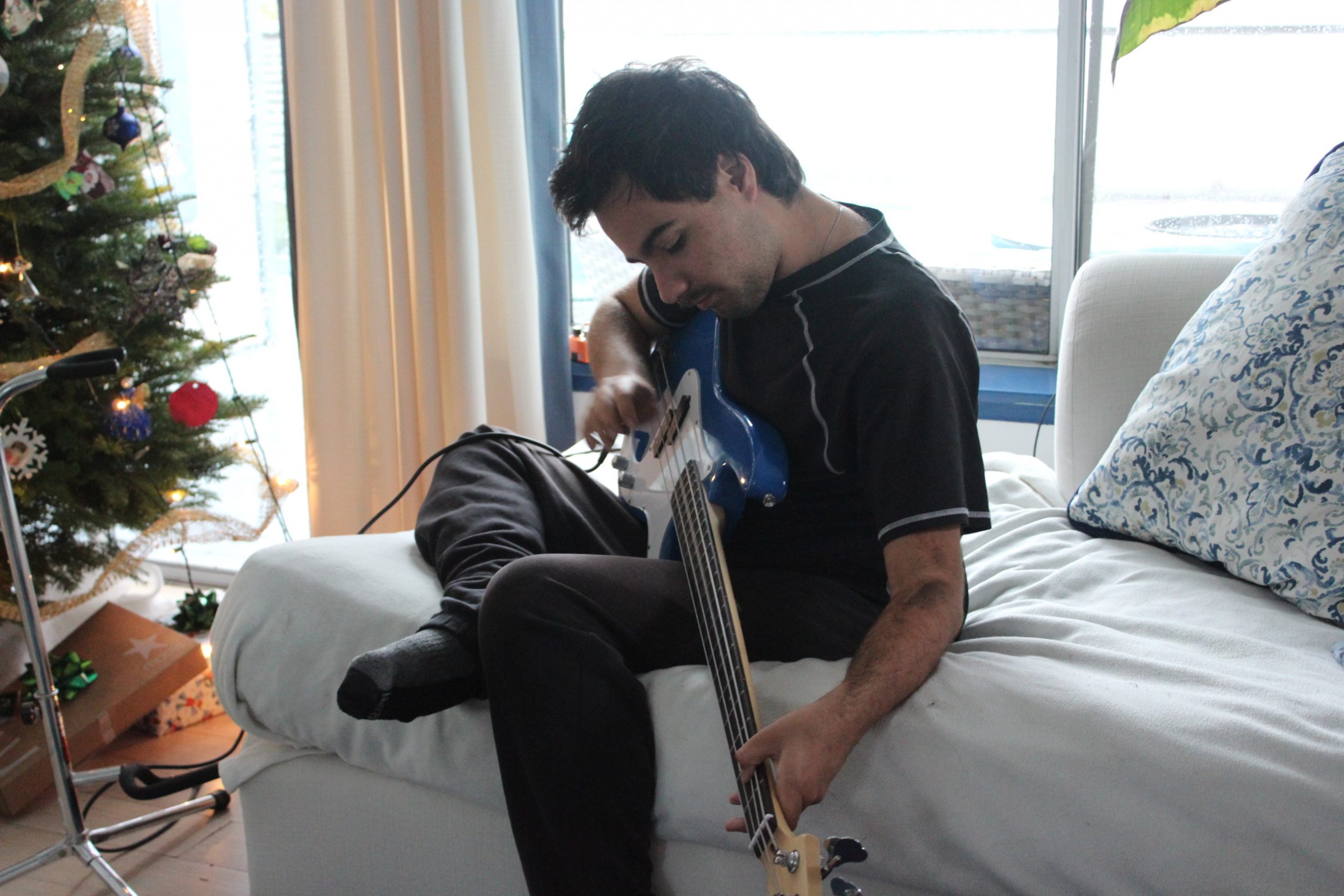 Featured Image: Danny Dubois strums chords on his guitar on Dec. 14. Though he has high-functioning autism, Dubois has started MusicAbility, a program in which he offers music lessons to students with disabilities as a way to connect and share his passion for music. Photo: Breeana Greenberg

Playing music feels like heaven to 21-year-old Dana Point resident Danny Dubois. Danny, who has high-functioning autism, offers music lessons to students with disabilities as a way to connect and share his passion for music.

Music serves as a way for kids with autism to connect and communicate, explained Mary Dubois, Danny’s mother. Danny finds joy in bringing people together to create a band. Jamming out together not only creates music, but also friendship, Mary said.

Michael Bakan is the professor of ethnomusicology—the study of music in its cultural context—at the College of Music at Florida State University. He explained that music can offer a safe place to thrive in a society that often disenables those with disabilities.

Bakan further defines ethnomusicology as “the study of how people make and experience music, and of why it matters to them that they do.”

There are all kinds of social communities that exist around music, Bakan said. Music “brings people together to play it, to perform it, to listen to it, to share it.”

“When you hear someone play music, even if it’s music you don’t know anything about, there’s a fundamental sense that you’ll have of, ‘OK, this is another human being,’ and that forms a point of connection,” Bakan said.

“In fact,” he continued, “that happens with music faster than with most other forms of cultural expression. … You hear it and you recognize it as music. Maybe it’s strange, maybe it’s different, but you recognize that it’s got some kind of thing that connects to your humanity, your culture, your sense of what music is, and you can appreciate and listen to it and enjoy it, even if you have no idea what’s really going on in its own cultural context.”

Danny said he has been interested in music since he was young. At 4, he began taking piano lessons. At 13, he began taking music lessons at Danman’s Music School, where he picked up guitar, drums and ukulele.

“Music has the potential to improve quality of life for most people, which is part of why I think, even though it seems like music isn’t a necessity of human life; in other words, it’s not like food, it’s not like shelter, it’s not absolutely necessary … but yet, wherever we go, it’s always there,” Bakan said. “And that means that essentially, it must be a human need.”

Music can be a space that mediates the challenges that those with autism face, Bakan explained.

“You can play music without making eye contact with your fellow musicians,” Bakan said. “Like when I play, my eyes are closed 90% of the time. You can play music without having to negotiate everything in sort of linguistic terms; you can be in a space with someone musically without it being this kind of uncomfortably interrogational kind of space. And that’s a real beautiful quality of music that I think is appealing.”

Echoing Bakan, Mary felt that playing music was a healthy and fun way to express emotions.

“People with disabilities, too, like Danny, he’s not saying a lot of words, but when he’s on stage, I mean, it just comes out,” Mary said. “So, I think other kids with disabilities, they could do that, because they’re not as inhibited as a typical person would be, so that brings out just a lot of their emotions.”

Danny offers hour-long piano, guitar, drums and singing lessons. He hopes to share his passion for music with his students and help them find their passion for music as it helps improve communication for kids with disabilities, Mary said.

Danny Dubois’ MusicAbility Music Therapy and Lessons is a donation-based program. Ten percent of proceeds will go to The Autism Community in Action.