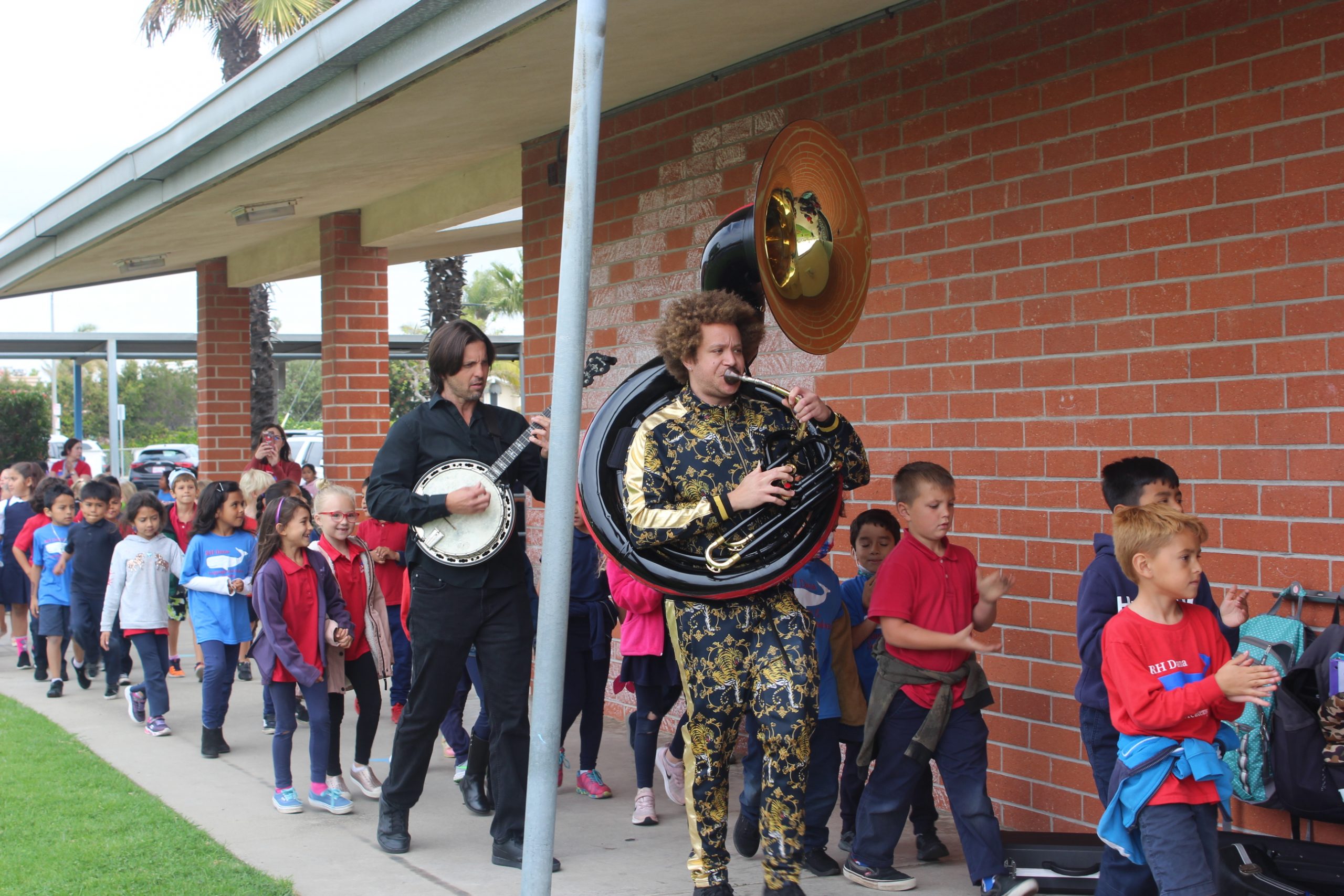 Fifth grade students at the local elementary school participated in the program, learning about music from the birth of jazz to rap, as well as surf music.

“This was a tremendous 10 weeks that we spent and we wanted to share a little bit about the program that we do with the rest of the school and with the community that supports us so well,” Anthony Small, cofounder of Music Preserves, said.

The 10-week program consisted of one, half hour class a week. Each class focused on a different style of music, “beginning with the roots of American music, which is the birth of the blues, going to New Orleans jazz, and then electrified blues, bebop jazz, the Harlem renaissance, country music, rock music, and even an episode (class) dedicated to rap music, as well as surf music,” Small said.

By the end of the course, students played a “name that genre” game, during which Small said the students could easily differentiate the various styles within a few seconds of listening.

“All those different genres, we pick an artist to talk about more specifically, their journey, and then mix in geography, fashion, art and of course music history,” Small continued. “And then after the 10 weeks, we concluded with (the wrap party), with the support of the city.”

Music Preserves offers student education for middle schools and high schools, as well as community education programs. Small explained that the kids don’t learn how to play music, rather they learn why it sounds the way that it does.

“That viewpoint, that multicultural viewpoint, is extremely valuable in our history,” Small said.

Three fifth-grade students who were part of the music history program spoke during the presentation about what they learned and loved from the experience. Two of the students said that rock and roll was their favorite style of music and one student said New Orleans jazz was her favorite because of the variety of instruments the genre uses.

Stein and Taylor had previously performed at Music Preserves one-year anniversary party. At the wrap party, the duo played a couple songs on stage before they led the students through the elementary school campus as a second line parade.

“I think this is important,” Stein said. “This program is important for all of you guys because I think we have a lot of future musicians here and it’s good for you to start learning about music and learning about the details and as students that were here on the stage expressed.”

“They learned a lot and gathered a lot from this program and I think we’re going to see some great musicians come out of here in a few years, and I’m looking forward to hearing you guys,” Stein continued.

“These programs wouldn’t happen without the support of the City Council and the City of Dana Point staff, and we’re just very grateful to the community, the Chamber of Commerce,” Small said. “Everybody’s support allows us to bring our programs to more and more kids.”

Editor’s Note: Anthony Small is a PFM contributor who writes the Dana ROCKS column for the Dana Point Times.