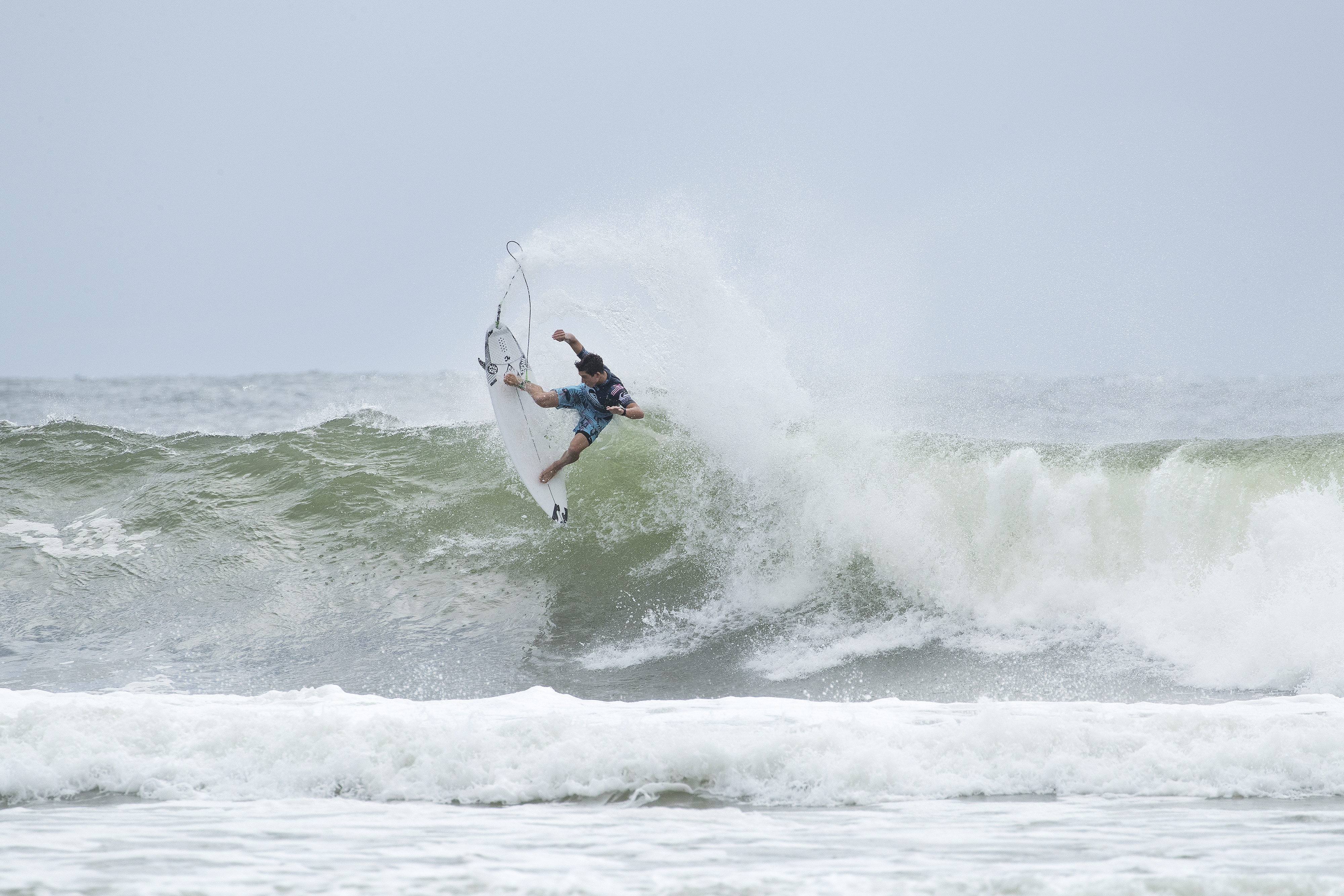 So Much Winning: Local surfers dominate on every level of the surf game

What a week for local surfing. Where do we begin?

Let’s take it from the top. Last weekend, the WSL Championship Tour kicked off with the Quiksilver Pro on Australia’s Gold Coast. A rookie on tour, San Clemente’s Griffin Colapinto took to the water for the first time in his young career. As the low man on the totem pole, he had the lowest seed in the draw, meaning he’d be matched up against two-time reigning world champion John John Florence.

Undaunted and seemingly immune to the pressure and nerves, Colapinto came out swinging. While Florence fell on his first ride, Colapinto got right to work. He locked into a deep tube, came out clean and followed it up with a couple of solid turns. The judges awarded him with a seven-point score for the wave and all of a sudden Colapinto was in the lead. He never looked back.

“It feels really good to get the Round 1 win over those guys in my first event, but I’m trying not to hype it up,” said Colapinto in his post-heat interview. “At the end of the day, it’s only Round 1 and I have goals of getting some big results this year, so I don’t want to get ahead of myself.”

Cool and confident, Colapinto noted that his goals for the 2018 season are to finish in the top 10 on tour and “have as much fun as possible.” So far, it would appear he’s having a heck of a good time.

In the heat immediately following Colapinto’s, San Clemente veteran Kolohe Andino landed a huge air reverse into the flats to take the win. San Clemente transplants Jordy Smith and Filipe Toledo also won their heats. The only local surfer not to advance in the Quiksilver Pro was Pat Gudauskas, who found himself on the losing end of a wave-starved heat. He’ll have another chance at redemption coming up in Round 2 when the contest resumes.

That kind of success on the international stage should be enough to warrant critical acclaim, but the hits just kept on coming. Over in Cocoa Beach, Florida, for the Ron Jon Quiksilver Pro, a WSL Qualifying Series contest, a host of South Orange County talent found their way to the podium.

On the men’s side, Colt Ward ripped his way to a very respectable runner-up finish. Carrying a ton of momentum into the final, unfortunately, the ocean had other ideas. The conditions proved to be challenging and Ward came up short when the salt spray finally settled.

“This is a great result moving forward, and hopefully it’s the one that gets the ball rolling,” said Ward after the final. “I definitely feel like I worked on my heat strategies in this one and picked only the best waves, and I was just having fun all week without putting too much pressure on myself.”

In the Pro Junior, Kirra Pinkerton kept her winning ways going with a command performance in the tricky Florida surf. It was her second Pro Junior win in a row and she now sits atop the North American Junior rankings.

“It’s kind of unbelievable to get that win because I didn’t expect it at all and I’m just so happy to start the year off right,” said Pinkerton in her post-heat interview. “The waves are tough here, but if you can get into the good ones you can really get some turns in. (Coming from Australia just before this one), the waves were literally flat over there, so I was able to get some training on the board I was riding today.”

Meanwhile, in more local waters, the West Coast Board Riders contest landed in Huntington Beach last weekend. Despite wind, rain and a lack of swell, surf clubs from up and down Southern California popped their tents up on the beach at Orange Street and made the most of it. When it was all said and done, the San Clemente Board Riders won the team contest to bring the Board Riders cup back to town. For the effort, the San Clemente team will also get a spot in the upcoming Jack’s Pro in Huntington Beach.

“It’s so good to see all of the generations of surfers come together and enjoy this kind of success,” said club VP Frankie D’Andre. “This thing just started last year, and to see how far we’ve come, it’s really inspiring. For all the clubs, not just San Clemente, it’s a step in the right direction that’s bringing surf communities up and down the coast together.”

All that and we haven’t even gotten to the success our local groms have been enjoying on the NSSA and WSA circuits. That story is going to have to wait until the next lap around the block.