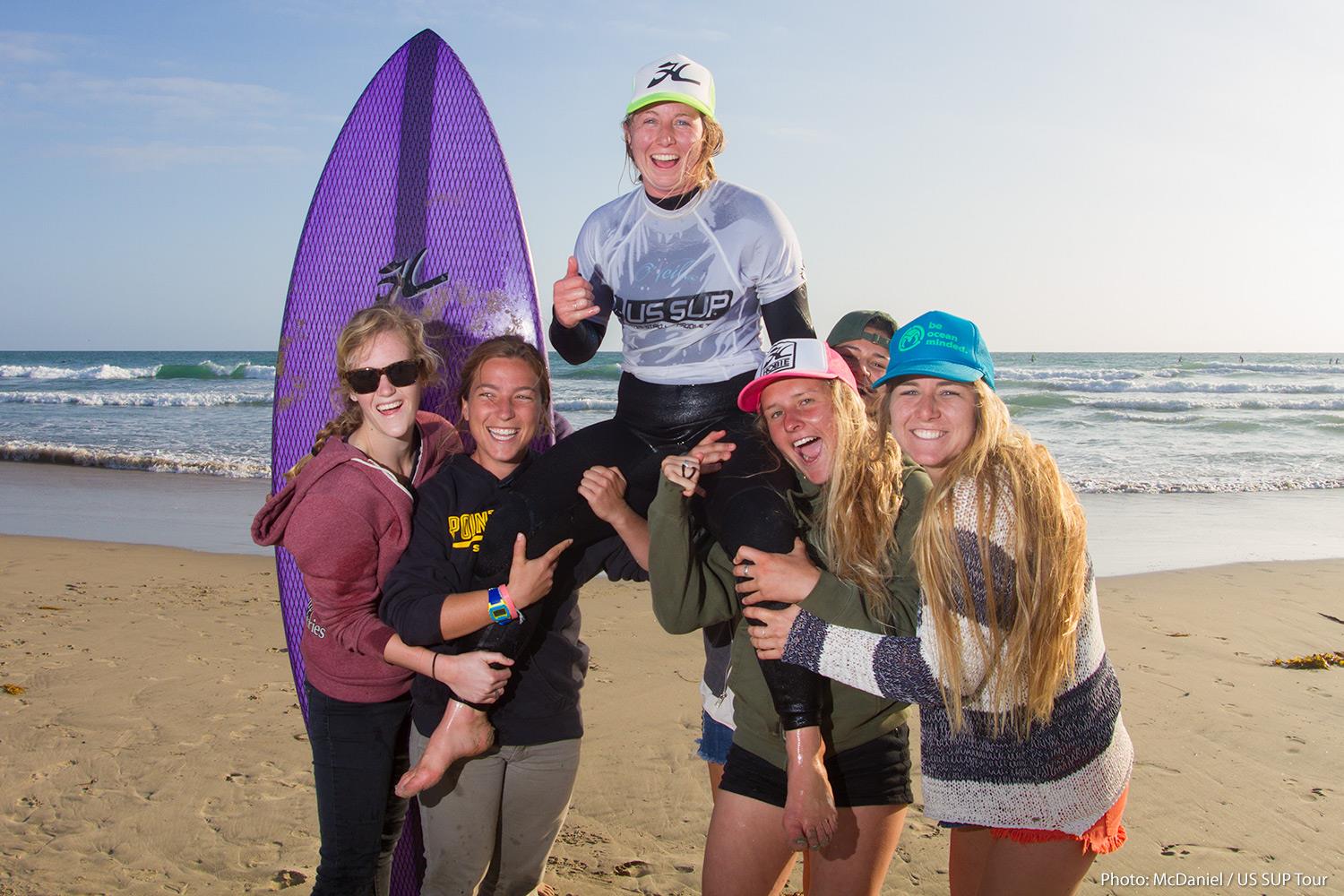 Moving Up in the Game of SUP

Locals shine in first US SUP Tour event of the season

Choppy conditions at the Huntington Beach Pier challenged both SUP surfing and SUP racing contestants who delivered exciting performances, highlighting their expert command of the waist- to shoulder-high waves.

“It felt really great to win the first one again, and set a precedent for the season,” Merrill said. “I went in considering it a training event for the ISA World Championship. This event had the highest caliber of talent of any contest I’ve surfed in before, and I appreciate that. It really pushed me to become a better competitor.”

Cairns had his eye on both Merrill and McPhillips, who are members of the US SUP Team and will be traveling in May to Nicaragua for the International Surfing Association World SUP and Paddleboard Championship in May.

“This was a great warm up for Colin and Emmy and a good opportunity for me to see how they’re surfing leading up to Nicaragua,” Cairns said. “South Orange County is a hotbed of SUP talent and these two are definitely standouts in SUP surf.”

Candice Appleby of San Clemente earned top honors in the Women’s Pro Race division and took third in Women’s SUP Surf. But she didn’t have much time to let her results sink in, as Appleby, along with a number of other competitors, headed straight to Brazil for event No. 2 of the Stand Up World Tour set for March 29.

More information, including schedules and event photos, can be found on the tour’s Facebook page.

US SUP Tour Event No. 1 Results: