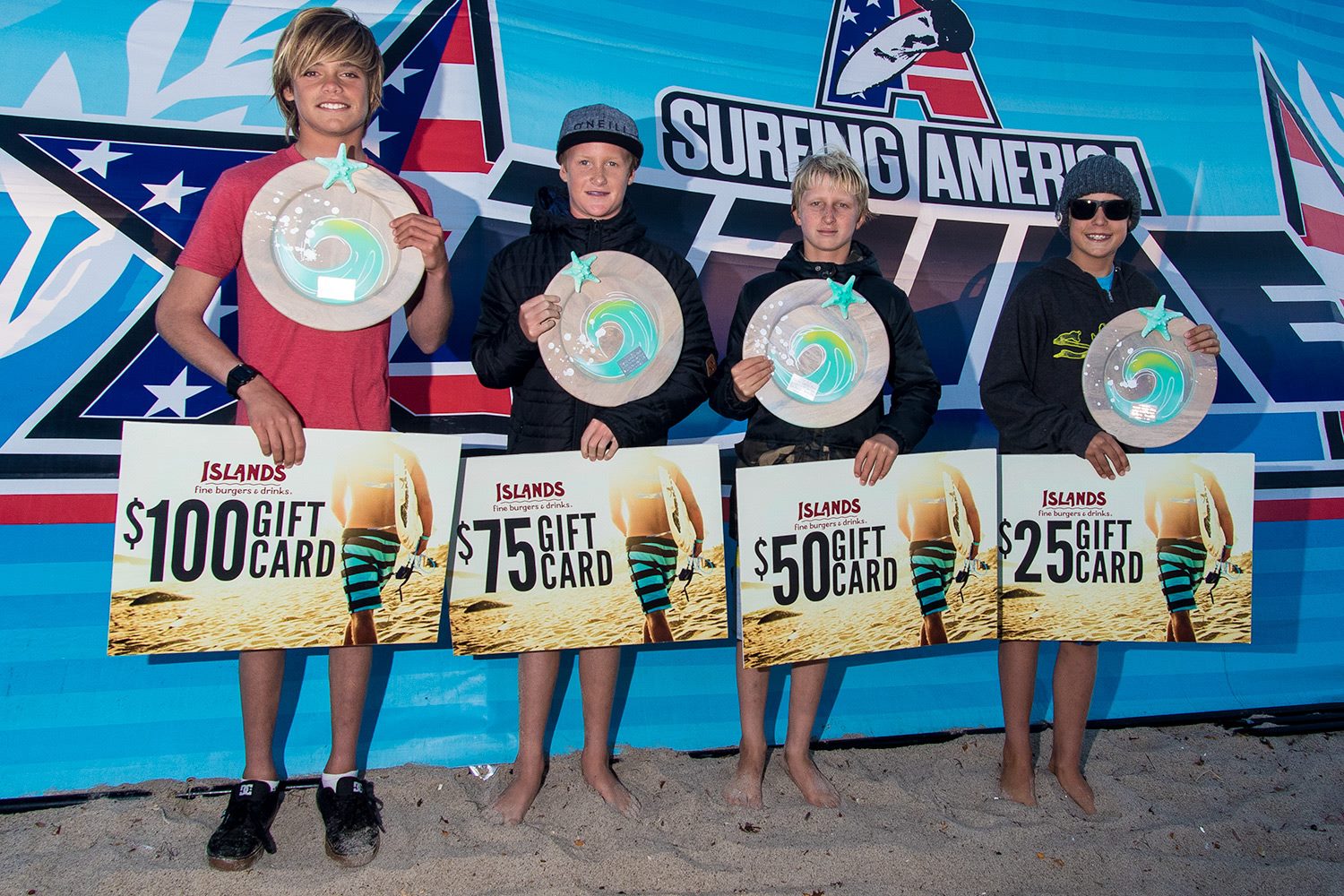 Moving on Up at Uppers

Summer-like weather and waves in the 4- to 6-foot range, with occasional 8-foot sets, made for exciting times at Surfing America Prime, Event No. 5, Feb. 7 and 8 at San Onofre State Beach, Upper Trestles.

The conditions, courtesy of a strong west swell, remained consistent throughout the weekend, aside from slightly smaller surf on Saturday and a bit more wind on Sunday. A few heats in the semifinal and final rounds, made for exciting, edge-or-your-seat viewing.

Of the 20 possible podium spots, San Clemente surfers claimed 10 and won three of the five divisions.

The Boys U16 division was commanded by Cole Houshmand with 15.83 points and the highest average wave score among all of the boys finals—8.33.

The highest wave score among the girls division finalists went to Malia Osterkamp, with an 8.90.

The closest final of the contest came on Sunday in the Boys U14 division, when the top three finishers, ended with scores separating first and second, as well as second and third place, by 0.27 points. Kade Matson, 12.94, took top honors, followed by runner-up Noah Hill, 12.67 and Griffin Foy in third, with 12.40. Fourth-place finisher Kai McPhillips had a great run to the final but just didn’t find himself on a wave with high scoring potential and ended his run with a 4.90.

Division victories not claimed by locals—Girls U18 and Boys U18—went to Santa Cruz surfers Autumn Hays and John Mel.

A location for event No. 6 of the six-event regular season has yet to be announced.