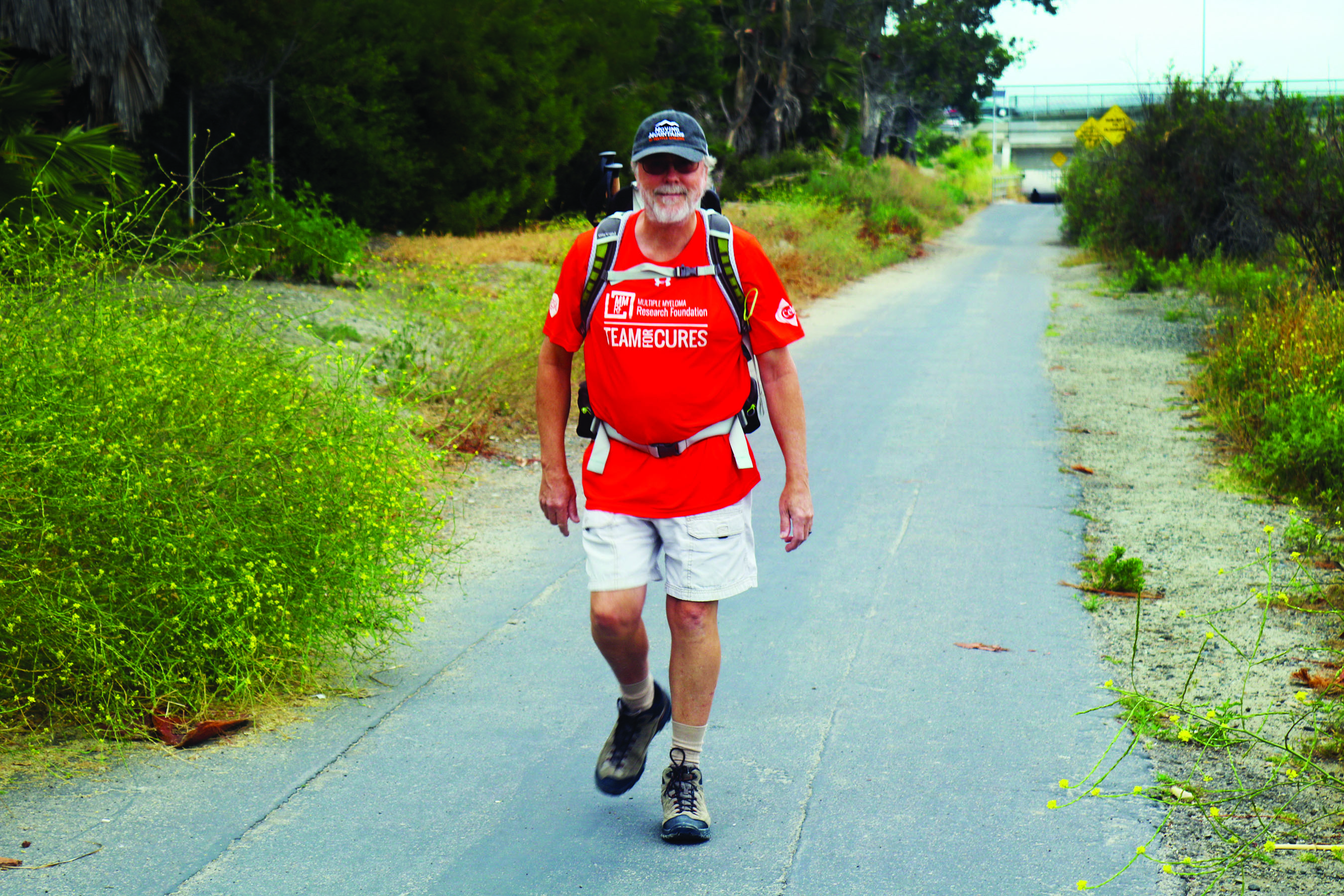 When Richard Bell met the love of his life in South Orange County, he never anticipated having to spend the earlier years of marriage in a long-distance relationship to undergo cancer treatment.

The London native had initially made his way to Southern California in 1995 to prepare for the Baja 1000—an off-road motorsport race held on Baja California Peninsula each year. Bell worked with friends based in Southern California to make improvements to a car they would race. The race drew Bell to Orange County and Mexico several times a year.

In March 2001, Bell met his future wife, Claire, a Laguna Beach resident. The two had spent only 24 hours together before Bell boarded his flight back to the UK. When Bell returned to Orange County in June, he asked Claire to marry him. After selling his business and settling arrangements in London, Bell moved to the United States in 2003.

“We didn’t have to spend too much time together before I knew I wanted to spend my life with her,” Bell said. “To this day, we are very happily married.”

Bell and his wife had put down money on a house in Dana Point shortly before he started experiencing back pains in 2004.

“I thought it was from all the heavy lifting I did on the job,” Bell said. “After a few months, paralysis set in below my waist. So I finally decided to see a doctor after a few months.”

That summer, at age 44, Bell was diagnosed with multiple myeloma, a cancer that can damage plasma cells, bones, the immune system, kidneys, and red blood cell count. There are fewer than 200,000 cases of multiple myeloma in the U.S. per year, and it represents about 1% of all diagnosed cancers worldwide.

“I had an MRI, which showed a tumor in my T7 vertebrae. This had grown until it had impinged on my spinal cord, which had taken all the feeling from my legs,” Bell said. “This immediately led to 21 days of focused radiation treatment on my spine here in California to shrink the tumor.”

According to the National Cancer Institute, multiple myeloma gives patients less than a 50% chance of survival beyond five years. Malignant plasma cells, or myeloma cells, become cancerous and multiply. As the myeloma cells grow in excess in the bone marrow, it can result in bone pain, fatigue and other health complications.

On average, patients are diagnosed with multiple myeloma in their mid-to-late 60s. Some patients can manage symptoms, and life expectancy can be extended by the use of treatments.

Bell did not have health insurance in the U.S. and had to travel back to London for treatment, while Claire stayed behind and worked to pay the mortgage.

“The hardest thing about this journey was being away from home and the stress suffered by my wife,” Bell said. “But I was lucky to live at my parents’ house, enabling me to receive my initial treatment at the local county hospital.”

Bell underwent six months of chemotherapy with the prospect of an autologous transplant. He was then referred to a London facility to find a match. As it turns out, Bell’s sister was a six-for-six match, allowing Bell to have an allogenic transplant using her bone marrow.

“The mortality rate for the procedure was around 30%, but it was my best shot at a long remission,” Bell said.

In the spring of 2005, Bell had total body irradiation and received the allogenic transplant, followed by being placed in isolation for three weeks to avoid any infections. With the help of anti-rejection drugs, Bell was able to return to Claire in California a year later.

Now, Bell says he wants to give back to the research community by raising awareness.

“I’ve been terribly lucky—lucky that I got to the doctor when I did, lucky that I could get treatment in the UK, lucky that my sister was a match for a transplant,” Bell said. “If researchers have the support to understand this disease better and resources can be more readily available, other myeloma patients might be able to be as lucky as I once was.”

In previous years, patients, caregivers, myeloma doctors and nurses, as well as loved ones of those diagnosed with myeloma, have taken on Mount Kilimanjaro, the Grand Canyon, Machu Picchu, Mount Fuji and Everest Base Camp. The first climb was organized in January 2016 for Kilimanjaro, with the team raising nearly $250,000. All proceeds went to MMRF, helping to coordinate appropriate treatment for myeloma patients. To date, the Moving Mountains for Multiple Myeloma program has raised more than $1.7 million, all of which goes directly to the MMRF.

Mount Washington is the highest peak in northeastern U.S. and is known for its extreme weather, with 4,000 feet of elevation. Bell has been going on hikes and walks in the Dana Point area to prepare for the trek.