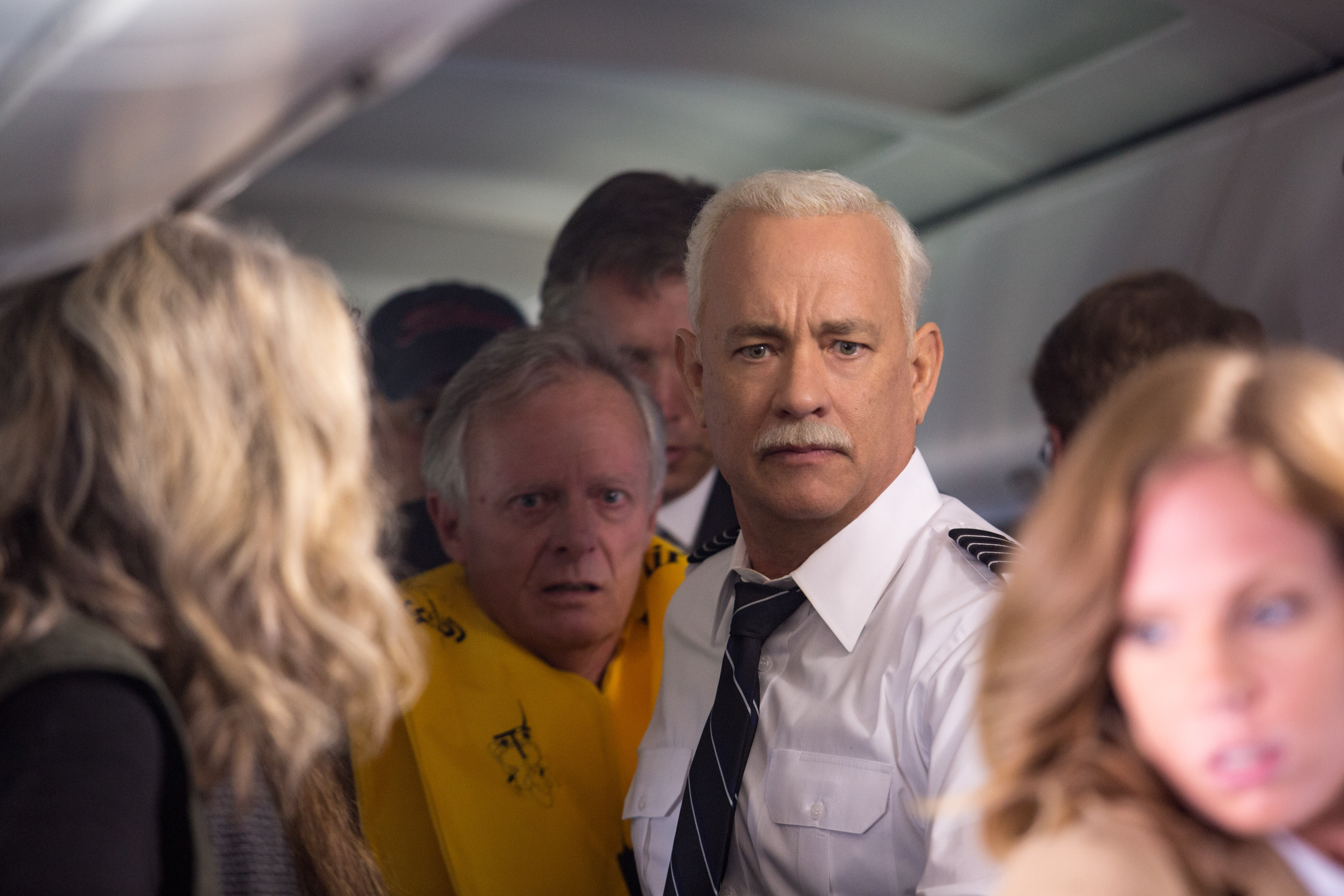 In a year when producers and studios are having trouble selling films based on star quality, Hollywood vets Clint Eastwood and Tom Hanks release Sully with ease. These two, along with Laura Linney, are the only big names attached to the movie, and that’s all it took for the film to fly to No. 1 at the box office. On top of that, the film is actually quite a surprise in that they made an intriguing film out of what seemed like a puzzling film choice.

In January 2009, Cpt. Chesley “Sully” Sullenberger (Hanks) and co-pilot Jeff Skiles (Aaron Eckhart) have their plane struck by stray birds, right as their commercial flight takes off and suddenly their engines are shot. Sullenberger instantly makes the risky decision to land on water in the Hudson River. History deems the incident “miraculous,” and everyone is saved, but Sullenberger and Skiles are shaken up mentally.

Linney plays Mrs. Sullenberger back home, and Mike O’Malley and Anna Gunn play members of the National Transportation Safety Board who aren’t convinced Sullenberger made the right decision. These days, when filmmakers find it necessary to hit a two-hour runtime, Sully is only 90 minutes long and gets everything that needs to be said and shown in that time. Many have compared the feature to Robert Zemeckis’ Flight (2012), but Eastwood’s direction is actually more consistent here and uses nonlinear structure to show Sully’s trauma and reluctance to be labeled a hero. Hanks is the usual likable lead we’re used to seeing him, and Eastwood also makes appropriate use of a subtle and quiet score.