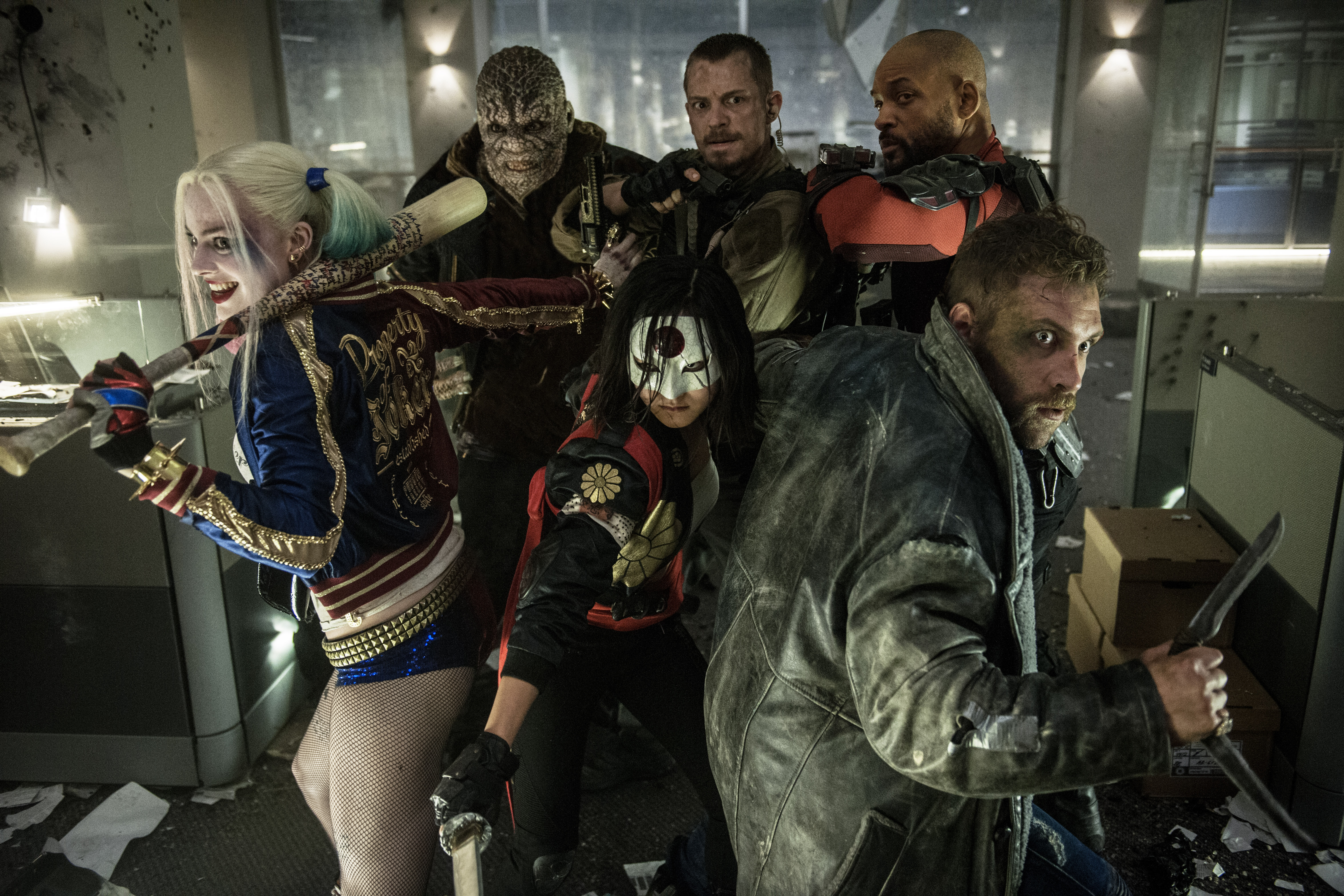 After nearly a decade of Marvel’s cinematic universe breaking through to mega success, the superhero hype has been dying down a lot the past couple of years. Warner Bros. and DC are finally trying to play catch up, and it’s backfiring terribly. Both Man of Steel and Batman v. Superman: Dawn of Justice were negatively polarizing, and their newest addition, Suicide Squad, suffers from many problems itself.

One of the maladies is its script. Suicide Squad has popular villains like Deadshot (Will Smith), Harley Quinn (Margot Robbie), Rick Flagg (Joel Kinnaman), Enchantress (Cara Delevingne) and Captain Boomerang (Jai Courtney) recruited by U.S. intelligence officer Amanda Waller (Viola Davis) to bring down the Joker (Jared Leto) and a dangerous, enigmatic entity. This would be an easy enough plot for an R-rated action movie, but because Warner Bros. gave filmmaker David Ayer a PG-13 movie to work around, the film is stuck with never being daring enough and coming across as a corny live-action cartoon instead.

Another issue is the editing. Suicide Squad allegedly had up to eight ghost editors and it really does feel like it when you view the film. There is no proper introduction to the feature, and the pacing is off for the entire runtime. The one saving grace is the underappreciated chemistry between Smith and Robbie. The two previously worked together on the also underwhelming Focus last year, and despite the mediocre content they’ve been given, they clearly enjoy working with each other and are naturals together. Maybe one day we’ll see the pairing put to good use.