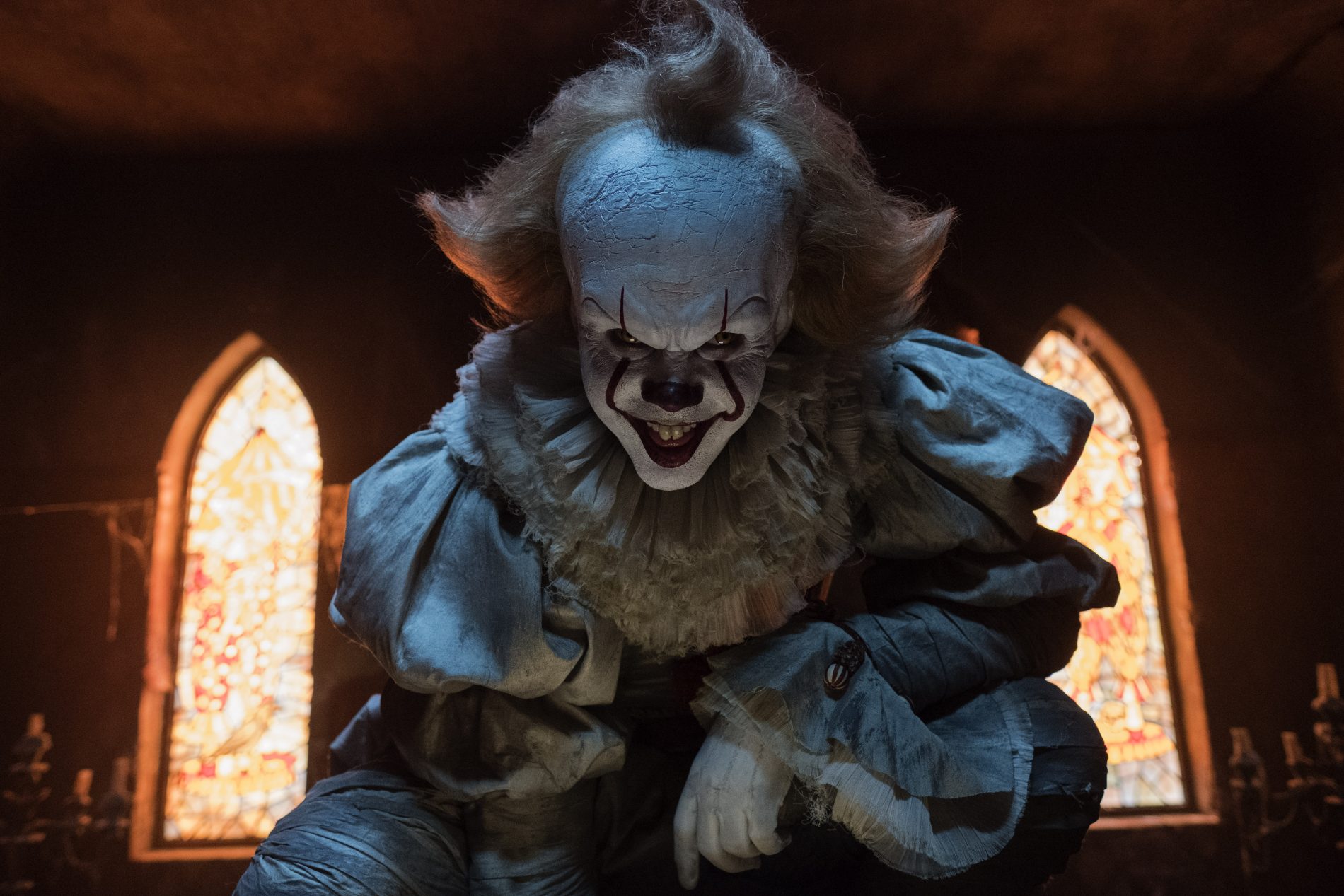 At the Movies: ‘It’ is Rated R for Spookiness

The best way to go in to Andy Muschietti’s new adaptation of Stephen King’s classic 1986 epic novel, It, is to have absolutely no nostalgic ties to the first mini-series adaptation back in 1990. The new version—or more accurately the first half of the new version, as it’s directly referred to as It: Chapter One in the credits—is not only a technological update, but also a cultural one. We follow the kids of Derry, Maine, throughout 1989 instead of 1959.

As most fans already know, King’s fictional town of Derry is cursed with a supernatural being (Bill Skarsgård) that haunts, abducts and ultimately kills children every 27 years. It’s latest victim includes middle schooler Bill Denbrough’s (Jaeden Lieberher) little brother, Georgie (Jackson Robert Scott), while Bill himself and his friends soon become victims of terror. The creature takes many faces and personas to terrify the kids, but its main identity is a clown.

Muschietti’s It is an upgrade with makeup, effects and atmosphere, as the TV version retrospectively is a bit corny in retrospect. But readers and viewers familiar with the original story will notice there are a few changes to fit a film narrative, but it’s nothing a casual movie fan wouldn’t mind. In many ways, the new It is probably going to be best enjoyed by those who don’t care for the book or TV series. What does need to be enforced is the R rating—which this movie is very much deserves for the frightening and graphic content, although it’s probably appropriate for audiences at least 14 years old, despite the characters’ young ages.