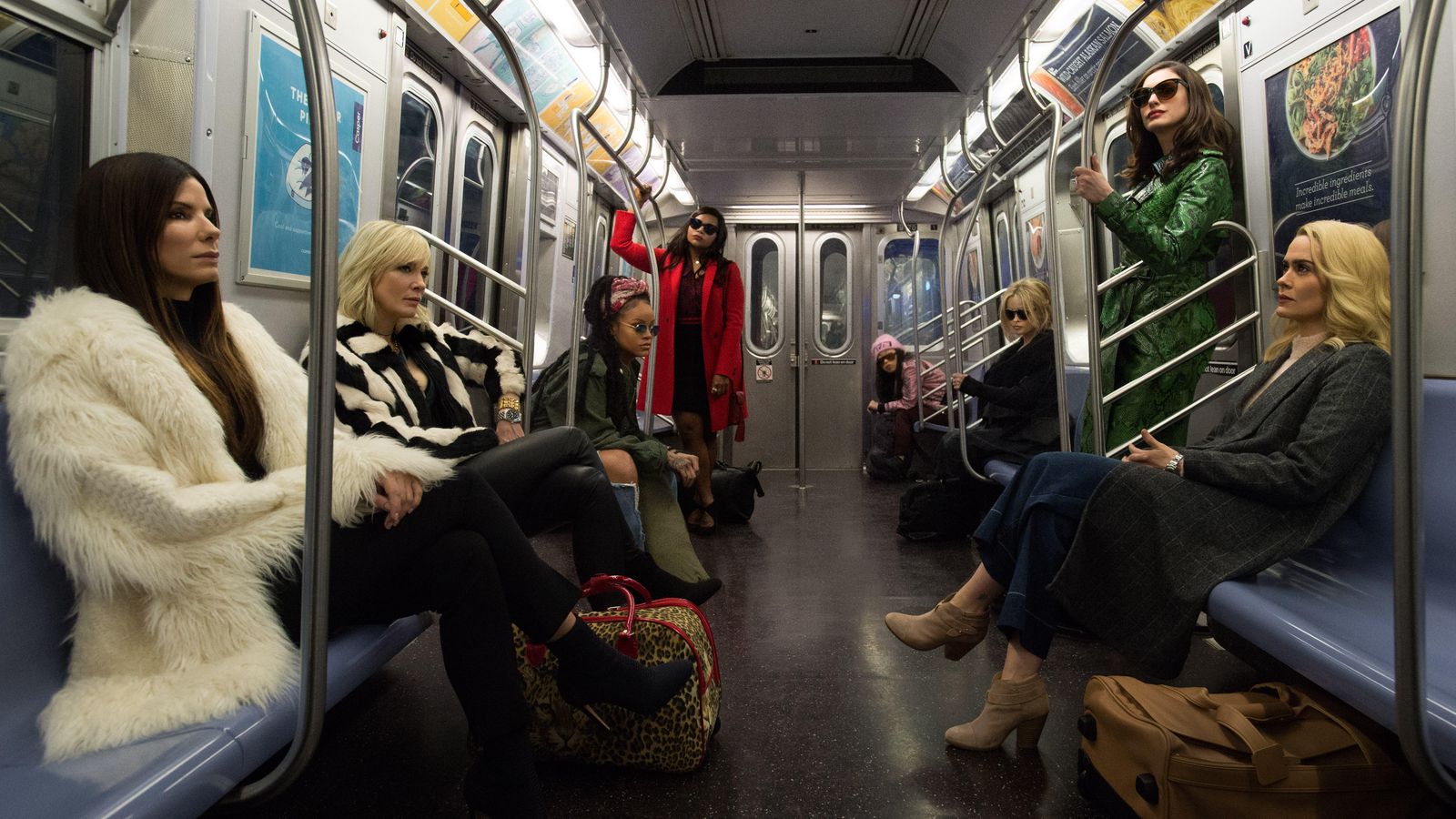 At the Movies: ‘Ocean’s 8’ is for Those Who Just Want Fun

I hate the term “mindless fun.” I think it’s an insult to audiences’ intelligence and a cheap phrase for studios to use to market mediocre blockbusters. Movies like A Quiet Place and Hereditary don’t doubt how smart their viewers are and have done well critically and financially. On the week Hereditary opened, Warner Bros. released their mildly anticipated, gender-swapped sequel, Ocean’s 8. In an era with forgettable, phoned-in, “mindless” remakes, was anyone really checking for another Ocean’s flick?
Debra Ocean (Sandra Bullock) is released from a five-year prison stint for theft and fraud with an elaborate plan to steal the most expensive necklace in the world. Her scheme involves old friend and fellow criminal Lou (Cate Blanchett), has-been fashion designer Rose Weil (Helena Bonham Carter), profiteer Tammy (Sarah Paulson), jewelry maker Amita (Mindy Kaling), pick-pocket Constance (Awkwafina) and a hacker who goes by “Eight-Ball” (Rihanna). They’re conspiring to snatch the necklace at The Met Gala while starlet Daphne Kluger (Anne Hathaway) is wearing it.
Ocean’s 8 is directed by Gary Ross, who’s had an interesting career starting with Big (1988) and Pleasantville (1998), to adapting The Hunger Games (2012). Now, I guess he’s directing a handful of Oscar-nominated actresses in a goofy heist comedy. Outside of Debra being Danny Ocean’s sister and a couple of cameos, there’s barely a connection to the previous films. The movie is legitimately mindless fun, although not in an entirely asinine way. I don’t think anyone involved with the production was planning on award nominations or the like. So, if you’re just looking for something to do with a date or friends, Ocean’s 8 could be for you.

At the MoviesmovieOceans 8Review
sharing