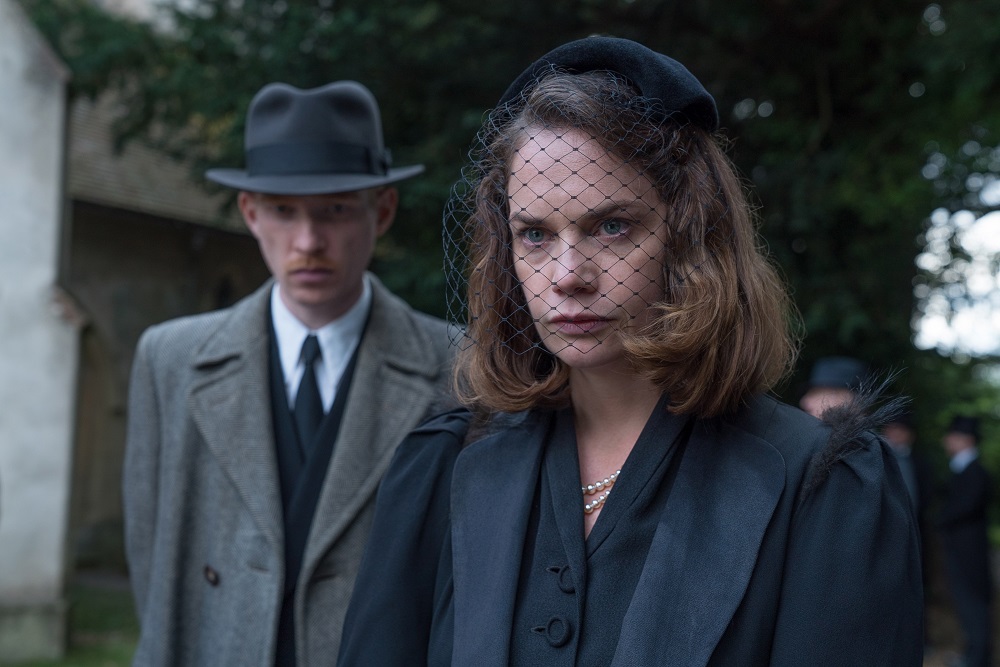 At the Movies: The Little Stranger Arrives Early

One whole month before Halloween season begins and we have a release of a retro, atmospheric horror-drama: The Little Stranger. Gothic horror is a film genre like movie musicals or romance epics, where the relevancy and following haven’t been fully alive since the mid-20th century. Similarly with Guillermo del Toro’s Crimson Peak (2015) which was fine, but a complete dud with audiences. Unfortunately, Lenny Abrahamson’s new feature will have a similar reaction.

In the late 1940s, Dr. Faraday (Domhnall Gleeson) is called in to treat a new patient at an old English mansion he just happened to visit as a child with his mother. Over time he becomes friendly with the family including Mrs. Ayres (Charlotte Rampling), her daughter Caroline (Ruth Wilson) and son Roddy (Will Poulter). The family, and even the house it appears, is haunted by the memory of the eldest daughter Sarah (Tipper Seifert-Cleveland), who died tragically as a child.

The Little Stranger is adapted by Lucinda Coxon from Sarah Waters’ best-selling novel. Abrahamson seems to be a director like David Gordon Green, with no particular theme or subject preference for his storytelling. From the quirky, amusing indie Frank (2014), to the claustrophobic drama Room (2015), and now a creepy mystery. Fortunately, Abrahamson is good with variety, and Gleeson, Wilson and Poulter still shine as three of the most interesting UK actors out there. The pacing is a very slow burn that doesn’t exactly have a payoff and won’t work for some viewers. There are no jump scares or monsters, but bleak characters and a lot of angsty dialogue.