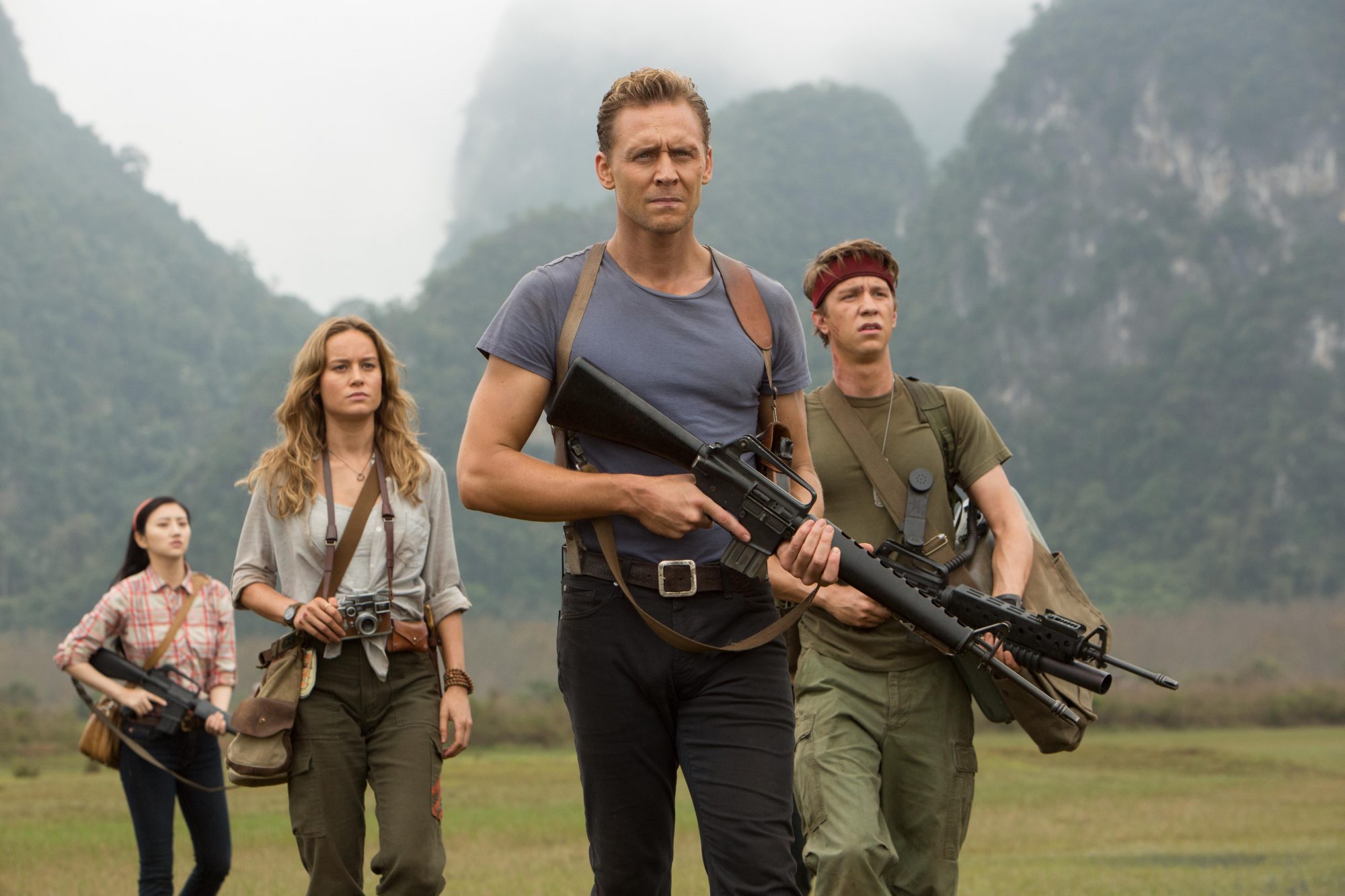 At the Movies: ‘Kong: Skull Island’ is More Style than Substance

Franchises are at an all-time high in Hollywood right now. “Soft reboot” is a gimmicky phrase to describe a new movie in a classic franchise that could be viewed as either a remake or a sequel. There are plenty of those going around right now too. So of course, movie viewers are going to want to see a new King Kong movie, with fresh characters, right? Maybe, maybe not.

Kong: Skull Island is the same basic premise as always with Kong, but instead of a movie crew traveling to a secret location to make a wildlife film, it’s a military squadron mapping out the lost island. The beautiful blonde (Brie Larson) this time is an independent photographer in pants. The title character himself is also ten times bigger than before, and the other creatures that inhabit the island are scarier as well. The CGI visual effects are quite impressive, as is the retro soundtrack and sound mixing… and that’s about it.

It’s funny that my main complaint about Rogue One last year was the lack of interesting characters and hokey dialogue, and here it’s exactly the same thing, but possibly worse. We almost literally don’t know anyone’s name in the film. There isn’t enough backstory. The female characters have no motive. The themes and tone are way too heavy-handed. The jokes are stale. The whole experience of Skull Island actually gave me a new appreciation for Peter Jackson’s 2005 King Kong, which I previously felt was tediously long for a Hollywood adventure movie.