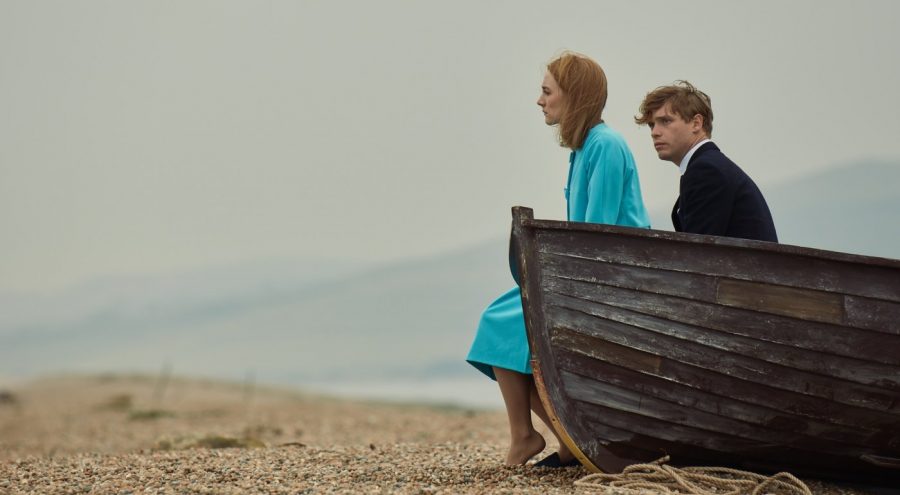 At the Movies: ‘On Chesil Beach’ Has Too Much Sap

Saoirse Ronan is rightly considered one of the best actresses of her generation—from her impressive skills in mimicking dialects to being able to deliver both comedy and drama. She received her first Oscar nomination at age 14 for Joe Wright’s period romance Atonement (2007) then two more for Brooklyn (2015) and Lady Bird (2017). Her new movie, On Chesil Beach, is her second adaptation from Atonement author Ian McEwan.

In 1962 England, Florence Ponting (Ronan) is a music student with a love for classical music and the violin. She comes from an uptight, conservative family that doesn’t understand why she’s dating Edward Mayhew (Billy Howle). Edward is from a middle-class family with a mentally disturbed mother (Anne-Marie Duff) and majoring in history at college. The two hit it off right away as a couple, only to discover on their wedding night that they might not be physically ready for each other.

On Chesil Beach is directed by Dominic Cooke, who makes his film debut after a career of directing stage plays, and adapted by McEwan himself. Ronan is one of those actors who fortunately can still bring a solid performance to mediocre material, which is unfortunately what we have here. Cooke’s direction is fairly basic and obviously theatre-trained, and the execution of the characters’ issues come off as too melodramatic in a bad way. Howle, while technically fine with his lines, doesn’t have much of a screen presence and is rather forgettable. Unless you’re a huge fan of Ronan or McEwan, there’s no hurry to see this one.