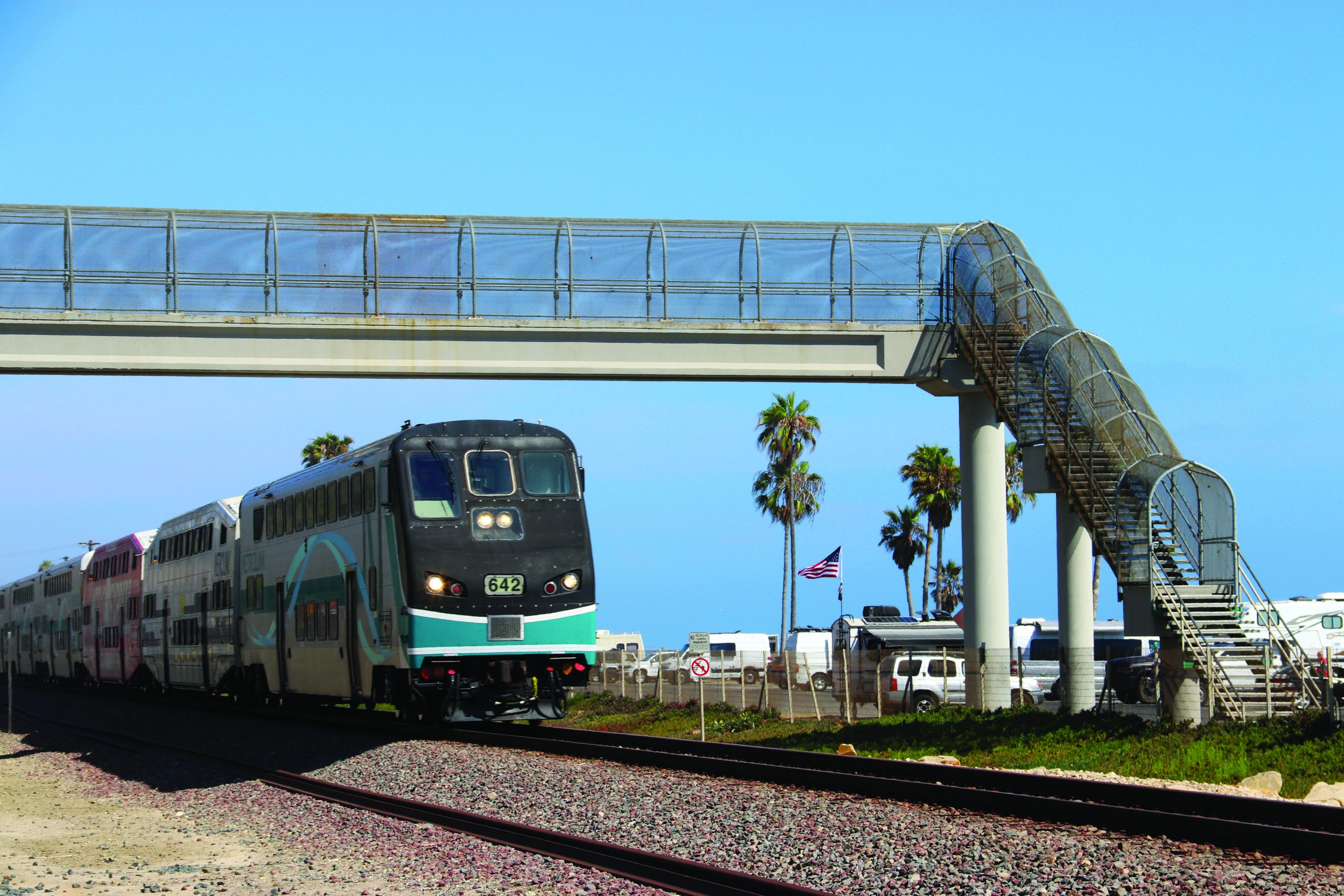 Train operations between much of South Orange County and Oceanside have been suspended until early October as crews work to stabilize a portion of the railroad in south San Clemente, where movement in the tracks was found.

Metrolink announced this week that train services would be halted from the Laguna Niguel and Mission Viejo station down to the Oceanside station, beginning Thursday, Sept. 16 and lasting through Oct. 3.

Amtrak also announced that the Pacific Surfliner would not run between Oceanside and Irvine through the same period. Both agencies said services are expected to resume as early as Oct. 4. Metrolink added that should the work be completed earlier than planned, services would resume.

According to Metrolink, officials had measured movement on the railroad tracks in San Clemente’s southern region, just below the Cypress Shores neighborhood, prompting the emergency track work.

“Safety is the foundational value of Metrolink and the movement of the tracks was small, but nevertheless it was incumbent on us to remediate the tracks right away so that it wouldn’t get worse,” Metrolink spokesperson Paul Gonzales stressed on Friday, Sept. 17.

Gonzales further noted that the tracks sit at the bottom of the bluff—”where the sea meets the land.”

“What we’re looking at is there’s an interaction between the sea and the sand and the earth, and due to that entire interaction, there was some movement of the earth,” he said.

As early as Thursday, crews had begun dropping rip rap rocks, or large boulders, onto the seaside of the tracks to stabilize the track bed. Over the coming weeks, Gonzales explained, trains pulling a few dozen cars at a time will periodically deliver the boulders to the crews.

“We have one train arriving in the overnight hours (between Friday and Saturday, Sept. 18) and another on midday Saturday, and other trains arriving during the weeks,” he said, adding, “We have to do the work when the tide is at its lowest.”

Based on the most recent commuter data this fiscal year, Gonzales said about 350 people on average board Metrolink trains at the affected stations—the Oceanside, San Clemente and San Juan Capistrano stops.

Metrolink, Gonzales said, won’t be providing any bus transportation alternatives to the three impacted stations. One of the reasons being, he noted, was because there’s not enough bus drivers who could augment services and bridge transportation from Mission Viejo and Laguna Niguel down to Oceanside.

“We’re working to do this job as expeditiously as we can and hope to have it completed by Oct. 4,” he said. “If it takes a little longer than that, then we’ll notice the commuters … (the priority is to) just finish it as quickly as we can.”