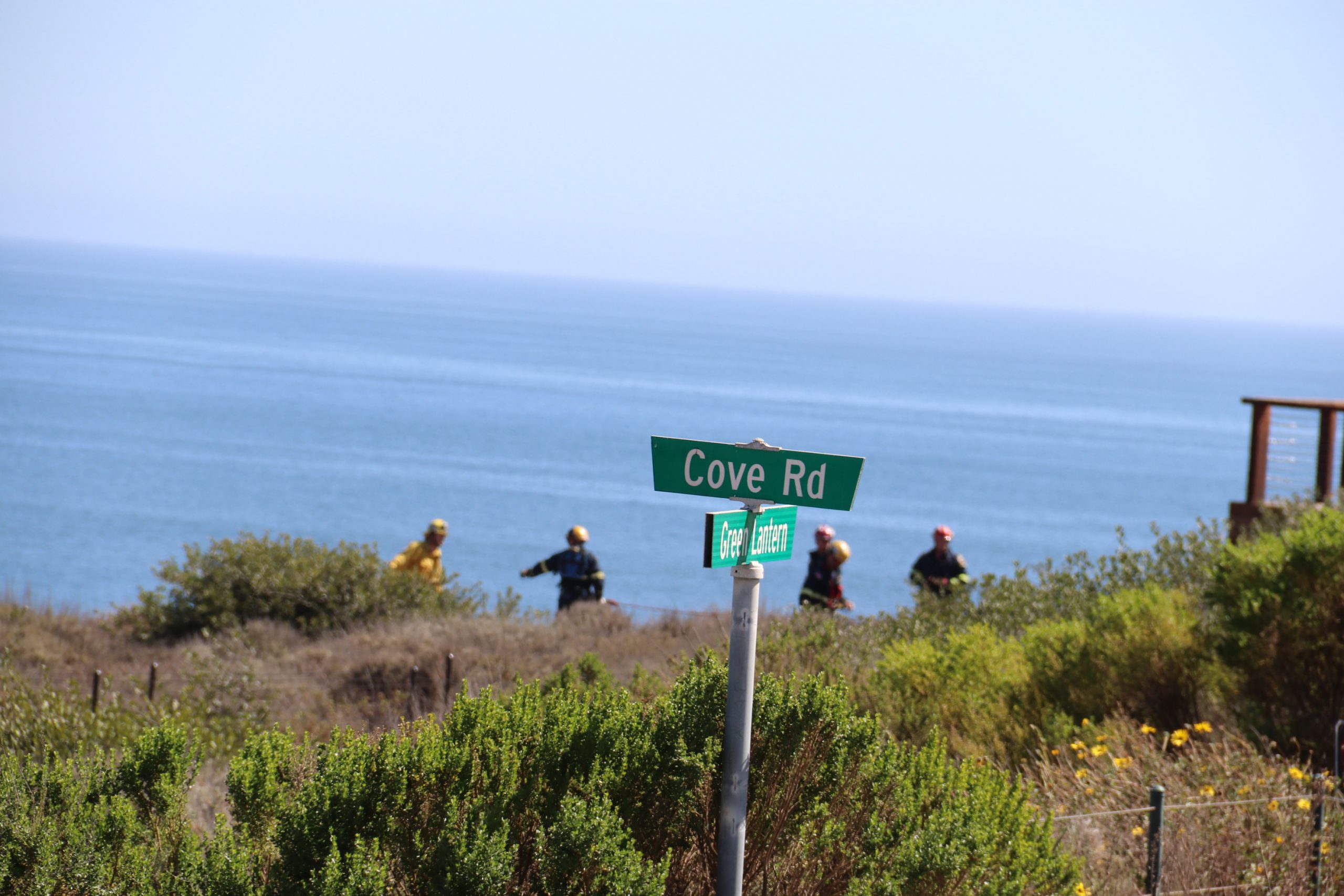 Mother and Two Children Rescued from Cliff in Dana Point

Orange County first responders rescued a mother and her two children stuck half way up a cliff in Dana Point on Wednesday, April 28.

Officials with the county’s fire authority and sheriffs department were on scene at Cove Road and Scene Drive, atop the Dana Point Headlands. Orange County Fire Authority deployed its helicopter and technical rescue truck to assist.

On scene in @CityofDanaPoint for a technical rescue of one adult and two children stuck half way up the cliff. Our helicopter and technical rescue trucks are enroute to augment firefighters on scene.

“It turns out that a mom was at the beach with her kiddos,” said OCFA public information officer Capt. Sean Doran. “At one point, one child started climbing the cliff. The mom climbed up after the child while her other child, unbeknownst to her, climbed up after her.”

Doran added that the mother and two children found safe refuge at a higher point on the cliff in order to await rescue.

Firefighters from the technical rescue used a rope lowering system and all three people were secured by rescuers as they prepare to be lowered. The helicopter remained on scene in a high orbit in case it was needed. After the three individuals were lowered, they were assessed by paramedics.

“They had nothing more than scratches on them,” said Doran. “All three people are going home with just some scrapes and quite a story to tell.”