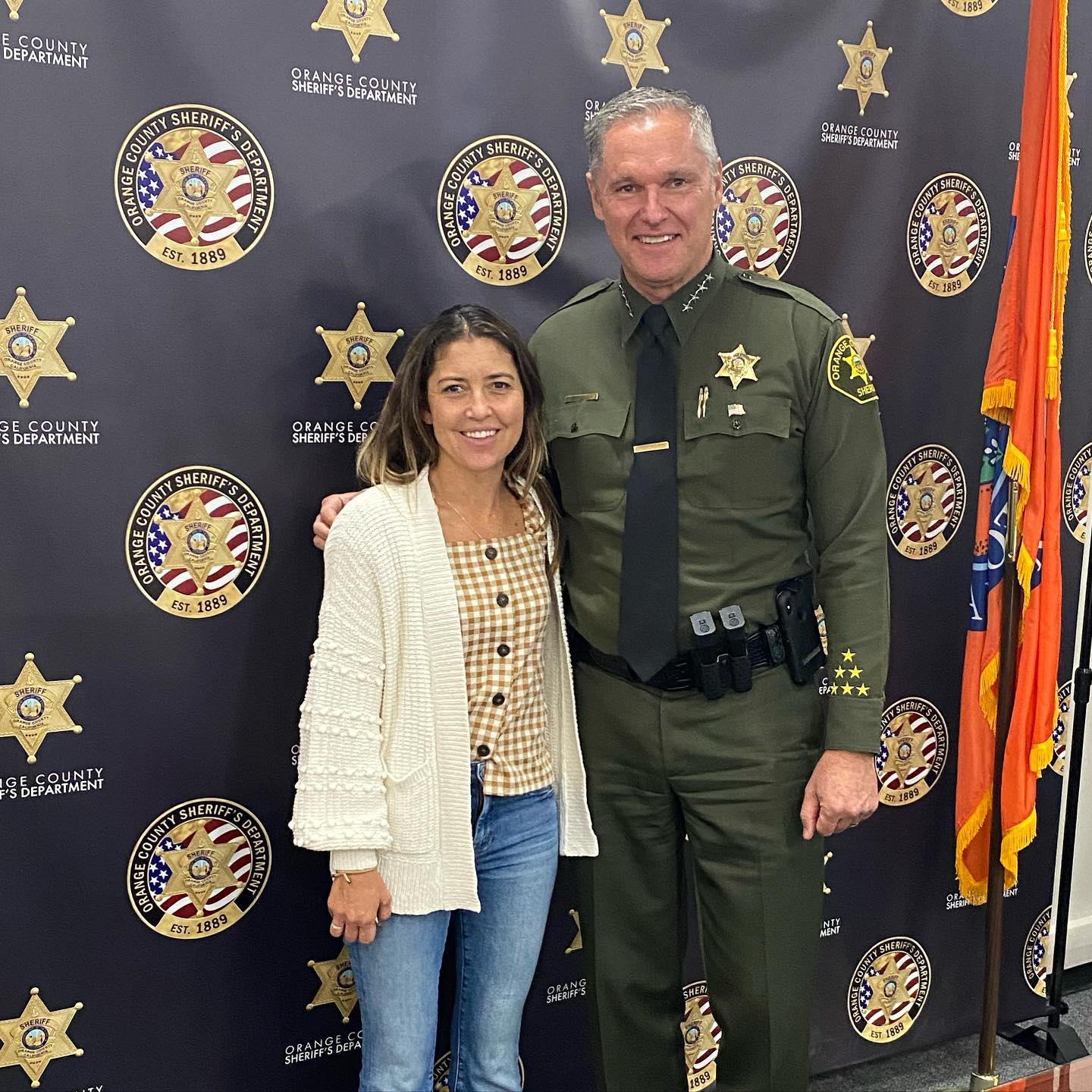 It was about 8:40 a.m. on Nov 18 when Julia Bonin was driving her son to school in Dana Point.

On the way, she had spotted whom she believed to be Noah Clare, a missing 3-year-old boy, his teen cousin, Amber Clare, and Noah’s father, Jacob Clare, walking along Pacific Coast Highway.

The Dana Point resident and mother trusted her instincts.

“I had an instinct that it was them,” she recalled to reporters in a media briefing last week, adding: “As I pulled up to the school where I was supposed to be volunteering (that) morning, I looked at my son and said, ‘I have to go back. I think it might be them, and I have to make sure.’ ”

Noah and Amber had been missing from Tennessee and Kentucky, respectively, since Nov. 5. The Tennessee Bureau of Investigations had put out an Amber Alert for Noah and led a search to locate the two minors, as well as Jacob—who is accused of abducting the cousins and now faces multiple state felonies.

Earlier last week, authorities called on the South County community to help with the search after the vehicle involved, a silver Subaru Legacy, was found in San Clemente. Later, images taken from surveillance cameras showing the three walking in San Clemente were released to the public.

Recognizing the three from those images, Bonin had a gut feeling she just couldn’t shake off.

“This feeling just didn’t go away,” she said. “It was very much instinctual and very much a gut feeling that it just stayed with me.”

After dropping her son off at school, Bonin drove back to the area she had last seen the three. She saw that they had entered Doheny State Park. Though they were on the other side of the train tracks, she was able to keep sight of them, step out of her car and take photos from a safe enough distance before contacting authorities.

“I took a picture and felt like I had that barrier, but I didn’t approach or say anything. But I had to make that phone call and let police and detectives do their job,” she said, later noting that had she approached them and “said anything, it would cause a disruption. I didn’t want them to flee.”

Bonin waited around for about another 10 to 15 before she received a phone call back from the police. They had asked her to meet them in the park, as the children had been found safe, while Jacob had been taken into custody.

“They had them in custody, and it was just a really good feeling,” Bonin said of the aftermath. “I have children of my own, and I would want somebody to do the same.”

According to Orange County Sheriff Don Barnes, Jacob, a Kentucky resident, was arrested on a Tennessee warrant in connection to the aggravated kidnapping.

The Orange County District Attorney’s office on Monday, Nov. 22, also charged Jacob with one felony count in connection to the kidnapping and seven others relating to the sexual abuse of a minor.

According to the DA, Jacob is “accused of engaging in unlawful sexual intercourse” with Amber Clare, his 16-year-old niece. If convicted on all charges, Jacob could face a maximum state prison sentence of 14 years and four months.

“No parent should have to suffer the trauma of not knowing where their child is and when or if they are ever coming home,” DA Todd Spitzer said in a press release. “The blatant exploitation of these children and the pain and misery the actions of a single individual has caused is unconscionable.”

“These are innocent children, and the selfish and depraved acts of this individual ripped a little boy out of the arms of his mother and stole the innocence of a little girl,” Spitzer continued.

Barnes last week was asked by reporters why Jacob chose to travel to Southern California, but he said any connection to the state was unknown at the time.

Noah was reunited with his family hours after being found. A video that OCSD shared on social media showed the tearful reunion between Noah and his mother, Amanda Ennis.

Referencing the digital freeway signs authorities use to notify drivers of Amber Alerts, Barnes said during the press conference that “it’s not very often we get to come back on the news and say, ‘Hey, we got him,’ so it’s a really good feeling.”

As for Bonin, Barnes called the Good Samaritan a “superhero” for notifying police, and praised her instincts, which led to the conclusion of the weekslong Amber Alert that had stretched from Tennessee.

“I want to thank Julia for following her instincts, even when her conscience was saying this is probably nothing,” he said. “I think she’s proud for following the right thing.”