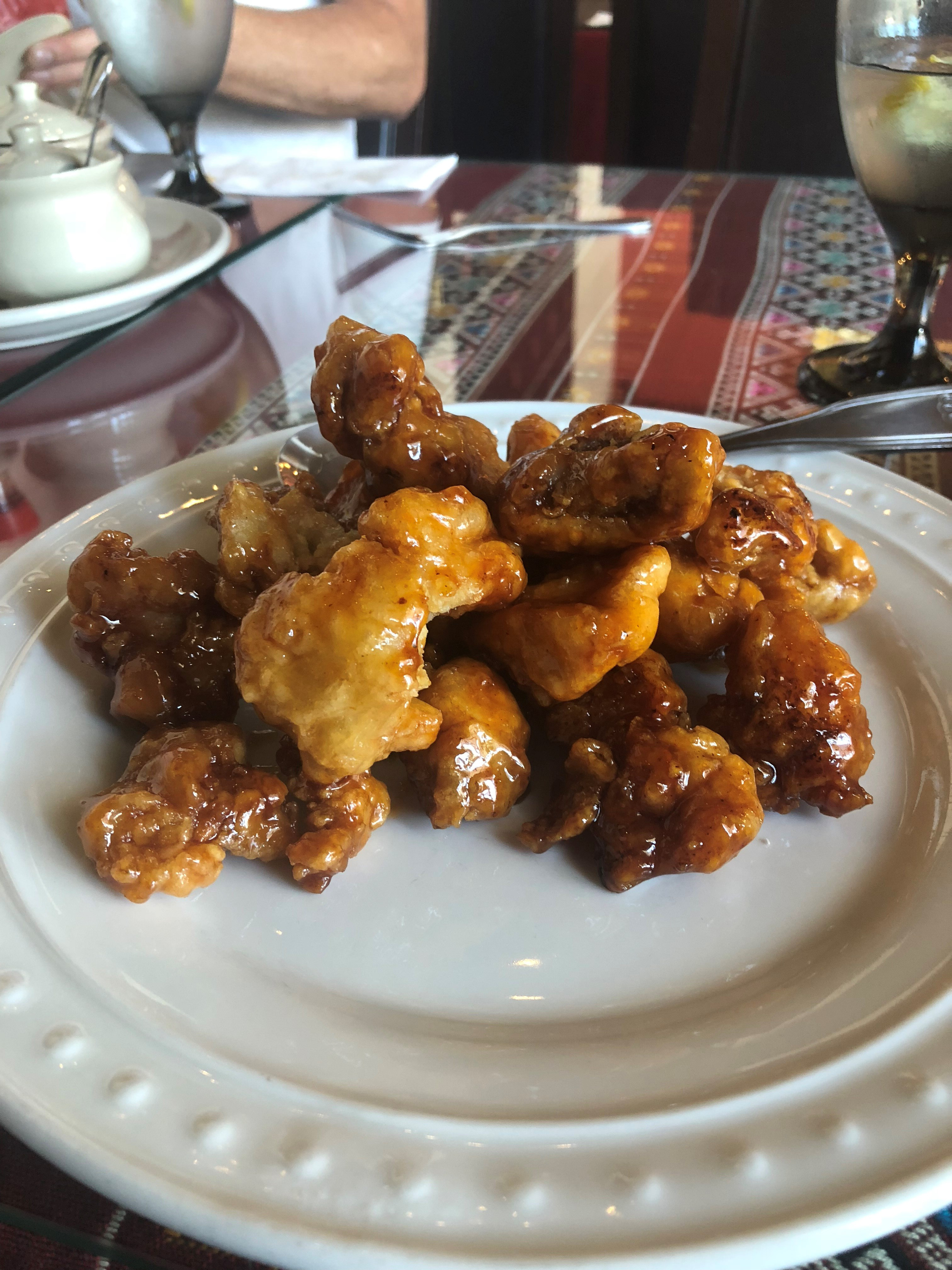 GETTING OUT, Restaurant Guide

On the Menu: Orange Peel Chicken from Thai Dara 2

Next restaurant up—that’s how swiftly Thai Dara 2 came into the old location of Little Thai Hut just a couple months ago.

Thai Dara has already established itself as a formidable Thai restaurant in Dana Point, and its sequel has not disappointed.

That said, when trying a place that has just opened, sometimes it’s best to go with what you know and venture into something a little more interesting (I’ll be back, spicy shrimp and scallops).

This week, a hearty sampling of the orange peel chicken was in order. No surprises: the outer shells were crispy but easy to penetrate, as the zesty encapsulation gave way to the steamy chicken.

This is a dish that can easily be shared, as the mountain of chicken was consumed only to the base before having to rest for dinner and try for the summit later.

If you’re really hungry, accompany the orange chicken with some of Thai Dara 2’s spring rolls.