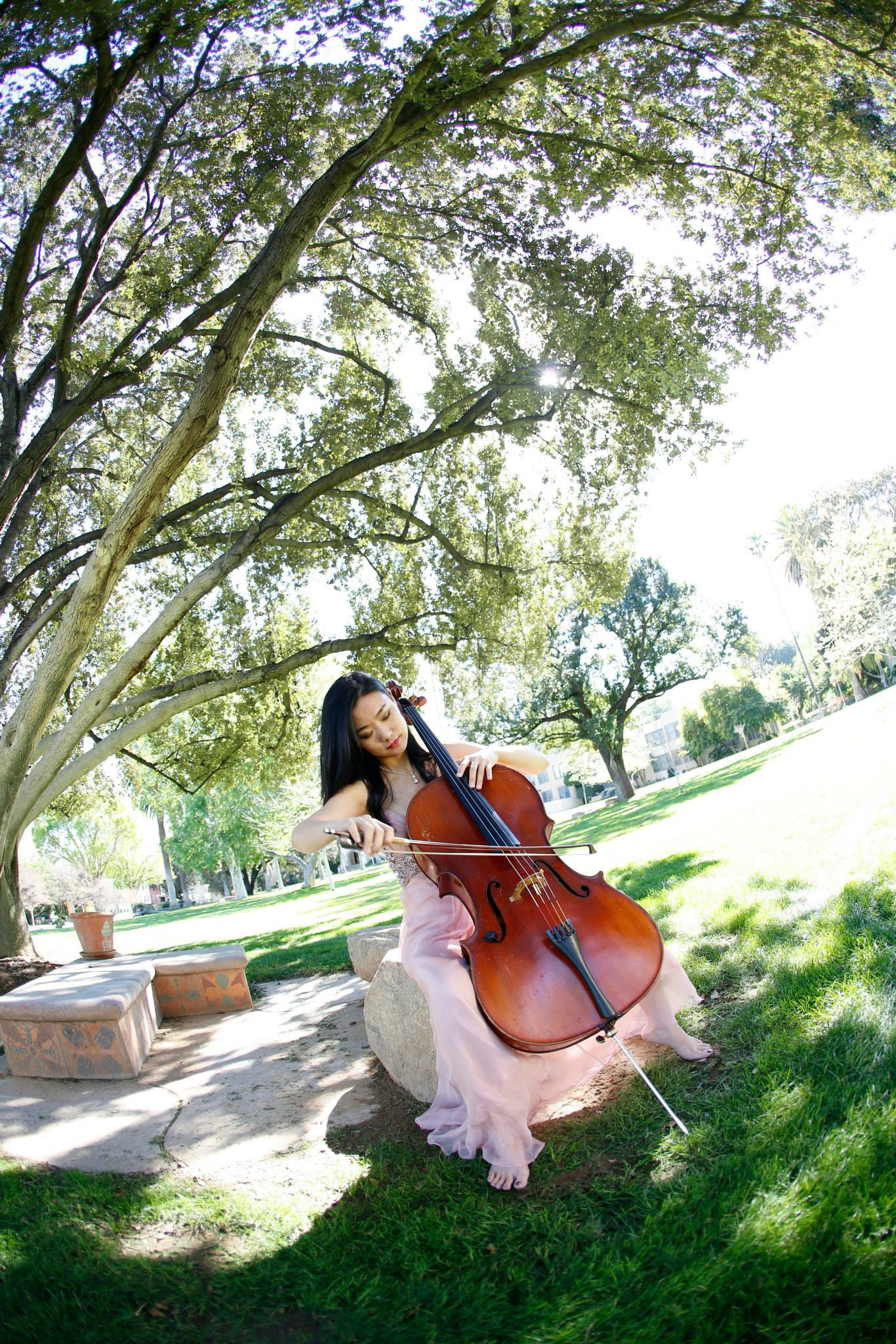 As the 2015 “One World” season of the Dana Point Symphony Orchestra continues, so does our series featuring artist bios and interviews meant to introduce Dana Point audiences to some of the DPSO’s musicians.

Coco Yanan Hu, principal cellist, is the subject of this week’s feature.

Hu’s love of music began in China with piano and cello lessons starting at the age of 6 and eventually led to a bachelor’s degree and a master’s degree in cello performance from Xi’an Music Conservatory studying under acclaimed professor Xiaoying Han.

After performing throughout China, other countries in Asia and Europe with Xi’an Symphony Orchestra and Shanghai Philharmonic Orchestra, Hu moved to the United States in 2012 to continue studying cello at la Sierra University under Pin-Fei Tang.

Hu currently serves as the principal cellist for the La Sierra Symphony Orchestra as well as the DPSO and often works in Hollywood as a recording artist.

She is also passionate about teaching cello and is a faculty member at Academy of Visual and Performing Arts as well as giving private lessons to aspiring young cellists in Orange County.

COCO YANAN HU: When I was around 3 or 4, my mother noticed I had a special reaction when I listen to classical music. When I was old enough to start playing an instrument, my mother gave me an opportunity to explore classical music through piano lessons. I showed not only talent, but also passion. Eventually, as I learned more each day, my love of music led to me cello. Ever since, cello has been a huge part of my life.

CYH: I would have to say Yoyo Ma. His performances and music always inspire me. He has a unique ability to make new interpretations on classics and play different genres beautifully. His cello performance produces a rich tone that brings out the deep emotions and feelings from the music he plays.

CYH: I enjoy performing with my fellow musicians. They’re very talented. When we perform together, I find myself in an enjoyable, calm and relaxed atmosphere. Their passion helps me thrive, energizes me and lets me devote myself to music. Also, the environment around me, the beautiful beach, really inspires me.

CYH: It’s hard to pick only three, but Brahms’ Symphony No.4, Beethoven’s Symphony No.7, and Villa-Lobos “Bachianas Brasileiras” No. 5 come to mind.

Visual art by Rita Pacheco will also be on display.