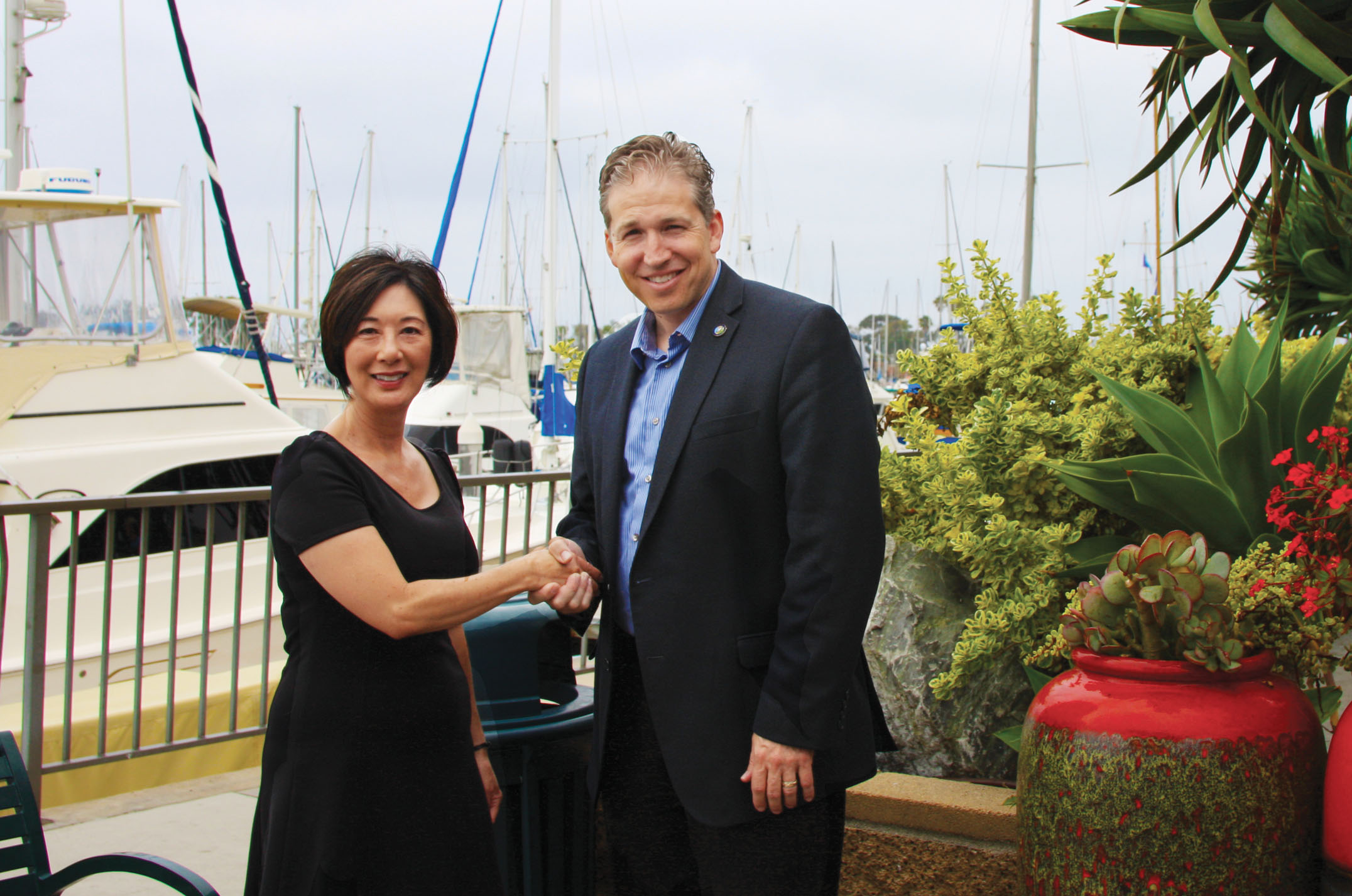 Meet the Candidates: 5th District OC Board of Supervisors Hopefuls Speak Out

With Orange County Fifth District Supervisor Pat Bates terming out and making an unopposed run for the State Senate’s 36th District seat, Dana Point Mayor Lisa Bartlett and Laguna Niguel Councilman Robert Ming are in the running to replace her.

Both Bartlett and Ming are terming out of their city council seats, having each served two consecutive four-year terms in their respective cities.

The county supervisor race is a top-two election format where, originally, four were in the running for the Fifth District seat. Ming and Bartlett won their spots on the November ballot by beating Mission Viejo Councilman Frank Ury and county Deputy District Attorney Joe Williams in the June 13 primary.

Each of the county’s five districts elects one board member to a four-year term.

In the days leading up to the Nov. 4 election, more on this race will be included in the Dana Point Times ongoing election coverage.

Following are the official candidate statements, unedited, followed by highlights and excerpts from the candidates’ appearance at the Aug. 22 community forum in Dana Point hosted by the Dana Point Civic Association.

Questions for the forum were submitted by the public in advance and the meeting was moderated by Jim Miller, Civic Association president. Miller posed 12 questions to the candidates. Ming’s and Bartlett’s answers to those questions and others will be featured in upcoming election coverage.

As a Mayor, Businesswoman, past Chairwoman of the Foothill Eastern SR-241 Toll Road and 25-year resident of Dana Point, I have decades of experience to provide residents with strong, effective leadership on issues that impact our quality of life.

I hold a Masters Degree in Business Administration and have extensive hands-on experience in executive management and operating my own business. As Mayor, I have consistently delivered lean, balanced budgets that include prudent cash reserves, minimal unfunded pension liability, no debt, and promote economic growth for our local economy to counter the failed policies of Sacramento and Washington.

Public safety is government’s number one job. That is why I worked with the Sheriff and other Mayors in creating the Contract Cities Group to reduce crime and increase law enforcement resources for our region.

As a regional transportation leader, I have the leadership and experience needed to provide solutions for improved mobility and traffic relief.

My years of private and public sector experience have prepared me to serve as your Supervisor and oversee America’s fifth largest county.

I am honored to have the endorsement of Congressman Darrell Issa and many of our respected local leaders. I respectfully ask for your vote.

Integrity. Fiscal Responsibility. Leadership. These are my guiding principles and what our elected officials should deliver. As Laguna Niguel mayor and councilmember, I’ve been committed to these principles.

Integrity is about being honorable and keeping promises. In Laguna

Niguel, I promised to repave streets, maintain low crime rates, improve parks, and protect our environment. That’s what I did. As Supervisor, I’ll do the same, while bringing transparency and accountability to government.

Fiscal responsibility means making principled decisions while living within our means. I consistently voted to reduce regulations, not raise fees, or incur debt. We built our city hall on time, under budget, and paid cash, while keeping healthy reserves.

Married to Susie for 22 years with four children, I care deeply about their future. I’ll preserve our quality of life, for my children and yours.

I respectfully ask for your vote.

Robert Ming spoke of his campaign as a great experience, getting to know all of the communities in the Fifth District by spending time with the public. He referred to the Dana Point Harbor as the “jewel of the county” and Dana Point as a wonderful part of it. The Harbor Revitalization Project, he said, is “a great opportunity in front of you” along with all the other progress that’s been made in Dana Point and said he’s looking forward to seeing how all of these projects can get done.

On the type of leader he would be, Ming made the following comments:

“I’ve always believed the way we should lead is to listen to local residents. That’s why I’ve been focused on making sure that local control is fought for and listened to, so as you are involved in this process—as you have for many years, 10, 20 maybe even 30 years for some of you—It’s important to keep in perspective the competing interests.

“Three things my campaign is focused on are integrity, fiscal responsibility and leadership. Integrity means say what you mean and mean what you say, and do what you say you’re going to do. That’s what I believe every elected official should do.

“Fiscal responsibility—we run balanced budgets and in Laguna Niguel we have no debt.

“Leadership is finding solutions to problems and bringing people together so that we can move forward. And that’s what I intend to do.”

Lisa Bartlett said one of her main reasons for running for City Council was a desire to see some of the projects in Dana Point move forward.

She pointed to her land use background as a real estate broker being helpful in her first four years on council with getting master plans approved by the city, county and California Coastal Commission for the Town Center-Lantern District and Harbor projects.

Her second four years, she said, were spent working on the Doheny Village revitalization plan, for which a master plan is expected to be completed in the spring of 2015.

Bartlett said she is excited to see the Doheny Village plan move forward, as it will effectively tie the city’s three major land use areas together.

“That’s part of the legacy I would leave behind … to have some of these projects we’ve waited for, for so long, actually moving forward and to have been a part of that process,” Bartlett said. “As county supervisor I want to continue with that and make sure these projects continue to move forward.”

On the type of leader she would be, Bartlett added the following:

“I’ve always had an open door policy … I’m one of the very few elected officials who puts their cell phone number on their card … It’s great to hear from residents, community leaders and business leaders … In Dana Point we really listen to the community when projects come forth and at the county level I would continue to do the same.

“I’ve got a great track record for fiscal responsibility. Our city is well run, we have no debt, a balanced budget every year, cash reserves and in 2009 paid off our unfunded pension liability … I would carry that forth to the County of Orange.”

A QUESTION FROM THE FORUM

What are some of your top priority issues facing the County of Orange? Give at least three.

Public safety is also of high priority, she said, adding that, “With the early release of prisoners coming into our communities, it is important to keep cities safe by crafting good policy decision on the Board of Supervisors.”

She also mentioned the importance of working toward a goal of finding ways to make county government work more effectively and collectively together for better delivery of services and more cost effective operation.

Ming highlighted the need to fix the current compensation structure for pensions, pointing out that, “If the county can’t operate on a budget, we are going to have a problem.”

Efficiency is also on his priorities list, an issue, he says, holds plenty of room for improvement.

Making a “huge push forward” for county projects such as revitalizing the Harbor and transportation projects, such as completing the La Pata extension, also top his list.

READERS: If you would like to suggest questions for candidates in any of the upcoming races, please send an email to aswayne@danapointtimes.com. We also welcome letters to the editor. Please adhere to a 350-word maximum and include your name, phone number and city of residence.