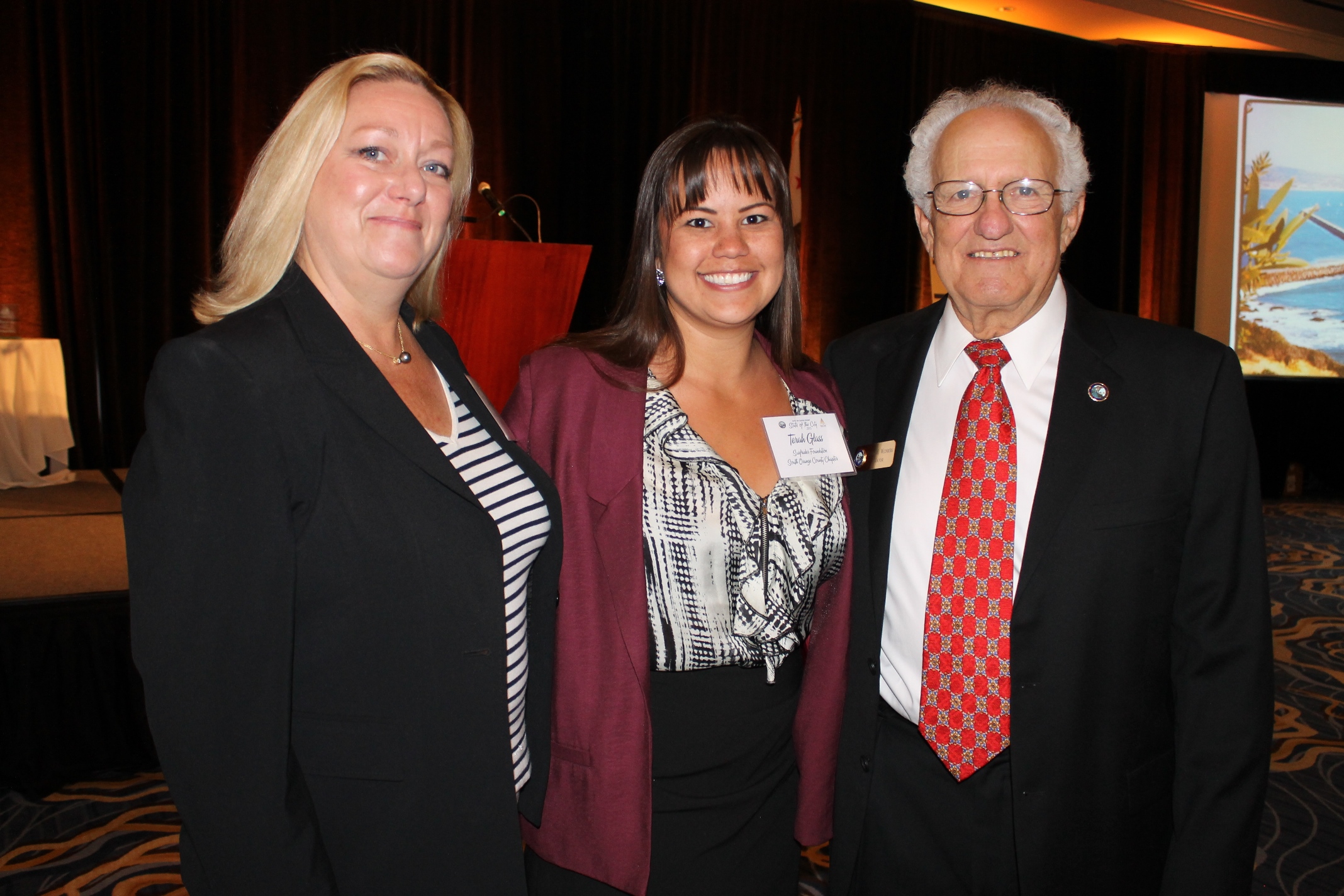 Mayor Hightlights Longevity in State of the City Address

Looking to the city’s next 100 years, Mayor Steven Weinberg said groundwork is being laid for a successful future

Mayor Steven Weinberg addressed a crowd of about 200 people Monday at the Laguna Cliffs Marriott Resort & Spa and used his State of the City address to highlight the city’s ­­­­­assets and progress.

“As they say, a picture is worth a thousand words, and today we will show you why our city continues and will continue to be a five-star city,” Weinberg said.

Weinberg then stepped away from the lectern and took a non-traditional approach to his speech, handing the spotlight off to himself in a video. The Mayor’s video presentation focused on the town’s history, leading to the Dana Point of today, and how the city’s five-star standard can be maintained for the next 100 years.

He pointed to projects being done in the city to achieve this goal, including Harbor and Doheny Village revitalization, Headlands preservation and Town Center. The video featured Weinberg at various Dana Point landmarks, including the Doris Walker Outlook at Heritage Park, the Headlands, Pacific Coast Highway pedestrian bridge, the Ocean Institute and more.

Awards were presented to area businesses and organizations working to enhance the city.

“The Dana Point Beautification Award’s purpose is to build a sense of community in keeping Dana Point a beautiful place in which to live and work,” said Terry Ross, chairwoman of the Dana Point Chamber of Commerce.

Recipients included Nordhavn, the fine yacht manufacturer that recently completed a remodel of an ailing island-side Harbor location, The Surfin’ Cowboy, a bar and restaurant that rehabbed a Capistrano Beach building that had fallen into disrepair, Tavern on the Coast, a newly opened eatery in the heart of Town Center and Lantern Bay Villas.

An award was also given for revitalization efforts at the OC Dana Point Harbor and Harbor director Brad Gross and Orange County supervisor Pat Bates (5th District) were on hand to accept the award. Other notable guests included representatives from the offices of U.S. Rep. Darrell Issa, state Sen. Mark Wyland and state Assemblywoman Diane Harkey.

No questions were asked during the mayor’s call to the audience, but a joke about a question Weinberg received at his last state of the city, “Can you really see out of those glasses?” did bring a chuckle from the audience.

Weinberg thanked the city council and city staff in working toward a common goal of balancing the city’s budget, maintaining services and being fiscally responsible.

“Our city is still in great shape and providing five-star service to our citizens and visitors,” Weinberg said, “we are preparing for the next hundred years.”

The event was hosted jointly by the city of Dana Point and the Dana Point Chamber of Commerce.

Dana PointDana Point Chamber of CommercefrontpageState of the City
sharing