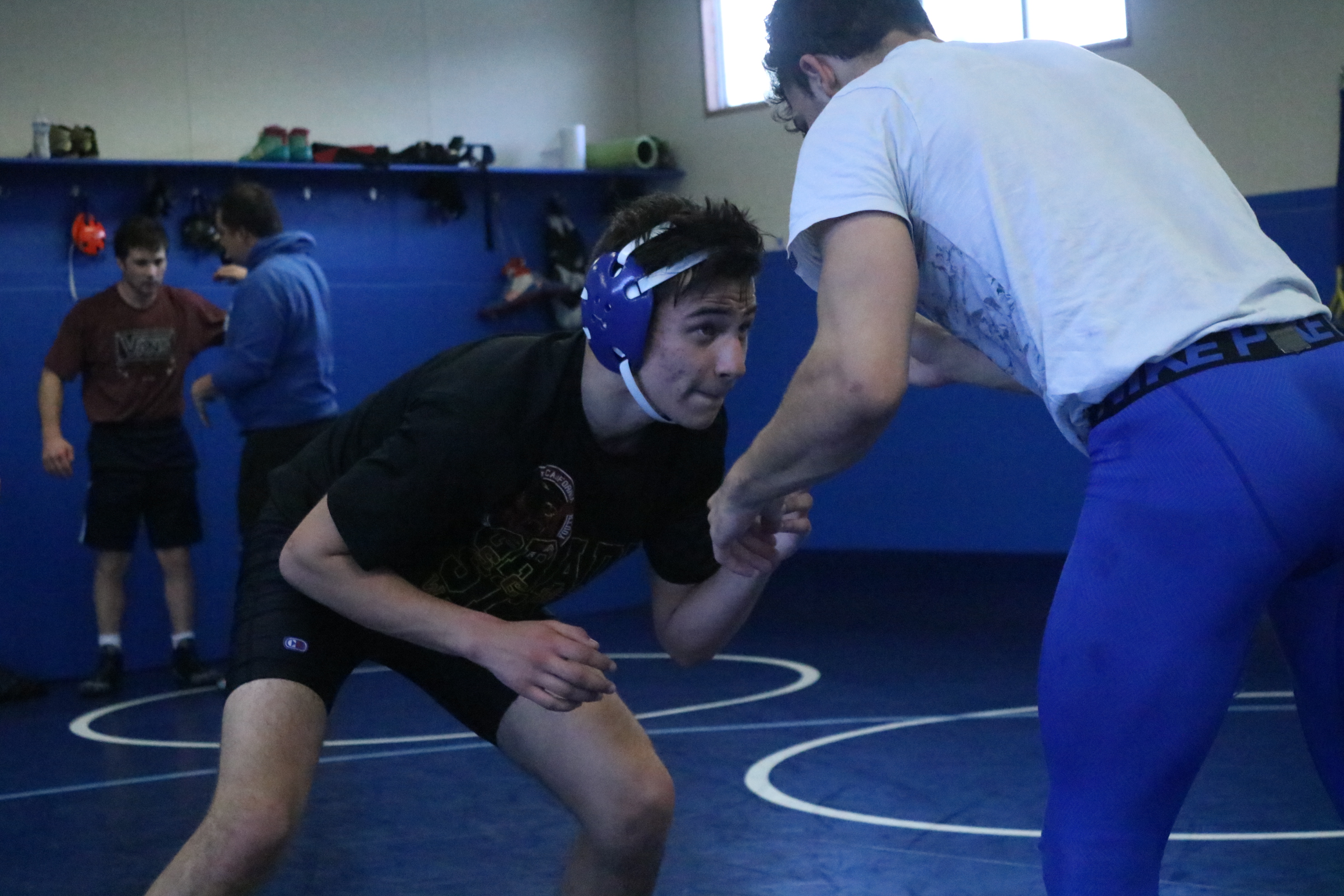 When following the results of the Dana Hills High School wrestling team all season, senior Colin Reider wouldn’t necessarily have been the pick for last man standing.

There were more than a few Dolphins with technical talent and multiple podium finishes. But Reider wrestles with his head and placed no higher than seventh this season.

When the dust settled and other wrestlers were thrown to the side in the CIF-SS Coastal Division tournament at Westminster High School on Feb. 17, there was Reider on the podium in fourth place at 138 lbs. as Dana Hills’ first CIF Masters qualifier since 2013.

“It’s still unreal,” Reider said. “Going into CIF, I was thinking that I just wanted to place (in the top eight) and then making it as far as I did … I made it on the first day. I won the first three matches. After that third match, I was crying. I just couldn’t stop. Even thinking about it still, I’ll get a little teary eyed.”

Reider won his first three matches by pin, including his quarterfinal win over the No. 2 seed to punch his ticket to the semifinals and Masters qualification.

“You should have seen how emotional he was when he beat the guy in the quarterfinals,” Dana Hills coach Reza Abedi said. “That guy was clearly better, but (Reider) just drilled his head. He

wrestles with his head, just put his head down and that’s how he beat that guy. He literally grinded that guy down and made him quit.”

The match was perfectly emblematic of Reider’s style. While it was usually one-point decisions and not always pins, Reider is a hard worker that brandishes his physicality over technical ability.

“I’m not the most built guy,” Reider said. “I’m pretty athletic, but for me, it’s toughing it out. Coaches say you’ve got to want it. At this point for me, it’s all a mental game. I don’t have advanced moves. I’m only getting to where I am because I’m not quitting.”

After a long and demanding season, that mental fortitude is key for Reider as he moves on to the Masters meet on Feb. 23 at Temecula Valley High.

“That’s how you win matches from here on,” Abedi said. “After league finals, the kids that mentally stay sharp can win. I don’t doubt it if this kid goes top 10 and goes to state because that’s how he is.”

Reider is the last Dolphin competing, but he’s not the last one in the wrestling room. His teammates still join him in practice with senior captain Levi Jones as a grappling partner.

It’s different for Reider, but he’s trying to stay level in hopes of moving on one more week.

“I never felt like I was the best on the team or anything,” Reider said. “But being the only one going on, it’s made me see everything different. I’m trying to keep the same head going into Masters as I did CIF.”