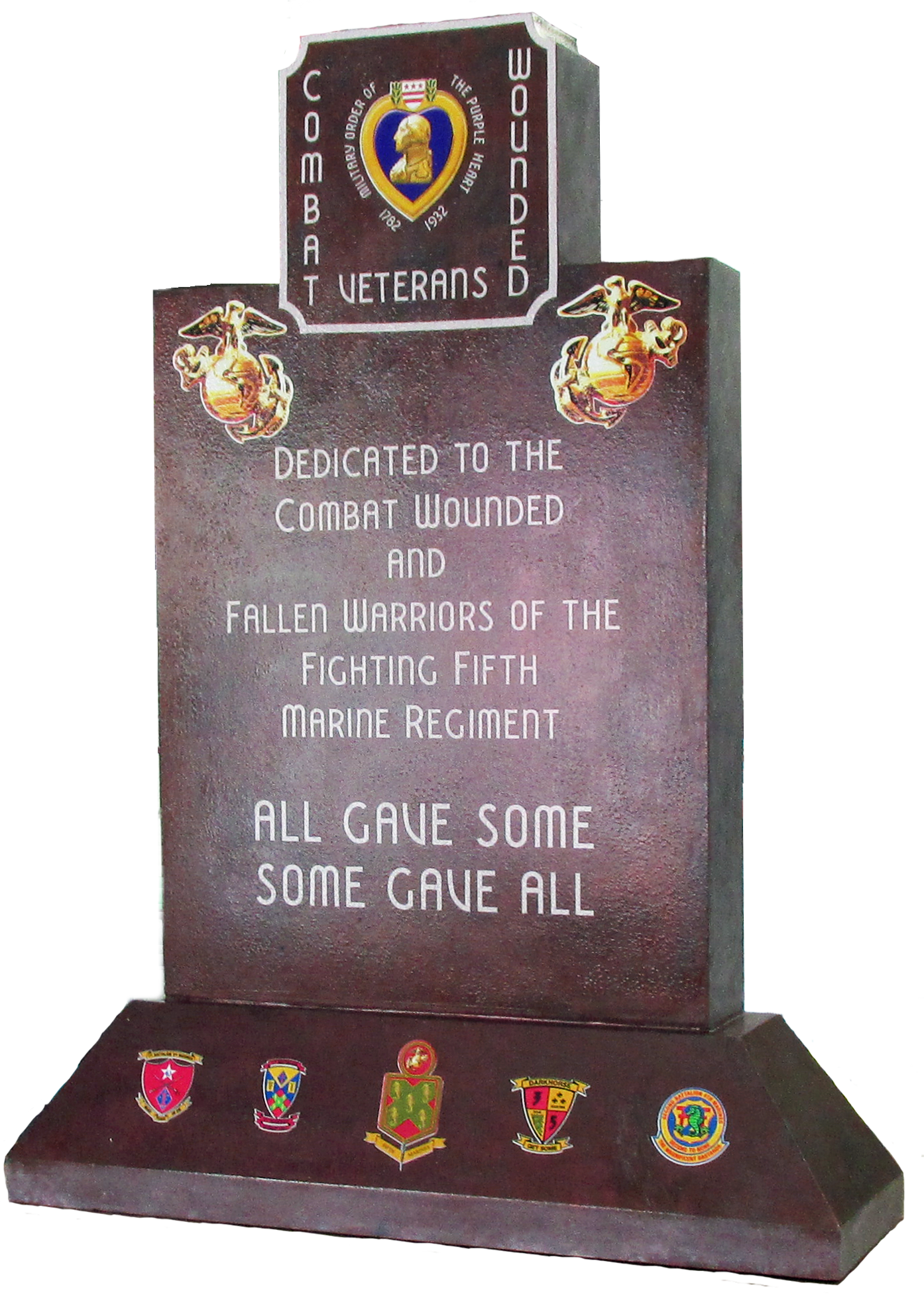 To honor those who have served in the military, the Dana Point 5th Marine Regiment Support Group is working toward creating a Purple Heart Monument.

Col. Ken Kassner, who has been injured twice, wanted to see a monument constructed in honor of those who have been injured or died while serving in the military.

Members of the city’s 5th Marine Regiment Support Group wanted to honor Kassner’s desire, and have been working toward that goal.

“Our support group agreed to do some fundraising to make his vision a reality,” said Dana Point 5th Marine Regiment Support Group President Terry Rifkin. “These veterans have shown bravery and personal courage and have made so many sacrifices in their lives.”

The plans for the monument have been created, but the support group is still continuing their efforts to raise funds.

The group has worked with a company on the East Coast for other monuments in the 5th Marine Regiment Memorial Garden at Camp Pendleton.

“It will be brought here with an escort,” Rifkin said. “It will reside with the other monuments in the park.”

The monument will be dedicated on Monday, February 20, 2017, which is George Washington’s birthday and President’s Day.

Rifkin said for every $500 donation, up to $10,000, the support group will match the contribution.

Donations are still being collected for the monument.

To learn more about the group, or to make a donation, visit www.danapoint5thmarines.com.