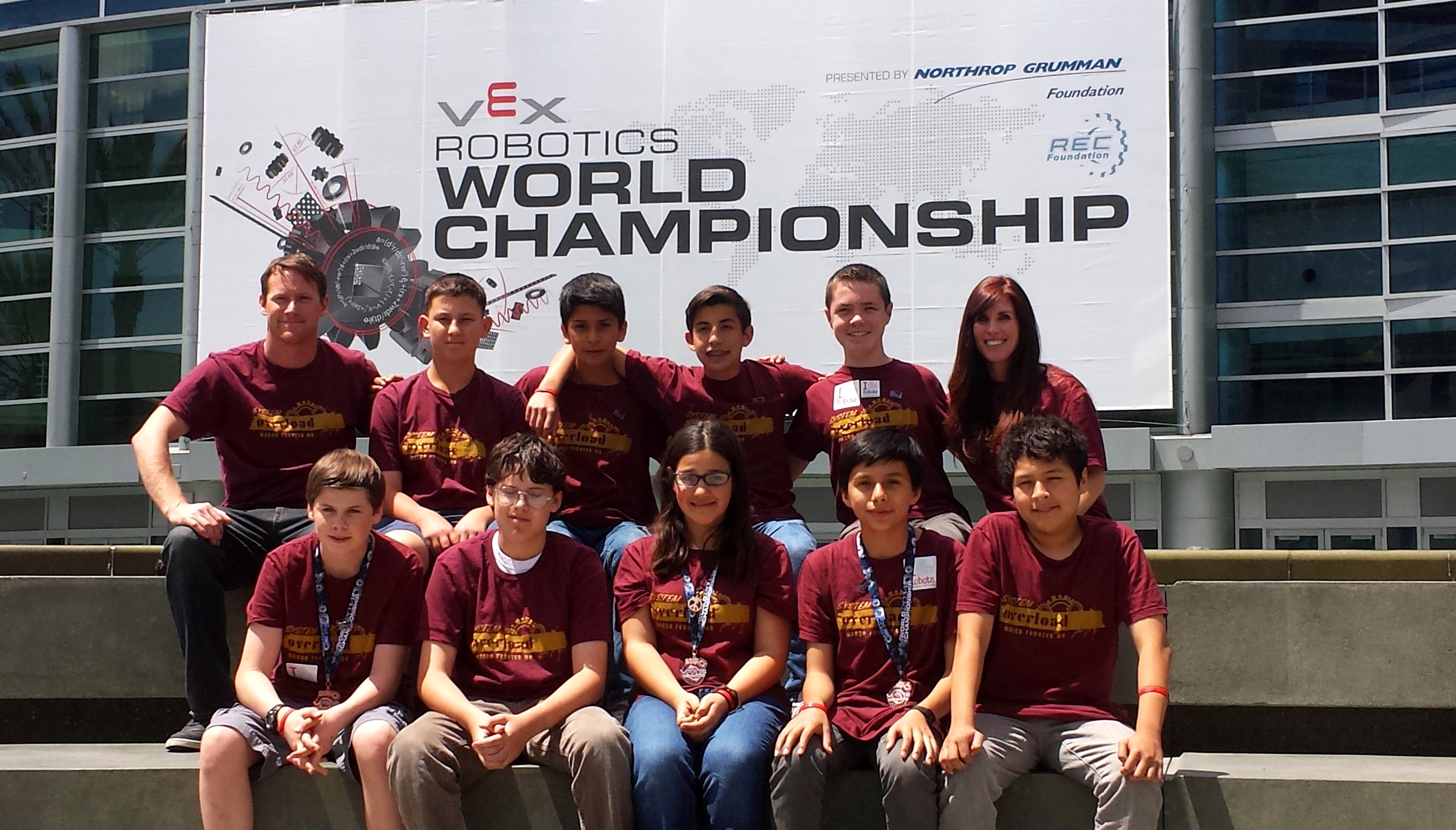 A group of students from Marco Forster Middle School showed off their engineering prowess during the VEX Robotics World Championship on April 25-26.

As part of the VEX IQ Challenge—an international competition that asks students to build robots using science, technology, engineering and mathematics, or STEM, education—three teams from Marco Forster competed in a regional event in Irvine.

One team, System Overload, won the STEM Project Award, qualifying them for the state competition in Santa Clara. There, the team won the Sportsmanship Award, putting them in the international showcase in Anaheim, where they competed against a team from China and ultimately finished 29th in the middle school division.