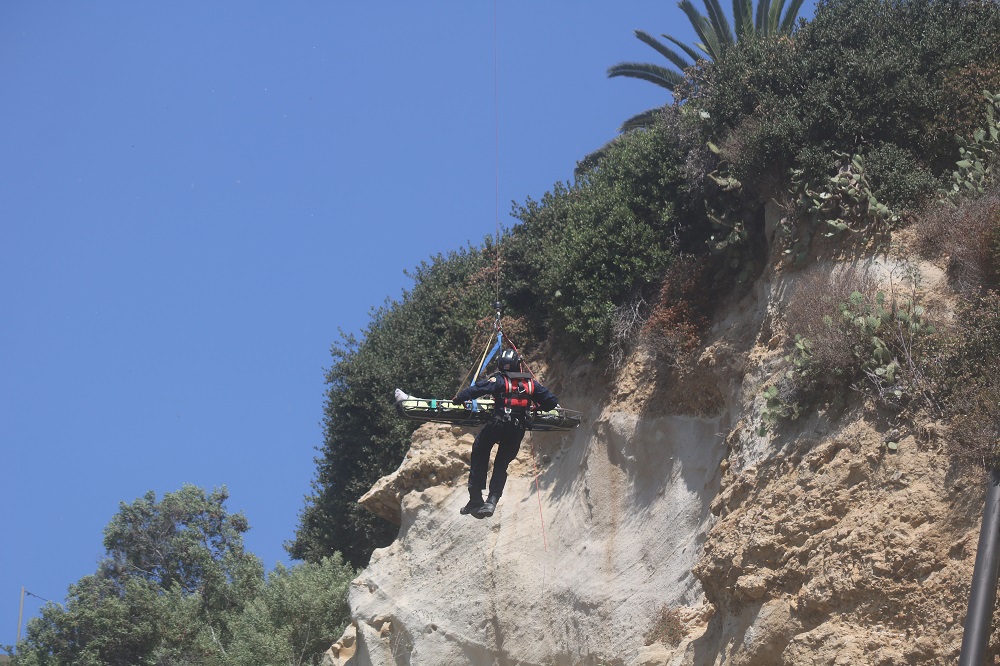 Orange County Sheriff’s Department received reports at approximately 9:30 a.m. on Tuesday, Aug. 27 of a man who had fallen off a cliff near Cove Road and Dana Point Harbor Drive in Dana Point Harbor.

Both OCSD and Orange County Fire Authority responded to the incident. The man had a pulse when responders arrived at the scene, but he was deceased before he was airlifted from the area, according to authorities.

Mason Ming says he and his family were visiting Baby Beach from Redlands when he and his wife witnessed Wilson’s fall.

“My wife suddenly said, ‘He’s falling!’, and I turned around and saw the last part of his fall,” Ming said.