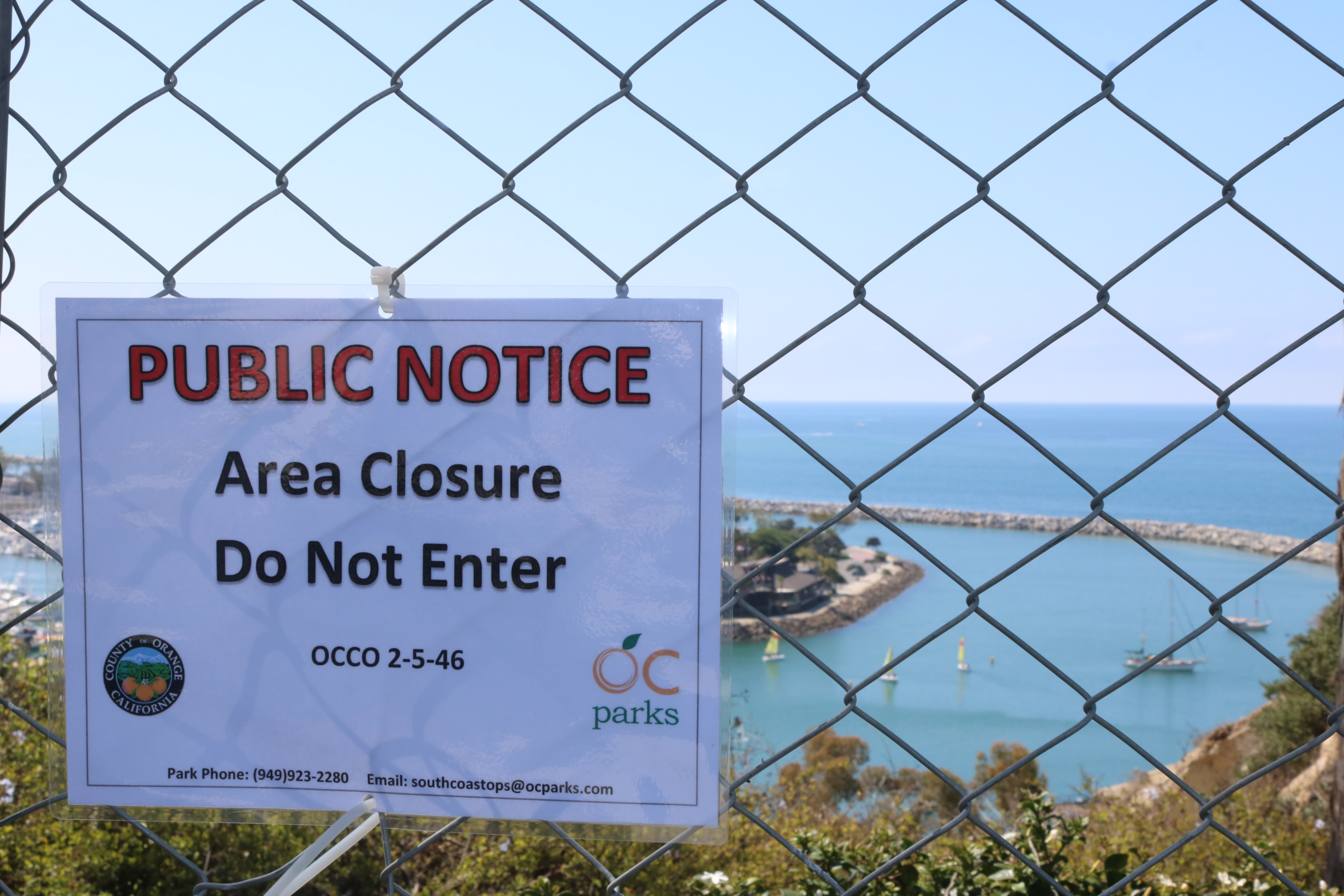 At approximately 9:28 p.m. on June 29, Orange County Fire Department (OCFA) received reports that a man had fallen from the bluff-top plateau near the Sampson Gazebo overlook.

The 24-year-old male was allegedly accompanied by another man who told OCFA the man fell to the cliffs below. OCFA Battalion 6 ground crews climbed half-way up the bluff where they packaged the injured man to be picked up by a helicopter rescue basket.

An OCFA spokesperson confirmed the man’s injuries as “traumatic,” and was rushed by OCFA Helicopter 2 to Mission Hospital in Mission Viejo.

OCFA was unable to offer more personal information concerning the injured man. No update was available from Mission Hospital.

The exact location from which the man fell from the Gazebo itself (there is an approximately 4-foot-tall fence around the interior of Sampson Gazebo) or from the surrounding plateau, as well as other details surrounding the incident, were unable to be confirmed.

OC Parks responded to questions concerning any specific changes to be made at the gazebo lookout, if any signage existed warning of the bluff drop-off at the time of the accident and the exact location from where the man fell, by saying that the county is “currently gathering information regarding the incident and the area in question to determine any next steps.” Currently, the entire area is closed off with fencing by OC Parks. Stay tuned to this story on www.danapointtimes.com.