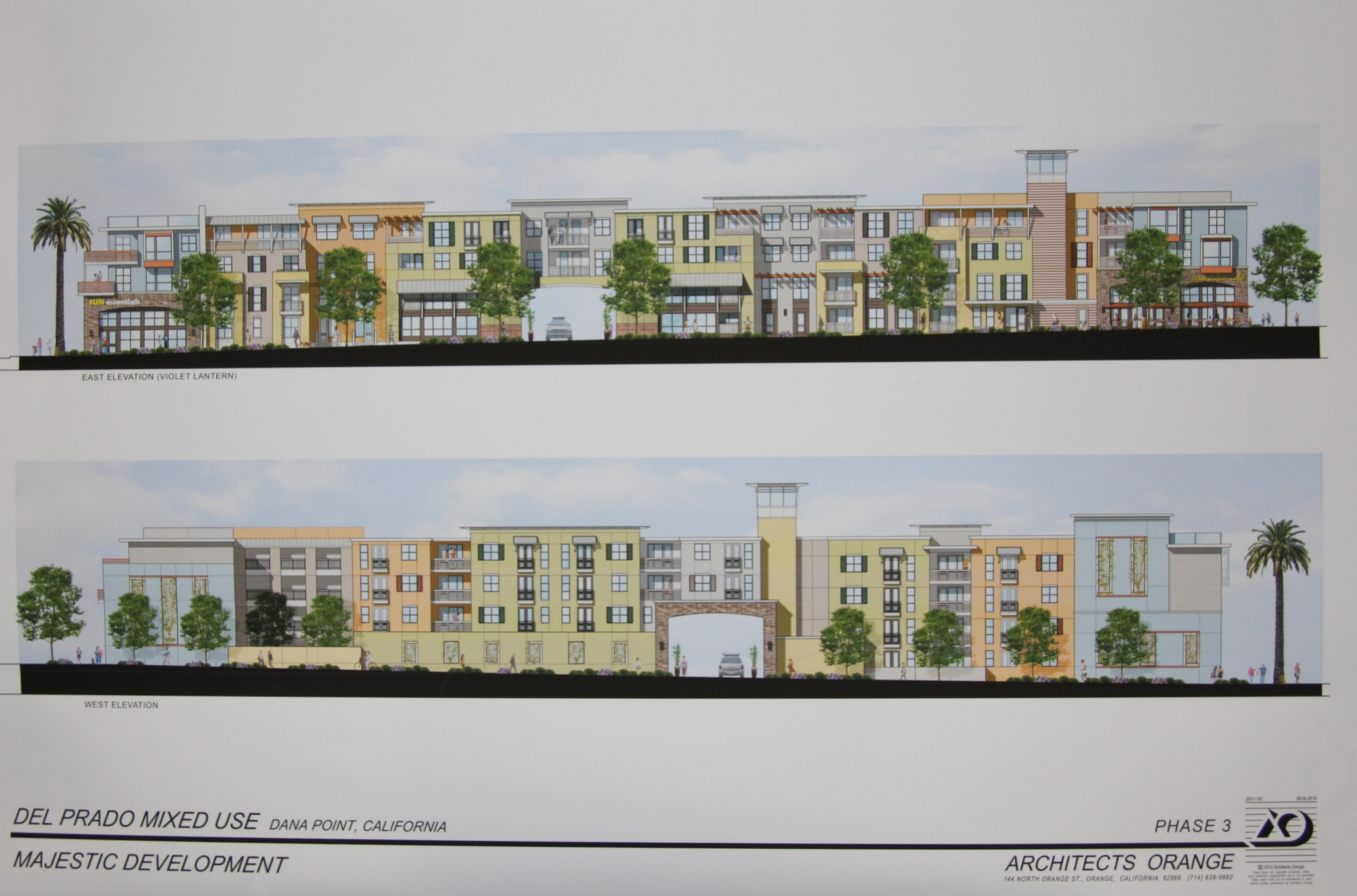 Representatives from Majestic Housing and Development presented a revised version of their Town Center/Lantern District mixed-use project proposal to the Dana Point Planning Commission on Monday.

The public hearing, held at the Community Center, was a continuation of the July 14 Planning Commission meeting.

More than 150 people came to hear the changes made in response to concerns from citizens and commissioners at previous meetings and workshops. Seventeen members of the public commented.

While many said they were pleased with the developer’s response to previous concerns, some remained troubled by parking, delivery, height, setback, public space and aesthetic issues.

The developer’s revisions included a new design with fewer blank walls, additional parking and public paseos where private courtyards were at first proposed. Majestic also withdrew their request for a height variance, agreeing to meet the Town Center Plan’s 40-foot maximum, but maintained plans to build four stories instead of the three-story maximum allowed in the city’s plan.

Resident Jack Lanier said he came to the meeting hoping to hear something positive about the plan and found many of the changes to be just that.

“This is a much better plan, so I thank you for that,” he said. “But my main concern is the massing—four stories with very little setback … buildings of that size, when you stand next to them, are huge. If you set them back 20 feet, it’s not that bad.”

Majestic’s Peggy Tabbas stressed to commissioners and attendees from the public that the revised proposal remains a “work in progress.”

The project plan calls for the construction of 111 residential units and 30,000 square feet of retail space on seven lots. It would be the first major development in the Town Center/Lantern District since the city approved $17 million to be spent on infrastructure upgrades to begin the process of creating a pedestrian-friendly downtown district earlier this summer.

The public hearing was again continued. It is scheduled to resume on Sept. 8, 6 p.m. at the Community Center, 34052 Del Obispo St.